Whether catering to travellers from the US and Europe seeking to explore the range of adventures that Iceland has to offer, or providing transit point for flights between the continents, Isavia's Keflavik International Airport presents enormous potential for development - and expansion to include lucrative new routes.

Keflavik International Airport - the largest airport in Iceland - enjoys a nearly perfect geographic location, offering a destination for tourists to Iceland and a stopover point for longer flights. It serves as a hub for the intensely busy skies between the US and Europe, presenting a lucrative opportunity for airlines and the airport alike to increase the routes served by the Icelandic gateway. The airport is open all year round, 24 hours a day, with a capacity that allows passenger number growth at specific times of the day and can thereby effortlessly adapt to meet spikes in demand.

A bridge between continents

The attractive features of Keflavik's position and facilities are already bringing substantial benefits to Icelandair and WOW air - a low-cost carrier based at Keflavik International Airport. Both of these Icelandic carriers offer very short connection times, which is one of the airport's great advantages for travel-weary international passengers. On top of this, Keflavik has been adding a diverse mix of leisure-focused and low-cost airlines in recent years, targeting European markets, in which it has identified strong interest in tourism to Iceland.

The surge in airlines taking advantage of Keflavik's ideal location has brought the total number of carriers operating at the airport to 25 and has expanded to cover several major players in the industry; 2016 saw such names as Delta, easyJet, British Airways, Lufthansa, Norwegian, SAS, Wizz Air and Air Berlin - to name only a few - plying their trade at the airport. As a growing number of major international carriers opt to take advantage of the airport's benefits, Keflavik is being put on the map and the airport is positioned for yet further growth. Isavia has actively encouraged this growth, offering perks such as an incentive system in which airlines that establish new, year-round flight routes are rewarded with a discount on landing charges.

However, Keflavik's scope is not geographically limited. Besides the rapidly expanding European and US links, the airport is also seeing a surge in growth from Asia - a crucial global market that it is actively exploring - despite not hosting any direct flights to or from the continent. The Asian market represents enormous potential for Keflavik's wider ambitions for expansion, and is one of the most important long-term goals at the airport - as well as possible connections through the Middle Eastern region.

Increasing an airport's number of routes and customers means exploiting its natural advantages, with obvious selling points a particular gift. In addition to Keflavik's excellent transit location between populous continents, the burgeoning Icelandic tourism industry provides a natural advantage to the expansion of our routes.

Keflavik Airport is located on the Reykjanes Peninsula, 31 miles south-west of Reykjavik. It therefore serves as the main international entry point for those exploring the various experiences that Iceland can offer the curious traveller. Commonly known as the 'land of fire and ice', home to glaciers and active volcanoes alike, the young island holds opportunities such as exploring a variety of beautiful, rugged landscapes, relaxing in one of the country's colourful thermal springs, taking advantage of Reykjavik's unique nightlife opportunities during the dark winter months or soaking up the country's rich cultural and literary heritage, steeped in Norse sagas and folklore.

Keflavik provides an unrivalled gateway to these increasingly popular experiences. The world-famous Blue Lagoon spa, for instance, one of Iceland's most iconic experiences, is located just 15 minutes from the airport, even allowing a quick visit at the end of a holiday. With such huge potential growth in tourist traffic, the airport has boundless opportunity for further development - not only as a way station between Europe and North America, but also in terms of being the only practical entry point for the growing masses of visitors flocking to Iceland.

The tourism industry works in tandem with these goals - actively encouraging winter-time arrivals to Iceland, for instance, and thereby helping to turn Iceland into a year-round destination and vastly increasing potential arrivals by air.

Björn Óli Hauksson, managing director of Isavia, has hailed the efforts of the industry: "The most pleasing change is that, by far, the biggest increase has been during the winter months. This is the result of focused marketing efforts and will provide a major boost to the operating basis of the travel industry as a whole, making it into a year-round industry."

A boom in traffic

With these tremendous advantages, it is only natural that Keflavik should witness extremely rapid growth in footfall. Passenger growth at the airport has consistently remained in double digits since 2009, with an average growth of 21% a year.

On 23 November, Isavia released its passenger forecast for 2016 at its annual meeting. The figures speak volumes: the airport welcomed a record 6.80 million passengers over the past year, marking a 40% increase compared with 2015. In 2017, approximately 8.75 million passengers are anticipated to pass through the airport, with the greatest increase occurring during the winter months.

In addition, the total number of departing Icelandic travellers saw a 16% increase in 2016, meaning a record 524,000 such passengers. With Icelanders travelling more than ever before, this trend is set to continue, with forecasts for 2017 suggesting that this number will rise still further. Despite the huge growth in the number of Icelandic travellers, however, this segment still accounts for just 20% of passenger footfall at Keflavik Airport, illustrating just how explosive the growth of Iceland's international traffic has become.

Traditionally, passenger traffic at Keflavik has been characterised by peaks and troughs, throughout the year and within individual days. The airport's aforementioned incentive system is designed to address this challenge: specifically, its charging scheme offers airlines seven months of lower charges between October and April. Starting in April 2017, Keflavik will implement an off-peak incentive during the day, meaning a €5 kickback per passenger to airlines departing 10am-1pm and/or 6-10pm. This off-peak incentive will help the airport improve, streamline and facilitate the use of its infrastructure, and boost overall operational efficiency. Keflavik also offers a discount for new routes during the International Air Transport Association's (IATA's) winter season, further incentivising its targeted growth in winter traffic.

Keflavik Airport is a huge success story. With 600 flights a week, 85 destinations served, an annual cargo throughput of 45,000t, four runways and 24-hour operation, it is little wonder that the airport has enjoyed a rapidly rising profile. Isavia is working hard to smoothly accommodate this growth. Improved and efficient use of the airport's facilities is vital to managing the rapid increase in flight and passenger numbers that the airport is witnessing, and ensuring that operations run smoothly, in terms of airlines' operations and passenger experience alike.

Development to improve the airport's facilities is under way, with major investment in expansion having been ongoing since 2012 and due for completion in 2017. Further development will be necessary to meet the sheer scale of the growth the airport is witnessing, however; major projects are planned, but these will not become fully operational for several years. To avoid bottlenecks, delays and other detrimental factors to passenger experience and airline operations, it is crucial that the airport evenly spreads this heavy traffic out in terms of annual and daily schedules.

Its carefully designed incentive and rewards system, in tandem with the tourism industry's significant efforts to boost arrivals in winter, are proving successful in meeting this challenge, with the quickest turnaround recorded at just 40 minutes. With careful, engineered use of the airport's facilities, Keflavik will continue to grow its operational revenue, thereby allowing further development of its facilities in the future. 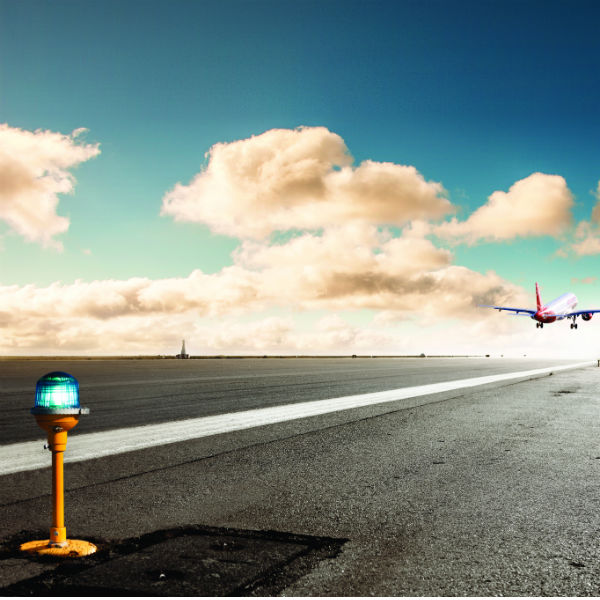 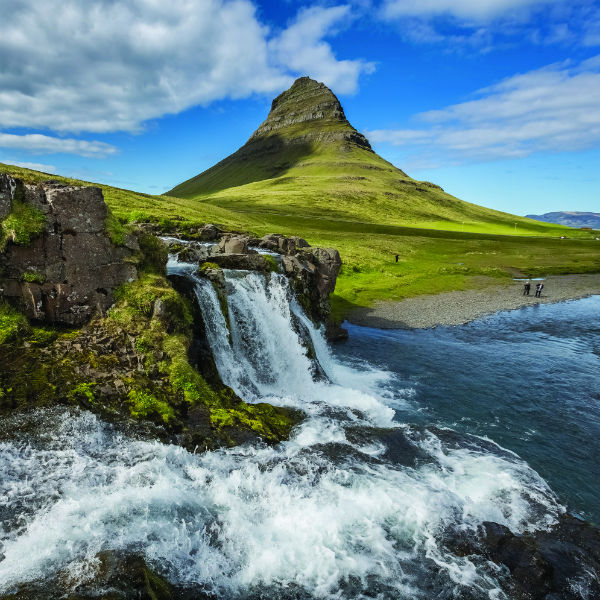 Iceland’s airport industry works in tandem with the tourism industry to boost passenger growth and cater to growing numbers of visitors.