From bag drops and common-use kiosks to escalators and perimeter security, almost every aspect of airport facilities and operations depends on technology. Operators of congested airports look to the latest IT systems such as those provided by Intellient to help them unblock key bottlenecks, reduce costs and boost revenue, while also continuing to improve the customer experience.

As IT systems have proliferated, so has their complexity, and operators are increasingly moving to fewer, standardised network infrastructures that support multiple facilities and services. According to Craig Fuller, founder and principal of IT consultancy Intellient, this integration is the defining technical feature of today's airport developments.

"For the last 30 years, airports have allowed the airlines to run their own technology," he says. "If you have 20 or 30 airlines, all with their own systems and running cable everywhere, then what you have is a mess."

With his track record, Fuller knows what he's talking about. He and his team of consultants are aviation industry specialists, offering a combined 140 years of experience in all aspects of airport facility and technology projects. Intellient works with airport operators on everything from strategic planning and design engineering to overseeing day-to-day construction.

"Integration of multiple systems into one common system is a huge trend," states Fuller. "Airlines and retailers will have their own systems, but will plug into the airport's network and pay for access as part of their lease. That gives the airport control of its infrastructure."

One communications network might support the likes of multi-user flight information systems and aviation baggage information display systems, while another backbone might support all the security systems - CCTV, authorisation fingerprinting, perimeter intrusion detection - and link them to a central security operations room. A vast range of different technologies are involved in today's airport construction schemes: building automation, lighting, phones, fire alarms, the geospatial databases used to list where equipment resides - the list is almost endless.

This complexity makes them extremely challenging to manage. Few operators can find the required skills in-house, so Intellient is frequently called on to act as the owner's technical representative, handling the project from inception to fruition.

"For the last ten years, our core business has been in owner representation," says Fuller. "We act in the client's best interest, taking care of programme and project management as well as construction administration, attending all the meetings and then reporting regularly back to the client."

That involvement begins in the planning phase right at the start of a project. For example, Intellient took care of the technical review and edits for the technology RFP and design drawings on Phoenix's dynamic signage scheme, as well as consulting on the complex network of antenna systems needed to enable mobile communications and the airport's new automated vehicle identification system.

"We take them through the design phase as the client may not necessarily understand all the technical aspects," explains Fuller. "As owners, they obviously want to be sure that they are making the correct decision. We help evaluate designs and select contractors, helping them to choose between construction management at risk versus design-build options. We help to ensure that everything is captured in the contract to minimise change orders."

In the construction phase, Intellient provides expert project management on a day-to-day basis, keeping subcontractors on track, liaising with stakeholders in operations and facilities, and ensuring that any change orders have the minimum effect on the budget.

"At the end, we do all the systems commissioning and close out the project for the client," says Fuller.

As an example of the integrated systems his company helps deliver, Fuller points to the automation increasingly used to streamline the passenger handling process. Rather than being dedicated to single airlines, the common-use self-service (CUSS) standard means airlines and other handling agents can share next-generation self-service kiosks, increasing efficiency and further enhancing the passenger experience.

"CUPPS will let the passenger drop their bags, pick up their ticket, check in - all with one system," says Fuller. "It's a flexible system that allows you to configure the airport just as you want it. Instead of having a painted sign at the ticketing desk, you have a screen, so one day it can be British Airways, Virgin the next."

Intellient has plenty of experience in this area, having worked on the CUPPS integration at San Diego International's Terminal 2 West expansion. "The gates, the counters, the kiosks - everything's integrated," says Fuller.

"We're working on a billion-dollar train system project at the moment that uses CUPPS," says Fuller. "Customers will be able to park their cars and drop their bags right there at the parking lot before riding the train in to the airport."

The project, or rather projects, that Fuller is talking about are the Consolidated Rental Car Center (CRCC) and the Sky Train at Phoenix Sky Harbor International Airport. The latter is an ambitious $1-billion project to connect central Phoenix with the airport's four terminals. Here again, Intellient is working as owner representative, managing the planning, design, oversight and construction administration of the backbone network infrastructure, as well as working on a host of other systems from CUSS and CUPPS to BAS (building automation control system).

Simultaneously, Intellient is providing construction management and technical oversight of Phoenix's $225-million CRCC scheme. This centralises all the airport's parking in one giant four-million-square-foot facility with space for almost 6,000 cars. The extra space will boost airport income while simplifying bus transportation and reducing traffic volumes at the terminals.

"Airports are about making revenue," says Fuller, noting that administration staff are increasingly being moved out of terminal buildings. "Space in the terminal is prime real estate and operators want to use it for retail."

With this grasp of the strategic implications of airport developments, Intellient often undertakes long-term masterplanning for both technology and facilities, looking at which systems and projects will deliver most value to an operator. At the other end of the project with new systems are up and running, consultants can work as interim managers, using their expertise to smooth out the inevitable bumps in the road involved in moving from initial commissioning through to business as usual.

The technology involved in "green" buildings is another fast growing part of Intellient's remit. "LEED (Leadership in Energy and Environmental Design) and green projects are huge these days," notes Fuller, adding that San Diego's Terminal 2 West was a $900-million green build project. "Reducing energy consumption using lighting and other energy control systems saves a lot of money too."

San Diego installed a 5.4MW solar system on three facilities that will deliver more than half their energy needs. Over the next 20 years, the solar array is expected to reduce the airport's energy bill by $4.7 million. It's in keeping abreast of such a variety of equipment and its implementation that makes Intellient so valuable.

"I have to read and research every day just keep up with all the new technology that our clients have to use," says Fuller. "That's not so much about standard hardware like servers, but the infrastructure items like HVAC for air-conditioning, power and generator systems as well as all the building automation systems. These are the ones where you really make the difference in cost savings for large projects."

And it's those cost savings are the final - and perhaps the most compelling - reason that Fuller gives for using Intellient's consultants as owner representatives. "Every project we've managed so far, we've saved the client more money than they paid us to work for them." 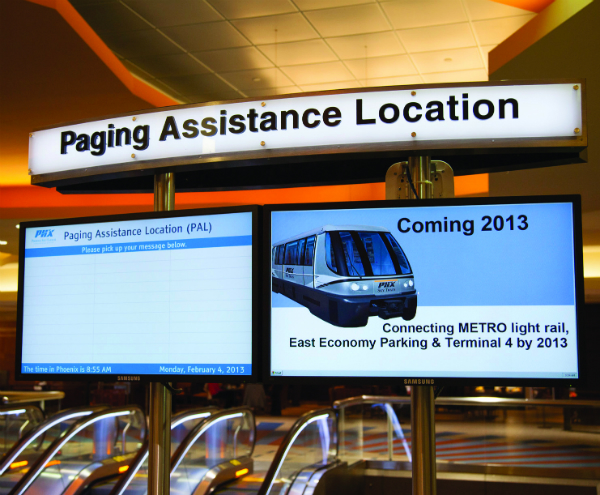 A vast range of technologies are involved in today’s airport construction. 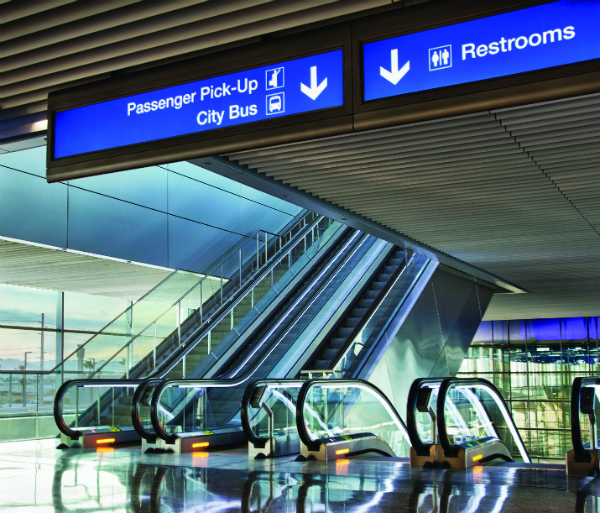