Last year was very successful for Vienna Airport. Passenger volumes reached an all-time high with 24.4 million travellers passing through its doors. This year, it looks set to continue its passenger growth with numerous new developments for its summer schedule.

The low-cost carrier Wizz Air will commence operations at Vienna Airport in the course of 2018 and will serve 22 destinations in total. It will also permanently station three aircraft at the airport.

The Taiwanese airline EVA Air has been offering direct flights from Vienna to Taipei since 10 March 2018. Thanks to the existing four flights to Taipei, with a stop in Bangkok, the airline now offers daily flights to the Taiwenese metropolis.

The British carrier easyJet has operated from Vienna to Berlin Tegel Airport since January (up to six times a day) and, as of its summer schedule, also started flight connections to Milano Malpensa Airport and Basel. In addition, Volotea operates flights to Bilbao - a new route from Vienna.

As of 28 May 2018, Stobart Air/Flybe increased frequencies on its Vienna to London Southend Airport route. Aer Lingus is raising the number of weekly flights to Dublin, and Aegean Airlines is also offering additional flights to Athens. Iberia is adding capacity to its service from Madrid to Vienna, and will offer 19 weekly connections.

Norwegian is expanding its existing offering to Oslo, and Nordica will serve the Tallinn-Vienna route on a daily basis in the summer timetable. SunExpress is also increasing frequencies to Antalya and will thus offer up to 18 weekly flights in the summer peak.

Starting in October 2018, Hainan Airlines will inaugurate a new long-haul route connecting Vienna with Shenzhen in China, and Thai Airways expanded its operation from Bangkok to Vienna to five weekly services in April. 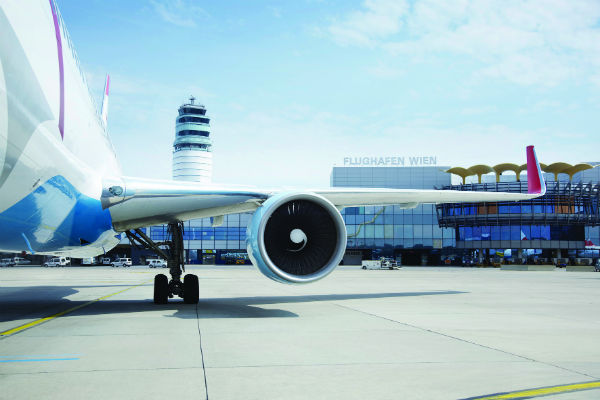 Vienna Airport is to build on recent successes by adding new destinations and increasing the frequency of flights.