Busy airports might be great for operator balance sheets and airline profits, but for customers they probably mean longer queues. Paul Mewett, director of innovative travel solutions at Vancouver Airport Authority, discusses how its automated BorderXpress system is helping to improve efficiency without detracting from the customer experience.

With many airports registering a rise in passenger numbers, operators are under increasing pressure to ensure the right infrastructure is in place to process growing traffic. For many, this means turning to automation. But with operators wary of impeding customer experience, knowing which systems to put in place is crucial.

Last year, Vancouver International Airport (YVR) welcomed more than a million additional passengers. For the past five years at the Skytrax World Airport Awards (informally known as the Passenger Choice Awards), it has won the 'Best Airport in North America' gong (12.85 million surveys were completed by customers in the latest round, so it's a pretty significant achievement). In the face of rising traveller numbers, protecting the airport's well-established reputation as the bastion of good airport customer service is imperative.

"Automating some airport functions and processes can make for a better travel experience, whether that's using a check-in kiosk to print your boarding card instead of waiting in line to see a ticketing agent, or using an airport's app to navigate to your gate area or find a nearby coffee shop faster," says Paul Mewett, director of innovative travel solutions at YVR. "At the same time, automation has to be balanced with the human touch - customer care delivered by knowledgeable and friendly staff."

Though a necessity, many passengers will no doubt cite passport control as the most tedious aspect of air travel. Lengthy questions and long queues make for a tiresome process and, in the climate of rapidly rising passenger numbers, airports are looking towards faster, more accurate screening systems that don't impede customer service.

As well as a haven for good passenger experience, YVR is a renowned hub for innovation, and increasingly a leader in providing solutions that improve the travel experience for airports and travellers alike. Its innovative travel solutions team is geared towards finding new ways to improve passenger experience by using technology to make the process faster.

"It's no surprise that global air travel is on the rise. But this growth is happening amidst increasingly limited operating and resource budgets," says Mewett. "So technologies that deliver efficiencies are going to continue to be popular. A streamlined process means shorter wait times, which has a positive affect for airlines that are waiting for connecting passengers, and airports, which can make better use of their facility's footprint."

According to Acuity Market Intelligence, there are 737 operational automated passport control kiosks in North America, with plans for an additional 164 to arrive by midway through 2015. Considering there were only 280 systems in place in February this year, it represents a pretty rapid rise. Since partially automating YVR's border clearance process with its own APC machines, overall customs waiting times at YVR have dropped by 40-50%.

The need for speed

The airport's BorderXpress system enables passengers who use it to complete US customs and border protection formalities 89% faster. It's the world's first no-registration, no-fee and no-chip-enabled passport-required self-service border control solution.
"It's win-win for all; passengers aren't standing in long queues while airlines aren't waiting for connecting passengers," says Mewett. "The airports aren't as congested and customs officials are focusing on what is most important: the assessment of the passengers, not the data entry. With BorderXpress this is handled by the passenger themselves.

"Where I believe our solution provides real value and impact though, compared with other border clearance technology such as trusted traveller programmes and e-gates, is in the fact that our solution is designed for use by any traveller, not just a select few."

Already more than 400 kiosks have been installed and over 13 million travellers efficiently processed by BorderXpress. Currently, the system is used in 18 North American airports, including John F Kennedy and Los Angeles International Airports, which have seen substantial improvements in customs wait times. Research suggests that a US customs and border protection officer is able to process four times more passengers in an hour using the platform, compared with traditional methods.

As well as improving the efficiency of airports, the automated system is fully ADA-compliant and is helping to ramp up security levels.

"Safety and security are at the core of everything we do at airports. In fact, it's our license to operate," says Mewett. "The BorderXpress solution sends passenger information collected at the kiosk via encrypted transfer directly to the border control agency, which assesses the data and returns a government response - in this way, our solution upholds rigorous government security requirements."

The technology has now been adapted to include a 'Mobile Passport App' which lets passengers skip the line at US airports that have it installed. Customers just fill out their profile, answer the relevant questions, and then proceed straight to the "mobile passport control" express lane at the airport. It's yet another example of YVR's attention to customer service.

In October 2014 Denver International Airport went live with BorderXpress kiosks, hoping to expedite its own screening processes. According to Acuity Market Intelligence, YVR is now the leader in automated passport control kiosks and holds over 60% of the market share. With just 126 automated systems, second-placed SITA is some way off YVR's 400.

Such is the success of the system that YVR hopes to roll it out onto the global stage. In the Caribbean, Aruba Airport went live in December 2014, and Nassau has also signed up. The fact that they can be configured to 26 different languages, or programmed to meet the requirements of any jurisdiction, makes integrating the installations worldwide a relatively painless task.

Despite the kiosk's success, for Mewett, the mission doesn't stop there. "We are proud to have pioneered such technology and have in fact developed two applications of BorderXpress - one for the Government of Canada and one for the United States. Through our innovative travel solutions business unit, YVR is hard at work on a number of exciting new products that we hope will improve the travel experience, such as how to handle the next congestion point, that of the baggage carousel. I can't reveal too much, but it's certainly a fun job."

Air travel itself may never be the most pleasurable undertaking, but if YVR's customer service record and commitment to improving the experience for its passengers is anything to go by, then it can certainly be made more bearable. 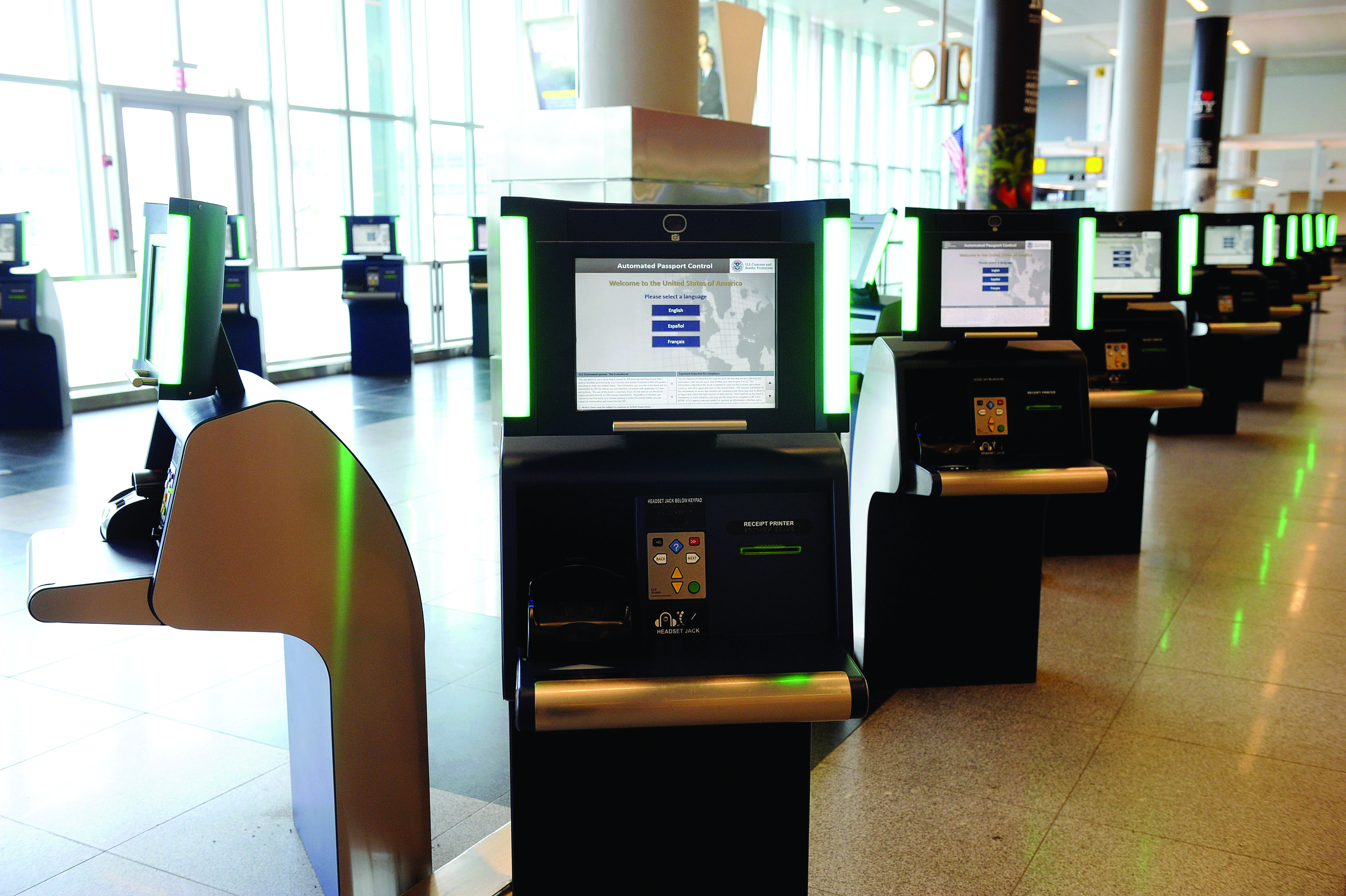 Automating some airport functions and processes can make for a better travel experience. 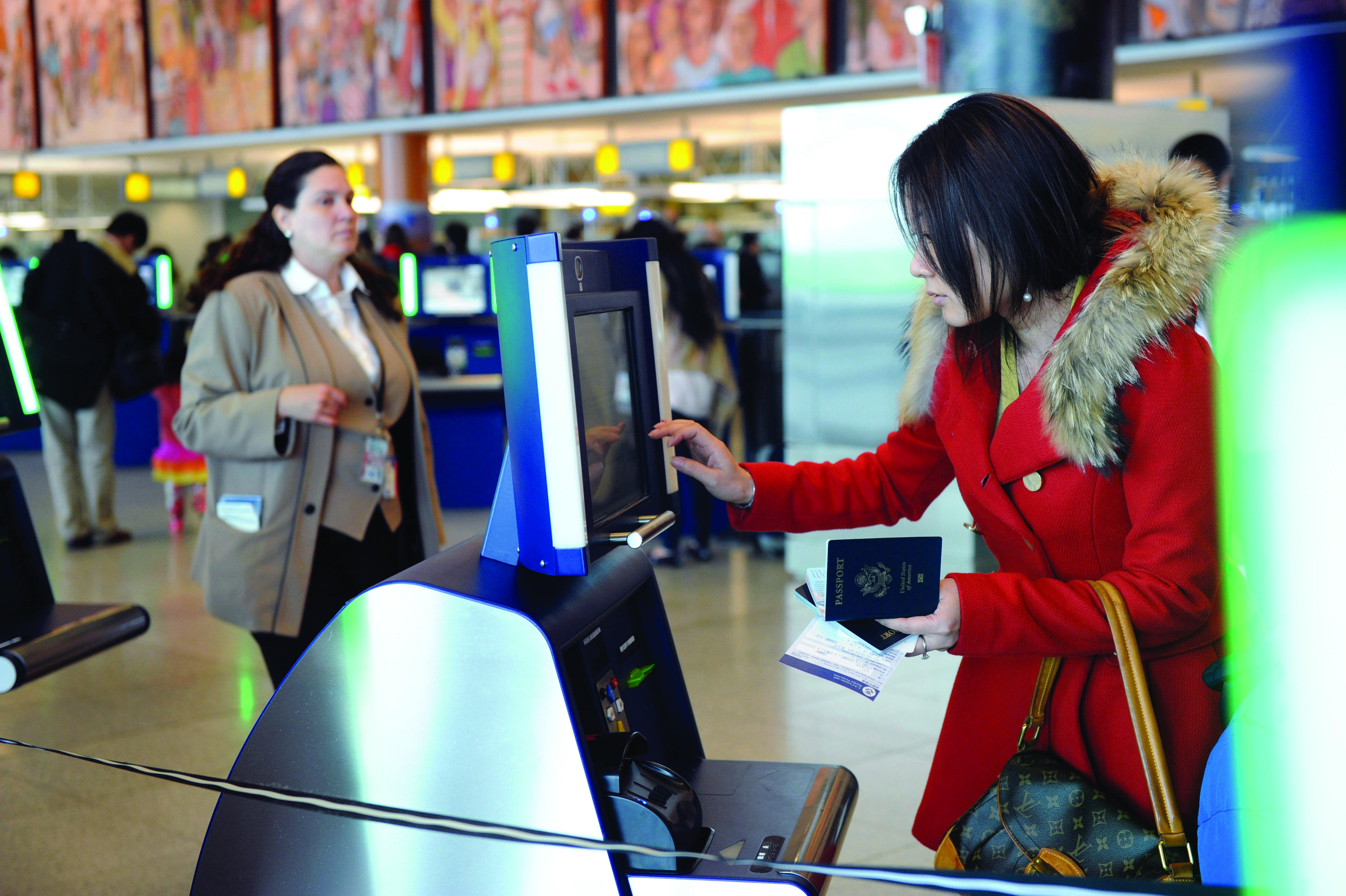 The BorderXpress system enables passengers who use it to complete US customs and border protection formalities 89% faster. 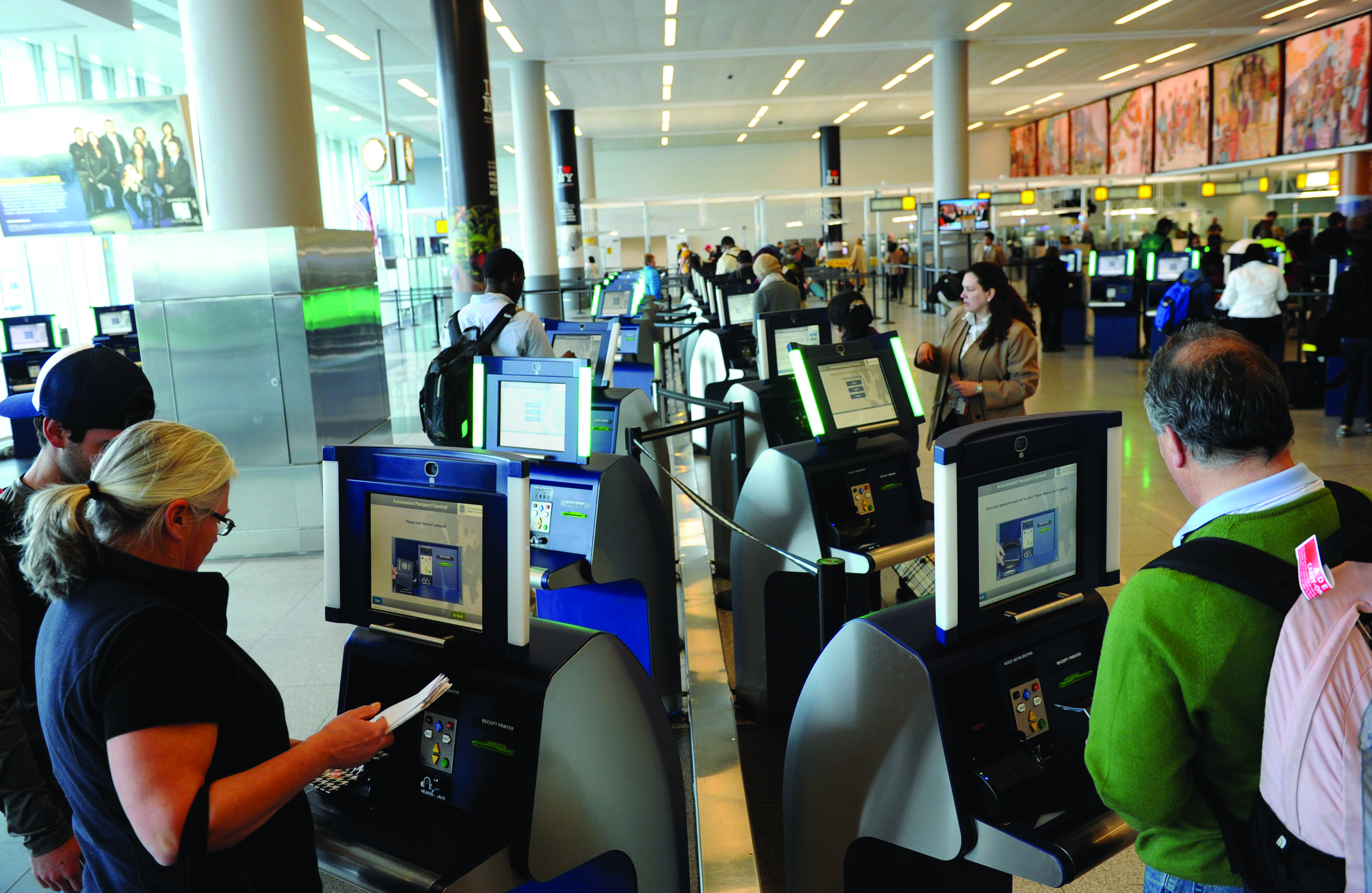