Since the airport's inauguration in 1947 by President Enrique Adolfo Jiménez Brin, the aviation sector has grown hugely in Panama, not only in an economic sense but also in terms of everything related to the sustainable development of the country. Meanwhile, the airport has established itself as an important generator of business, tourism and new sources of employment within Panama.

According to the latest report prepared by Oxford Economics in collaboration with the International Air Transport Association (IATA), entitled Economic Benefits of Air Transport in Panama, the aviation industry represents 14.8% of Panama's gross domestic product (GDP) and generates 260,000 direct and indirect jobs, representing the highest aviation contribution percentage in the entire Americas.

Over the past few years, Tocumen International Airport has focused its investments in the modernisation and expansion of its passenger terminal, carrying out improvements to the quality of the infrastructure in terms of runways, taxiways, platforms, parking, optimisation of customs and immigration areas, technological systems and passenger service improvements, while constantly adopting the most advanced air transportation and safety standards. All this has been executed with the aim of ensuring a solid and stable business model that guarantees operational and financial sustainability.

Due to its commitment to maintaining the highest standards of quality and service, Tocumen recently received the Best of Central America Award for the sixth consecutive year, as well as the Best Human-Led Team Award from the UK company Skytrax Research.

During 2017, of the 15.6 million people that used Panama's principle gateway, 71.5% were passengers in transit, which demonstrates the growth and the positioning of the Central American country as one of the most important hubs of the Americas.

The airport's managers have had an exciting few years dealing with the challenges involved in the completion of the second terminal, which could be considered the most important project in terms of infrastructure and airport modernisation to be carried out in Panama in recent years.

Even before this expansion, which was actively promoted by the government of Panama, Tocumen was known as the 'Hub of the Americas', with an average of 400 flights per day carrying 43,000 passengers to 84 destinations in over 36 countries in America, Europe and Asia via its 34 boarding gates.

The opening of Terminal 2 - which will take place in December 2018 - will add a further 20 gates and eight remote positions, for a total of 54 aircraft contact positions and 12 remote positions between both terminals. Once operations reach their full potential, the capacity at Tocumen will be increased by nine million passengers, on top of the 15.6 million recorded at the end of 2017, bringing the total to 24 million passengers.

The beautiful Foster+Partners-designed structure, which features an enclosed rainforest in the central atrium, is now over 90% completed. It is expected that the new terminal, which measures 650m in length, will allow Tocumen International Airport to improve the operation of Terminal 1 by having both terminals working together as a single and more efficient airport complex. It will also feature innovative technology allowing an improved passenger experience.

The Tocumen International Airport expansion project has generated more than 6,000 direct and indirect jobs, occupied mostly by local residents of the Tocumen area, who have been trained in various technical areas of construction, which promotes the personal and professional development of Panamanians.

Upon the completion of Terminal 2, Tocumen International Airport will bring together the country's centres of economic activity, empowering the touristic and commercial sectors and contributing to socio-economic development. It will be a key differentiating factor for competitiveness and growth in Panama's aeronautical industry.

Panama has always had a privileged geographic position, which it has capitalised on to become one of the most important logistic centres in the region, by acting as a hub to connect and mobilise passengers through the North and South American continents and by providing modern and efficient services that promote the country's commerce and economy. The opening of Terminal 2 will help the country's continued growth and allow it to compete on the international stage in the decades to come. 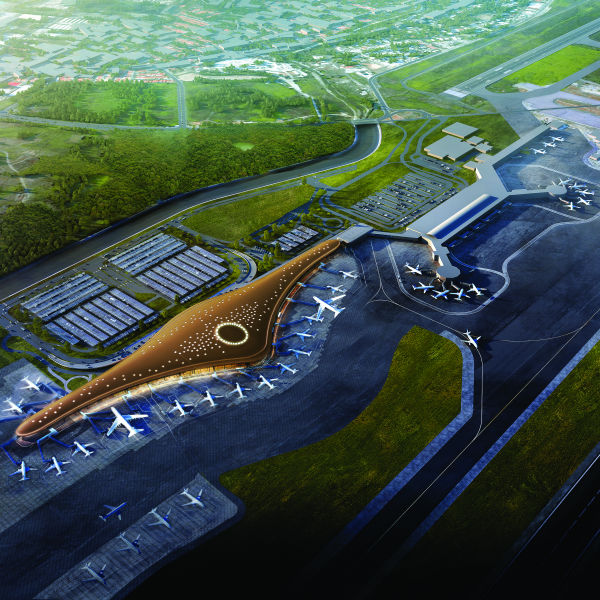 Tocumen International Airport’s new terminal, which opens in 2018, will help to secure Panama’s position as a tourist destination.