Princess Juliana International Airport is more than just a transport hub; it is the key to St Martin's tourist industry and a spectacular introduction to its corner of the Caribbean. The operator talks Future Airport through its ongoing evolution.

Princess Juliana International Airport (SXM) is an ultramodern transport hub on the Caribbean island of St Martin. Handling an average of 1.8 million people annually, with approximately 170 aircraft movements a day, it is one of the busiest in the region, and is served by more than 30 airlines, with direct service to 35 destinations. The airport is not only the gateway to a touristic paradise but also the engine of significant economic growth.

SXM is owned by a government holding company and operated by PJIAE NV, each with its own supervisory board of directors. The airport community consists of more than 1,000 people working for 80 or so companies that include airlines and aviation service providers, in addition to retail outlets and restaurants.

The island's central and strategic geographic location in the region has resulted in SXM becoming a primary hub connecting St Martin to the surrounding islands - particularly Anguilla, Saba, St Eustatius, St Barth, Tortola, St Kitts and Nevis - and to the rest of the world. The airport therefore plays a pivotal role in the economic development of the area. The increasing number of transfer passengers is evidence of its growing importance as a regional hub.

SXM has become a leader in Caribbean aviation. It is far more than just a facility; for many, it is a once-in-a-lifetime experience, from the stunning approach to the runway - with its spectacular landing and take-off, which has made it world-famous for plane-spotters - to its unique character and sense of place.

The transformation of SXM from a humble Second World War base for the US military into a world-class facility went through generational changes, such as the construction of new terminals, which have not only made it the 'gateway to Paradise' but have also cemented its role as the engine driving the tourism industry on St Martin and its neighbours.

Safety and security are the two main pillars of operations at SXM. It has an impeccable safety record, and is constantly upgrading its staff and equipment to ensure that those who use its facilities feel safe and secure. Equipped with a state-of-the-art ATC tower and radar facility, a category-nine fire and rescue service, and general security and centralised prescreening, safety is top priority, and the airport's record is among the best anywhere in the region and beyond.

The baggage claim area has three carousels and baggage information display system (BIDS) monitors. The landside area of the airport has a food court with ample seating offering a wide range of culinary choices. Banking services include three ATMs in various terminal locations; car rental services are offered in the arrival area.

SXM was the first government-owned company to be granted a Baa2 rating with a stable outlook by Moody's Investors Service: "the stable operating history and regional importance" of the airport was key to maintaining the baseline credit assessment.

This has paved the way for SXM to issue a $132-million bond that was underwritten by Nomura Securities International, a Tokyo-based financial services group and global investment bank. The bond issue permits the airport to diligently pursue a multimillion-dollar capital improvement programme to improve the efficiency of the airport facilities and to provide for future growth.

SXM offers airside passenger transportation by bus; aircraft fuelling; ramp handling (push-back); and general aviation services for the private and corporate jet sectors. In order to accommodate the tremendous growth in this aviation segment, the airport has a fixed-base operator (FBO) building complete with office space, private lounges and dedicated customs and security screening. SXM is a leading private-jet destination in the region, handling more than 6,500 private aircraft every year. The improvement programme includes the construction of a new general aviation terminal that will enable SXM to increase its market share in this sector.

A separate cargo facility exists near the terminal building. It was designed to handle more than 10,000t of cargo annually. This upgraded cargo facility was part of the capital improvement programme. 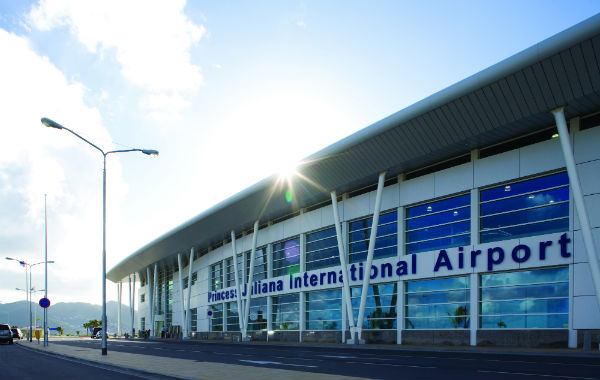