Liege Airport - A Liege of its own

Thanks to its excellent location at the heart of Europe, familiarity with air freight operations, superb passenger experience and great potential for growth, Belgium's Liege Airport is primed for the big time.

Liege Airport is ideally located in the economic heart of Europe. There are more than 40 million people living under two hours' driving time from the airport, and the region has the highest GDP per capita in Europe.

Accessibility couldn't be better, as the terminal is at the junction of the two main highways in Belgium, connecting north to south and west to east. The city centre of Liege is only ten minutes away from the airport, with regular bus shuttles ensuring the connection with Liege-Guillemins train station and its high-speed trains. Liege Airport's great location and accessibility attracts more people every year and, based on the extrapolation of a recent survey, seven million people would rather depart from Liege over any other airport in their area.

Liege Airport has made a name for itself in the airfreight business: 600,000t of airfreight arrives at and departs from Liege every year. This makes it the number-one airport for cargo in Belgium, and puts it in the top ten in Europe and the top 40 worldwide. Its main assets are its good infrastructure, dedicated services, flexibility and location. For all the right reasons, major airlines and members of the cargo community have made it a trusted partner.

The same assets are of course in play for and attractive to passenger operations as well. The airport is open 24/7, with no slot limitations, no congestion, low charges and plenty of room to grow. The modern terminal is simple, efficient and convenient for a passenger; it takes less than ten minutes to walk directly from the car park to the plane. The passengers can enjoy the airport as part of a travel experience rather than arriving early and stressing before starting their journey.

The catchment area, expertise, accessibility, flexibility and many more assets have made Liege Airport a player to reckon with in the passenger market. In the past year, four new airlines have started operating out of the facility, and there are now several flights a week to Ajaccio, Bastia and Munich. Moreover, the daily connection to Munich connects Liege Airport to more than 200 locations worldwide.

However, several destinations with strong potential remain unserved by the airport, particularly in terms of business routes. Liege Airport is therefore open to new business and recently partnered with several regional companies to create a start-up fund, Start Air, that helps airlines to create new routes from the airport. It is there to share market know-how and risk when opening new routes from Liege to the rest of the world.

The great call of China

Every week, three flights from China land at Liege Airport, making it the first airport in Europe to welcome such flights from China in these numbers. This also positions Liege as the starting point for a trip to Europe for more than 1,000 Chinese tourists every week.

The tour operator was won over by the location, operational expertise and flexibility of the airport. Liege Airport has become a home from home for Chinese travellers. In a poll among tour leaders and tourists, the prime users of these flights, Liege Airport is ranked number one for friendliness, cooperation and efficiency among all the European airports they experienced. Once again, Liege Airport has proved that it goes the extra mile to fulfil its clients' expectations.

The hugely positive feedback and track record of this operation so far means there is a temporary expansion over the summer season. During this period, Liege is welcoming more weekly tourist charter flights from Moscow. These offer the same tours to Russians as those being experienced by the Chinese tourists. In addition to this, these flights connect to three further cities in China, forging a direct link between the Belgian, Russian and Chinese tourism markets.

Liege Airport has become a global player in the cargo market. On a daily basis, wide-body freighters connect Asia, Africa and the Americas to Europe through Liege. The airport is the gateway for inbound and outbound airfreight for the European market; the location of the airport, at the crossroads of non-congested highways, allows minimum trucking time to ultimate destinations all across the continent. The cargo transits from any point on the globe to the next in a minimum of time. Liege is the hub for TNT Express and the home of TNT Airways. National flag carriers such as Ethiopian Airlines, Icelandair, El Al, UIA, Emirates and Qatar Airways operate freighters on a daily basis. Specialist cargo operators like CAL, NAS and Global Africa Cargo have established their hubs in Liege.

As well as scheduled business, Liege is also experienced in cargo charters, operating specialised flights for cargo as diverse as live horses and cattle to flowers, fish, oil, and mining and gas equipment. Liege Airport is also a leader of relief efforts, with ad-hoc flights to support the fight against Ebola in Africa and send goods to victims of the Nepal earthquake among various other response operations for disasters around the world.

Although well established and connected, Liege Airport is still a place with plenty of opportunities for freight operators. Becoming part of the Liege Airport cargo community allows airlines and freight forwarders alike to tap into global opportunities. The airport's cargo team will assist in discovering these and making a business case for them. 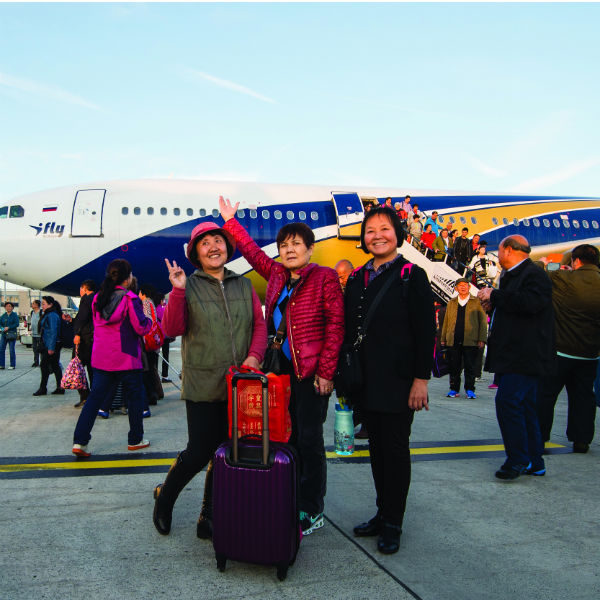