The boom in air traffic has been particularly felt in the city of Istanbul, which is located right in the middle of Europe and Asia, is home to 16 million people and where the fastest-growing European airport over the past four years, Istanbul Sabiha Gökçen International Airport, is situated. Yearly passenger traffic numbers have risen from four million to 19 million in just five years - yet the expected growth for 2014 is still more than 25% and is set to reach 24 million by the end of the year.

Istanbul is a huge metropolis, located on two continents, divided by the famous Bosphorus strait, with one side in Europe and the other in Asia. There are two active bridges, one railway tunnel and various types of highly frequent sea transportation as well.

Istanbul Sabiha Gökçen International Airport serves as the main airport for the Asian side of the city, which houses 40% of the population, and is a very attractive alternative to European-side residents due to the easy transportation opportunities it provides. The primary airport of Istanbul is located on the European side and sees more than 50 million passengers a year.

Istanbul's neighbouring cities, like Kocaeli and Bursa, which represent the third and fourth-largest economies in Turkey respectively, are the other important centres in the catchment area, at a maximum time of two hours drive away.

The international and local investments in the area have created well-developed cities with higher flight ratios per resident. As Istanbul Sabiha Gökçen International Airport is the closest international airport to Kocaeli and Bursa with a wide flight network, the area, with a population of more than four million people, has become an important catchment area.

A legacy to live up to

The name of the airport comes from Sabiha Gökçen, the world's first female fighter pilot. She was also the adopted child of Mustafa Kemal Atatürk, the founder of the Turkish Republic - after whom the first airport of Istanbul was named - bestowing the airport's name with a double significance.

As of May 2008, the company Istanbul Sabiha Gökçen International Airport Investment Development and Operation (ISG), in partnership with Limak Holding, GMR Infrastructure and Malaysia Airports Holdings Berhad, won the rights of operation for 20 years. The new terminal building, as the first master planned airport terminal building in Turkey, was completed in 2009 and has a passenger capacity of 25 million.

The huge growth in passenger numbers had already been predicted when the terminal was in the planning stage, so the blueprint was prepared accordingly to allow the increase of the terminal's capacity to up to 60 million passengers a year. The terminal building was built with high-quality facilities, lounges and VIP services to provide a full service for airlines and passengers.

Future plans mainly involve supporting the growing traffic while keeping the high service quality and on-time performance. The second runway will be in service in two years. The next bottleneck is the terminal capacity, which could be increased with a satellite terminal building. The metro connection, which cannot yet be reached by public buses, will be more efficiently used in two years time, as there will be a metro station at the terminal. Passengers will be able to reach the historic old town of Istanbul using only one metro connection.

Corresponding to its business goals and strategies, Istanbul Sabiha Gökçen International Airport aims to produce the right conditions for the optimal use of resources and sustainability. A secure, healthy and pleasant working environment is provided for its employees, and the infrastructure is planned accordingly to increase efficiency.

International and domestic terminals are all under one roof, and the same facilities are used for both services according to different rush hours. This provides additional efficiency for the transit passengers as well as shorter ground times for the airlines.

In order to protect the environment, the ISO environmental management systems requirements are planned and revised annually to optimise energy usage throughout the terminal. In addition, it is ensured that all personnel are trained for greenhouse gas emissions inventories and verification.

Istanbul Sabiha Gökçen has kept improving its services within the terminal to provide a better travelling experience for its guests. Reputable brands such as Victoria's Secret have opened outlets, while duty free, and food and beverage areas have been refreshed to offer more options and luxury choices. Furthermore, the fast-track system has been introduced for guests who value their time and want to handle the terminal procedure faster. This system is free for all business class passengers, while other guests can purchase the suitable package for their needs.

The airport also introduced its iOS and Android ISG app through which passengers and all other users can check the timetable, track flights, get info about terminal facilities, be informed about new campaigns and find the best real-time transport options to the terminal according their current location.

Istanbul Sabiha Gökçen was recognised by the independent Bureau Veritas in its 2012 carbon emissions report. The airport is also approved at international level after receiving the Green Airport title from the Turkish Civil Aviation Authority.

The success of Istanbul Sabiha Gökçen International Airport arises from a perfect confluence of conditions: the highly strategic location at the centre of a very large population; the provision of high-quality and efficient service to airlines that have a strong domestic as well as a rapidly growing international networks; and the offering of a full-service airport for low-cost airlines and legacy carriers. 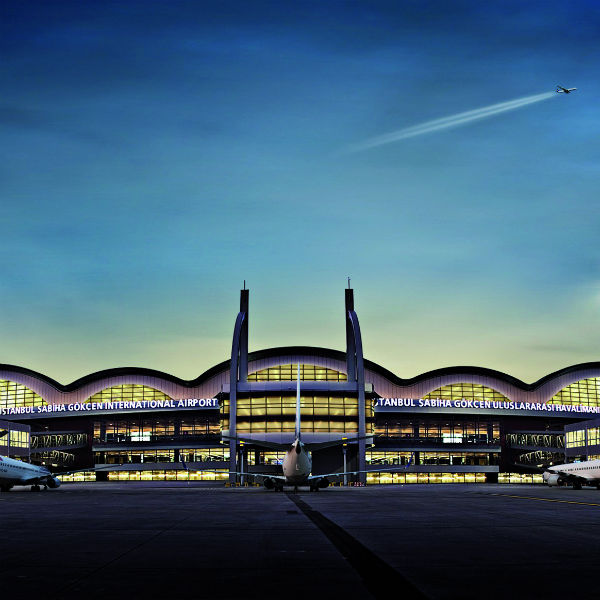 Istanbul Sabiha Gökçen International is the main airport for the Asian side of the city. 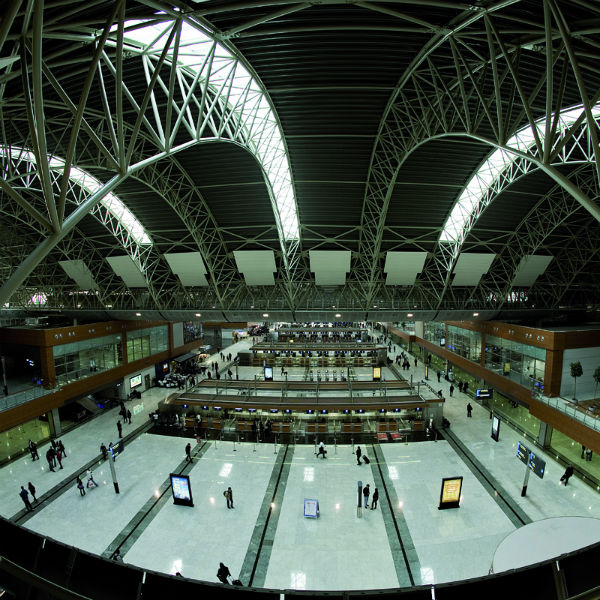 Huge improvements made to the terminal building ensure a swift and satisfying terminal experience for travellers. 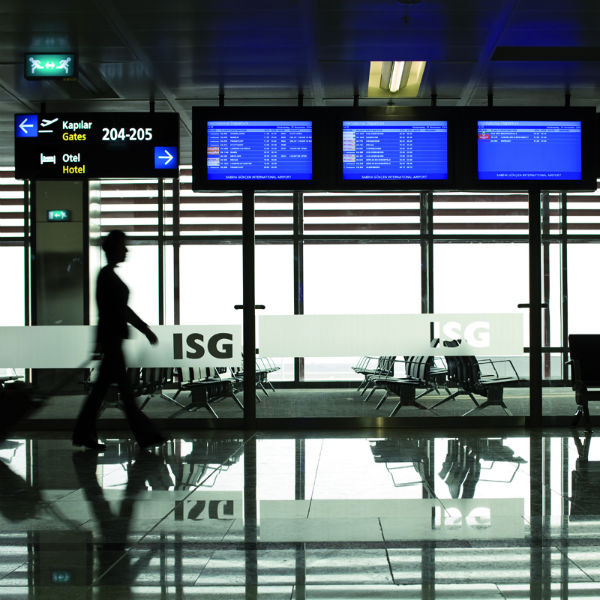 International and domestic departures are housed in the same building. 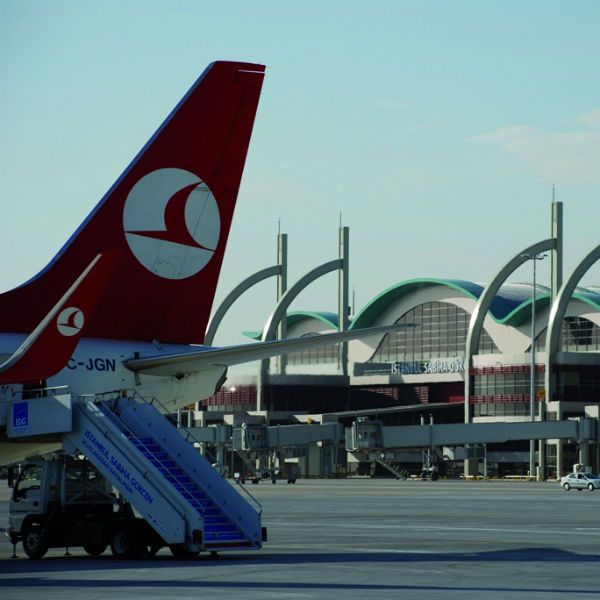 The airport’s second runway will open in 2016.