International Zagreb Airport has built a new passenger terminal, added flight routes and boasts an impressive roster of airlines since taking over management of Franjo Tudman Airport in 2013. Yavuz Aytis, route development manager, discusses the achieved successes, and hopes for the future.

Please could you start by telling us about the consortium that took over Franjo Tudman Airport?

Having two construction companies, two investment funds and two airport operators in the consortium, ZAIC ensures synergy of knowledge, international know-how and experience in this project. International Zagreb Airport (MZLZ), a wholly owned subsidiary of ZAIC, was established to operate the airport.

What is the nature of the agreement between the consortium and the Croatian Government?

The concession agreement grants operating rights of Franjo Tudman Airport to the consortium for 30 years. The first phase of the project included construction of a new passenger terminal, which started at the beginning of 2014 and was completed at the end of 2016.

The new passenger terminal has a capacity to handle five million passengers annually. There will be two more phases where it will be extended by adding more parking positions, gates and boarding bridges to reach a capacity of eight million. The total cost of the project is estimated at €331 million.

Besides accommodating plenty of passengers, what are some of the other highlights of the terminal?

The building incorporates 65,000m2 over four levels, divided between arrivals and departures. Two piers stretch out from the main processor, with one side dedicated to domestic flights (two boarding bridges) and the other to international flights (six boarding bridges). There are 30 operational check-in desks in two check-in aisles, but we plan to equip 30 more soon. The baggage delivery area consists of three large delivery belts, while the car park can accommodate 1,100 cars and 20 buses.

There are 27 airlines flying in and out of Franjo Tudman Airport. What are some of the more recent airlines operating at the airport and what new routes have been launched since 2014?

There were 19 airlines serving 32 destinations three and a half years ago. As of mid-2017, 28 - including Emirates, which first flew on 1 June - will serve 48 destinations from Zagreb. Some of the well-known carriers launched operations to Zagreb since 2014 include KLM, Air Serbia, Swiss International, Brussels Airlines, LOT Polish, Air Transat, Czech Airlines and Monarch Airlines. MZLZ's home-based carrier, Croatia Airlines, completed its restructuring programme in late 2015. Since then, it has added eight new destinations (Prague, Milano, St Petersburg, Manchester, Stockholm, Helsinki, Oslo and Bucharest).

MZLZ is a multinational company. What is it like working at such a diverse organisation?

Adapting to cultural and working environments in a different country is a challenge for many, but expatriates are used to living with this fact. Respect is the key to mutual understanding, and MZLZ managed to establish sincere relations between people from Croatia, France and Turkey. Also, Croatian hospitality makes you feel like home wherever you travel in the country. It's no wonder Croatia has progressed a lot in terms of tourism and has a bright future ahead.

What will we see at the airport in the future?

The construction team completed its work and delivered a brilliant landmark. Now, MZLZ has to work harder to expand its network, and increase the air traffic activities in Zagreb to fulfil the new passenger terminal and trigger further phases of planned development. Zagreb will become a more important player in the region every year, ultimately cementing its position as a regional hub. In the meantime, commercial and operational teams will continue to improve service quality and product diversity in order to provide the best airport experience to guests. 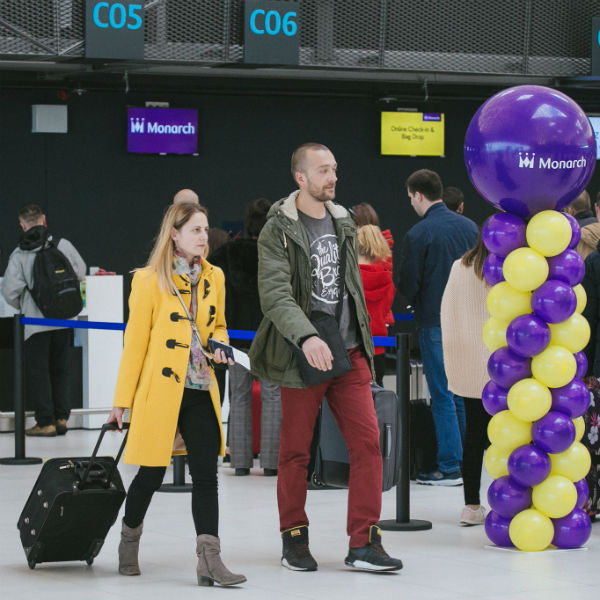 International Zagreb Airport is looking to build on its recent expansion programme to become an important regional transport hub.