Bornholm Airport was opened for public air transport in November 1940, initiating scheduled passenger flights to Copenhagen on a daily basis. The landing area was a pear-shaped grass runway measuring 550×70m.

Due to the airport's remote position, it acquired a great importance during the Second World War, as hard winters coupled with mines and other war-related dangers in the Danish sea waters were causing difficulties to maritime transport.

In the decades since, Bornholm Airport was extended concurrently with the fast-growing traffic. Today, the airport appears as a fully modern facility - relating to passenger facilities as well as technical equipment. The air terminal, founded in 1982, measures 3,000m3 and houses all facilities necessary to provide an optimum service. Likewise, the airport is technically well equipped. The main runway measures 2,000×45m and is consequently able to serve aircraft up to a maximum of an Airbus A321, for example.

An instrument landing system (ILS) is available for aircraft approaching the runway from the east and the west. Bornholm Airport is operated by the Danish Transport Authority. The airport plays an important part in the growth of the region as global trade requires rapid links with the rest of the world. For many companies, the airport is an essential factor for their presence in the region. Scheduled flights to Copenhagen give residents of the county quick access to Europe and the rest of the world. The majority of charter flights to the Mediterranean have attracted many satisfied passengers over recent years. 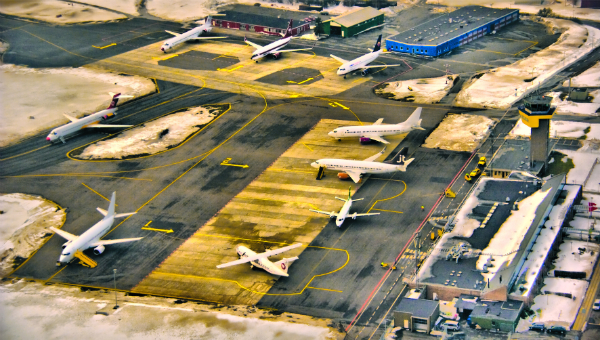 Bornholm Airport has been operating for over 70 years.