With strong economic growth underpinning expansion of the country's aviation sector, Airport & Aviation Services (Sri Lanka) is keen to emphasise the benefits and attraction of the South Asian island - for travellers, investors and airlines alike.

Sri Lanka's Mattala Rajapaksa International Airport (MRIA), which has formed a gateway to southern, eastern and central Sri Lanka, is gathering momentum and has now completed almost one and a half years in operation since its inauguration on 18 March 2013.

Ever since its inception, MRIA has been maintaining uninterrupted operation with a steady increase in the number of flights; passengers to, from and transferring through MRIA; and also in cargo throughput.

The time is ripe

MRIA extends a warm welcome to all to come and experience the warm hospitality - a trait reflective of the Sri Lankans - blended with sheer efficiency and a high level of safety that ensures economic benefits for all stakeholders.

Sri Lanka has witnessed the rapid pickup of its economy since 2009, and development is gradually expanding throughout the country. Now, the conditions are ripe for investors to come to Sri Lanka and launch their businesses. A fertile breeding ground for new ventures now exists; basic infrastructure is in place and improving steadily, natural resources are in abundance, there is a skilled labour pool and the state policies are very investor friendly.

Development in Sri Lanka, earlier concentrated more or less only in the Western Province, is now gradually diffusing throughout the country. Sri Lanka has started a strategic and planned process of growth through the '5+1 hub strategy', which seeks to foster the six most dynamic sectors in the economy. The aviation sector is one of these hubs, and it aspires to become a regional aviation hub thanks to Sri Lanka's strategic geographical location in the middle of air as well as sea routes that connect East and West. Sri Lanka is just four hours from all of the major cities in Asia and only eight hours from three continents.

Sri Lanka's traditional gateway, Bandaranaike International Airport (BIA), located 22km north of Colombo, has a design capacity of six million passengers per annum. The 4.2 million air passengers handled by BIA in 2009 rose to 7.3 million by 2013 - a significant and rapid growth. BIA plans to increase the passenger capacity by another nine million, thereby increasing the airport's capacity to 15 million by the end of 2017.

MRIA, the second international airport located in the south of Sri Lanka, is already handling one million passengers and plans to add up to a further five million in capacity, which would ensure Sri Lanka had an overall international air passenger handling figure of more than 20 million by 2020. The present annual combined cargo throughput of the two airports would also be increased to 450,000t during this period.

As for Sri Lanka's air connectivity to the rest of the world, BIA has 23 airlines operating around 3,900 scheduled flights weekly to 43 destinations covering many parts of the world, while MRIA, in spite of having been in operation for only 17 months, counts 32 weekly scheduled flights to nine destinations, thus giving air travellers a range of options for efficient connectivity.

Sri Lankan Airlines, the national carrier, has recently joined the prestigious One World global airlines alliance, thus linking the country with a substantial number of new destinations and sectors, opening up further options to airline passengers around the world.

Sri Lanka's airspace is considered one of the safest in the region with very high success rates of implementation as noted during the aviation safety oversight audit conducted by ICAO.

State-of-the-art airport infrastructure, well supported by improved procedures handled by a trained and skilled workforce, mean the overall airport and air navigation services operate at a very high standard and conform to all international standards and recommended practices.

With the A-380/ICAO Code F capability of MRIA, major airlines operating flights along oceanic air routes between Australia and the Middle East, most often using A380 aircraft, have started showing a preference for flying along routes that bring them closer to MRIA in order to exploit this capability in case of any eventuality en route, which in turn has caused them to fly within Sri Lanka's controlled airspace, known as Colombo flight information region (FIR), and yielding revenue for the country as well.

All well-known Sri Lankan tourist destinations are within close range of MRIA. The world famous Arugam Bay wind surfing resort is just three hours away, while Yala, the renowned wildlife sanctuary, can be reached in 35 minutes. To reach a cooler climate, one only needs to travel along a three-hour scenic route. Beaches, as well as famous world cultural heritage sites, are just around the corner.

Only a few other venture sites in the world have such a geographical advantage. There are also plans to open a golf course and a five-star hotel near the airport, in addition to a few more hotels in the vicinity of MRIA, including the 300-room Shangri-La, which is nearing completion and is scheduled to open in mid-2015.

The airport is conveniently linked with the country's modern road network, which includes expressways and highways providing efficient access to almost all the major cities and provinces, and, very soon, the two international airports will have expressway and railway links as well.

Sri Lanka offers great opportunities for investors in an array of fields such as aviation, maritime, energy, tourism, education and many more. Especially around MRIA, lucrative investment opportunities are on offer for aviation-related industries such as MRO and aviation academies, for example.

The Sri Lankan Government has established a free industrial zone encompassing MRIA as well as Magam Ruhunupura Mahinda Rajapaksa Port (MRMRP), which are located just 28km away from one another, in order to facilitate the sea-air shipment of the various products manufactured in factories within this zone. The sea port is strategically located with about 250 vessels sailing daily along the major route located very close by. Investors are encouraged to set up their businesses in and around this area.

MRIA invites all airlines to be among the early birds at this futuristic destination for networking with Airport & Aviation Services (Sri Lanka), branded simply as AASL, and to take advantage of the attractive packages on offer. 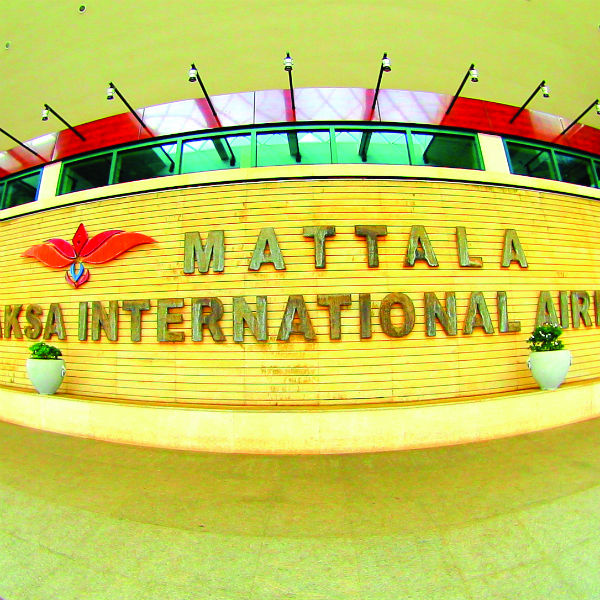 MRIA currently handles one million passengers a year and plans to add up to another five million, helping Sri Lanka meet its 2020 target. 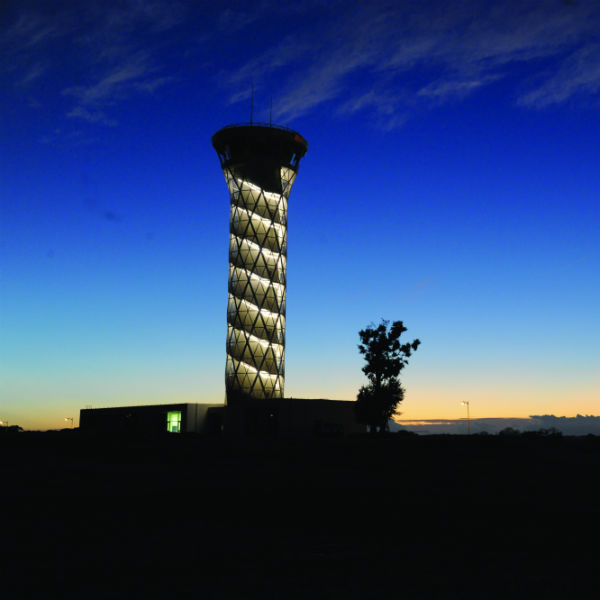 The airport has state-of-the-art infrastructure, including its ATC tower, helping maintain the high safety standards associated with Sri Lankan airspace.