How did Naples Airport get its airport carbon accreditation certification?

Michele Miedico: In 2012, Naples Airport joined the ACI airport carbon accreditation (ACA) programme to reduce greenhouse gas emissions, reaching Level 3. Our participation in the ACA programme represents our commitment as an airport to fight climate change, following a certified and internationally recognised programme. Over the past few years, we have worked hard to reduce our CO2 emissions, launched environmental awareness campaigns aimed at reducing energy consumption, and pushed for sustainable mobility and waste management.

For example, we adopted an 'airport collaborative decision-making' system to reduce aircraft emission on the ground, we also changed most of the vehicles and equipment operating at the airport with electrical ones, and started to monitor and optimise the means of transport that airport staff use to get to work by encouraging the use of public transport and car pooling.

Thanks to all this, we achieved a level of CO2 emissions in 2016 equal to just 1.28kg of CO2/pax - significantly lower than the previous level of 1.51kg of CO2/pax. More broadly, we are active in the research sector, and recently announced a joint programme with the University of Naples to explore new sustainable mobility solutions for passengers and operators.

Thanks to the airport noise analysis system (SARA), Naples Airport has been able to implement the control of noise levels and aircraft take-off procedures to fulfil all the demands of the Italian Civil Aviation Authority.

What are your environmental principles?

Last year, Naples Airport processed just under 8.58 million passengers, a 27% rise on 2016, making it the fastest growing airport in Italy. It was the only Italian airport included in the 'Fast & Furious' list released by ACI Europe, highlighting the 19 fastest-growing European airports during 2012-17.

At the same time, we improved our service performance and service quality, which led us to win the 2017 ACI Europe Award for Best European Airport in the five to ten million passenger category. We are fully committed to achieving sustainable growth and to combining economic considerations with environmental and social ones. We have adopted a certified environmental management system according to ISO 14001/2015, setting ourselves objectives of protecting and respecting the environment, and promoting integrated development with stakeholders in the area.

How has Softech contributed to monitoring and analysing the environment?

Since 2005, Softech has been one of our most reliable technical partners, developing systems for monitoring and analysing the airport's environmental performance. With the help of Softech, Naples Airport was the first Italian airport to build and test an airport noise-monitoring network, in 2005. Thanks to the airport noise analysis system (SARA), Naples Airport has been able to implement the control of noise levels and aircraft take-off procedures to fulfil all the demands of the Italian Civil Aviation Authority.

What are Naples Airport's plans for future projects?

In the near future, we want to become a carbon neutral airport, aiming to achieve ACA certification at Level 3+, and bolster our environmental work still further. In light of this, we are planning to build a new power plant, which was designed to achieve the best energy efficiency on the market, using methane gas to produce enough electricity and hot water to serve the passenger terminal, cargo terminal and other office buildings around the airport complex. All this should lead to a massive reduction in our CO2 emissions; we estimate that our new power plant will cut around 900t/year of CO2.

Apart from that, we have several exciting projects on the horizon, including increasing the number of electric vehicles and other electrical equipment at the airport, all aimed at cutting greenhouse gas emissions. 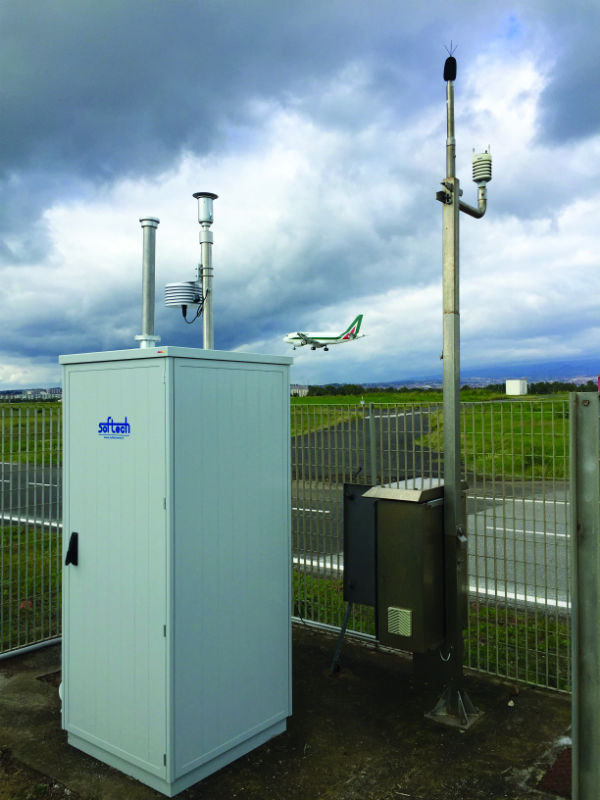