Bruel and Kjaer EMS - All the right noises

For airports and local communities alike, keeping noise pollution at a sustainable level is a daily concern. Future Airport talks to Kent Espersen, head of sales and operations for Brüel & Kjær, about how the company's new software allows operators to dampen sound and make local residents stakeholders in their airport's future.

By the iron laws of forward planning and government diktat, the 18,600 acres of undulating prairie outside Pickering, Ontario, shouldn't exist. In 1972, the Canadian Federal Government bought the land with the intention of transforming it into the second airport to serve the city of Toronto - only they never got round to it. Local opposition to the planned hub was so vociferous that the government thought it better to delay construction. Further consultation met with a similar reception, and so, for the moment, Pickering Airport remains just words on a page.

Concerns about noise levels and air pollution have thwarted meaningful expansion of airstrips across Europe and North America as local residents band together and exercise whatever democratic rights they have to obstruct construction. Yet for Kent Espersen, head of sales and operations for noise management solutions provider Brüel & Kjær, the relationship between an airport and the local community needn't be defined by confrontation.

"Minimising airports' noise is always a major issue," he says. "Everybody sees the benefit of having the infrastructure close to where they live, as well as the jobs that go with it, but they don't want to hear what goes on. Getting a good dialogue going between both groups is therefore vital."

With sales offices and representatives in more than 55 countries, and with over 70 years' experience in the field of noise management, Brüel & Kjær is uniquely placed to get that conversation going.

Its latest innovation is NoiseDesk, a cloud-based solution that allows the airport operators to accurately map sound levels throughout their premises and across the local area, correlating the radar data of arrivals and departures with sound checks made by a collection of noise monitoring terminals.

Crucially, the NoiseDesk solution drives down costs, enabling valuable resources to focus on stakeholder engagement. And because it's a cloud-based solution, training airport personnel in the use of the program only takes a matter of hours.

"We take it upon ourselves to manage data collection, the running and operating of the system, and the monitoring of its findings," says Espersen. "We basically ensure the data is available for the operator and ready to be used. The only training we need to provide is how to access the portal and demonstrate its capabilities."

"The program has an extended complaint management system so that those interested in noise levels at the given airport can launch a complaint and pinpoint which flight or collection of aircraft is specifically responsible," explains Espersen. "The software allows airport operators to swiftly respond to those concerned and add in the pertinent statistical information in an easily interpreted manner."

In the end, Espersen believes, the solution for airports in developed countries dealing with noise complaints is consultation, not confrontation.

"Even though many airports have reduced their noise footprint significantly, the level of complaints has not decreased in a commensurate manner," he says. "At Brüel & Kjær, we're partnering with our airport clients to develop strategies and tools that minimise airport noise and engage stakeholders in an open, transparent conversation to find the right balance between airport impact and benefits." 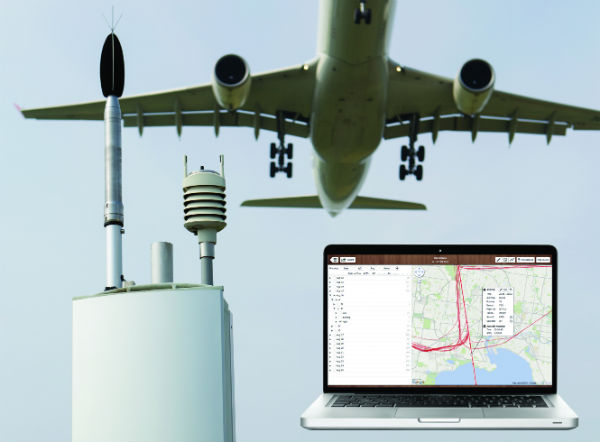 NoiseDesk from Brüel & Kjær is a breakthrough cloud-based service to support and develop your airport noise programme.