Inter airport Europe 2017 concluded its most successful show to date with a total of 654 exhibitors from 43 countries, and a floor space of 31,800m² - an increase of 7% compared over the previous year. "This very successful event once more reflects the current dynamic development of the airport industry," explains Nicole Hamann, managing director of the organisers of inter airport Europe, Mack Brook Exhibitions. "The airport of the future provides enormous potential for suppliers of equipment, technology, services and solutions; and the digitisation and automation offers new opportunities for airport operators. At the event, visitors were able to see for themselves that networked airports will soon be a reality. Driverless vehicles, automated baggage handling, highly developed systems and air traffic control - all these latest developments were presented at this year's show. We would like to thank all exhibitors and visitors for this brilliant edition of inter airport Europe."

A first analysis of feedback shows that participating companies were highly satisfied with the outcome of the show. The vast majority were able to reach their target groups, and they praised the high quality of trade visitors. They also reported a large number of new business contacts and positive sales figures. Many had returned this year, with even more impressive stands than previously, and showcased an enormous variety of new products, many of which were demonstrated live at the stands.

The airport of the future provides enormous potential for suppliers of equipment, technology, services and solutions; and the digitisation and automation offers new opportunities for airport operators.

Several countries were represented with national pavilions again, including Finland, France, Germany, the UK, North America and the Netherlands.

This year's show was a highly international event. Around 70% of the exhibitors were from outside of Germany, and over 70% of visitors travelled to Munich from abroad to visit the event.

Winners of the Innovation Awards

After the opening ceremony, the inter airport Europe Innovation Awards were announced and given to the winning companies. For the second time, the winners were selected via an online voting system on the inter airport Europe show website. Exhibitors submitted their entries in the four exhibition categories. A fifth prize was awarded in the category of interCONNECTED, covering the recent trend in the airport industry: the interconnected airport. More than 50 innovations were posted by the participating companies on the website, and the international airport community was invited to vote for their favourite in each of the categories. A total of 3,313 airport professionals cast their votes.

The winner for the interTERMINAL category was Vanderlande from the Netherlands. The company received the award for its flexible logistics solution, FLEET, which adapts baggage handling demands overnight. It uses swarm intelligence to prioritise and react quickly to obstacles.

The interDATA winner was topsystem Systemhaus from Germany, which won for APHIS, its aviation personnel handling and information system. APHIS supports the creation of staff rosters to assure that employees with the required qualifications are available at the right place and the right time.

PaxLift from Italy succeeded in the interRAMP category with its next-generation Ambulift, a new PRM transporter that provides precise control and maximum comfort within a small footprint and single driver operation.

Zodiac Aerospace from France received the award in the interDESIGN category for its SEN door with mushroom-locking system on ULDs. The new SEN doorlocking system ensures easy, quick and tight door closure without the known disadvantages of Velcro.

The fifth award - in the new category interCONNECTED - went to Dedienne Aerospace from France. It was awarded for ToolLive, a real-time tracking and predictive analytics service dedicated to aeronautical tools, which generates all data relevant to the maintenance of critical tools through a single connected device. It supports daily tooling management and keeps even large tooling inventories up to date.

inter airport Europe 2017 concluded its most successful show to date with a total of 654 exhibitors from 43 countries, and a floor space of 31,800m² - an increase of 7% compared over the previous year. 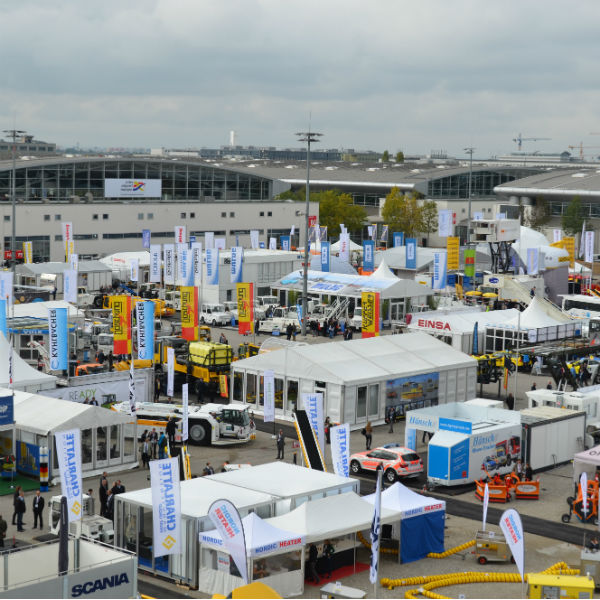 Digitalisation will be a major theme in Munich.