Since the invention of the aircraft cargo hold, travellers' luggage has been misplaced by baggage handlers. Now, there might at least be peace of mind for those accidentally separated from their holiday essentials. Harry Steck, CEO of Globatrac, explains how his company's new tracking hardware is revolutionising how we think of luggage.

Lose your luggage in the US and, if you're unlucky, your belongings will end up being pored over by customers at the Unclaimed Baggage Center (UBC) located in the leafy town of Scottsboro, Alabama. Founded in 1970 as a borrowed pick-up truck and $300-worth of unclaimed baggage, the shop now comprises 40,000ft2 of space selling the tiny percentage of suitcases airlines cannot reunite with their owners. While around 60% of what is sold is clothing, items as diverse as drum kits, bridal wear and plans for the guidance system of an F-16 fighter jet have found their way into the hands of the UBC in the past.

While the owners of the UBC continue to manage a thriving business, carriers are continually improving their performance in the proper management of their passengers' luggage. In 2007, airlines worldwide mishandled 18.88 suitcases per 1,000 passengers, costing airlines around $4 billion in repatriation fees; by 2013, that figure was down to 6.96.

Harry Steck, CEO of Globatrac, aims to get that number as close to zero as he possibly can. While human error cannot be eliminated entirely, as the manufacturer of the Trakdot, a device the user places inside their luggage alerting them as to its location before and after a given flight, Globatrac is endeavouring to minimise the fuss that accompanies any attempts to reclaim what does get lost.

"With Trakdot, we were searching for a reliable tracking technology with a lower energy expenditure than what was usually taken for granted in the industry," says Steck. "By 2012, the result of our search was our development of a device based around cellular technology. At that point, Globatrac was founded to bring it to life in the form of a product."

Prior to founding Globatrac, Steck's career was somewhat atypical for a tech start-up CEO. His previous leadership roles include a Japanese steel company, as well as managing the US operations for Rank Corporation, but all informed his approach to the development of Trakdot in one way or another.

"All of those positions involved a healthy dose of sales and marketing experience," he explains. "And that helped a great deal when we knew we would be taking a unique technology and bringing it to market as a consumer packaged good. It allowed that discipline and experience with dealing with consumer-oriented products to help us get Trakdot designed the way it is today."

Extensive consultations with consumer focus groups throughout 2012 shaped how Trakdot would eventually be sold to the marketplace. "Everybody had a horror story about checking in their airport luggage and having it lost. What's more, we confirmed that the greatest fear on everyone's mind when they landed was, 'I wonder if my luggage arrived as well?'," says Steck. "To at least one individual in each group, without question, having a device that could track where their airline luggage was located was vital."

One specification was demanded above all else: affordability. "Most tracking devices are very expensive, primarily because of the annual service you need to have with it," explains Steck. "So from the start, one of our main objectives was to manufacture a product that had the sort of price you would expect for use in the mass market. We learnt from those focus groups that keeping the device under $50 and the fact that our annual service is less than $20 satisfied that demand from a consumer standpoint."

Once the price was fixed, Globatrac set about fashioning a product that was compliant with FAA standards. "It needed to have the ability to turn off during flight, come back on again when the flight landed, and be able to immediately and accurately communicate to the user the location," says Steck.

Globatrac achieved this through a combination of the device tapping into the native mobile network and an accelerometer specially attuned to the movements of the aircraft the luggage was travelling within.

"Every airport has one or more cell towers serving it," explains Steck. "Globatrac has a database that has every cell tower and airport in the world. The device is always looking for a cell tower whose signal it can pick up. Once it's matched with a cell tower location, an email and a text is sent to the user telling them the location of the device, and hence where the luggage is."

Crucially, Trakdot is able to do so while being intelligent enough to hibernate during flight. This is all achieved through patented algorithms and the built-in accelerometer, enabling in-flight compliance.

Trakdot's uses, Steck maintains, are not confined to ensuring passengers' peace of mind. He has attended meetings with representatives of several major airlines to promote the advantages the device might have to their own operations.

"Airlines are very sensitive to anything that reminds their customers that their luggage has been lost, of course," says Steck. "Yet in the grand scheme of things, only 2% of bags ultimately get mishandled. The rest of the time, the airports do a superb job, and the bag arrives back with the traveller. What I've been saying to the airlines is effectively, 'Why don't you take credit for the fact that you do it right 98% of the time?'."

Additionally, the widespread adoption of Trakdot presents the airlines with an opportunity to provide leaner and more efficient customer service.

"The amount of carry-on luggage that travellers take on board is a major issue for most airlines, because, since there's no more space in the overhead locker, the heavier luggage gets piled up at the end of the jetway for loading," explains Steck. "The operational pitch we've made to the airlines is that if you convince more people to put a Trakdot in their luggage, you'd create a greater sense of control and peace of mind among your customers that might persuade them not to take so many suitcases on board with them."

Ultimately, Steck sees many uses for Trakdot in the near future. "Once you leave the airport, if you wanted to track your luggage for other purposes during its journey - by taxi or if it's being moved through your hotel - you need to apply that specificity of location you got earlier at the airport in a new setting," says Steck. "The obvious next step for us here at Globatrac will be to add that capability, which means that once the traveller using the device leaves the airport, they could switch the Trakdot to a GPS mode."

However, for the moment, he's keen on enhancing its capabilities for the travel sector. "At the end of the day, though, the reason why Trakdot exists is for the six billion people that travel by aeroplane each year. A vast majority of those flyers check in their luggage, and we'll never lose sight of our objective of giving them better peace of mind." 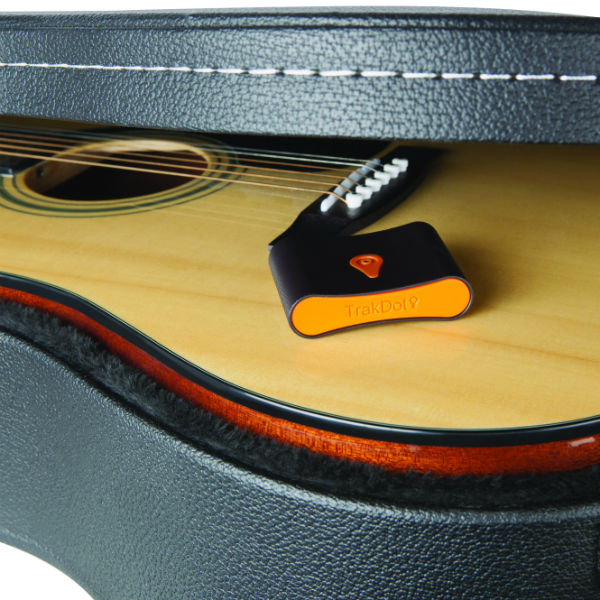 Case in point: the Trakdot’s compact design means it can be slipped into almost any type of luggage. 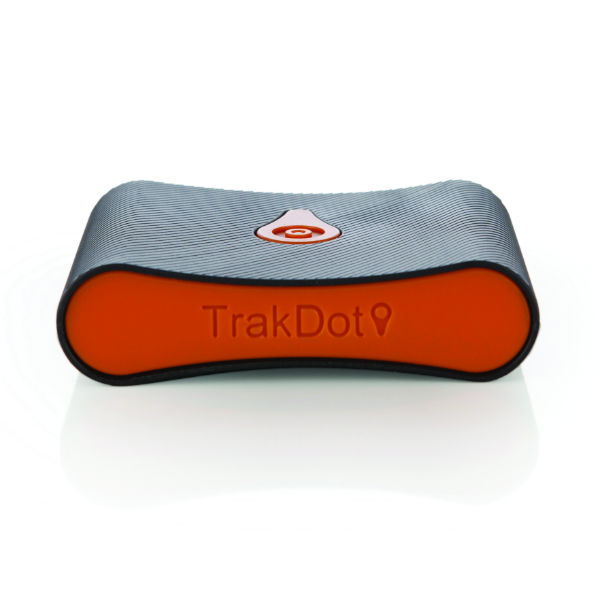 The device relies on its in-built accelerometer to know when to turn on and off.