DFS's journey to becoming one of the first ANSPs to launch a remote tower project began with a study conducted with the German Aerospace Centre (DLR) to determine the influence of human factors on working processes and console layouts. This was followed by a feasibility study that examined the overall provision of services in Germany. The study also developed prototypes to simulate single and multiple remote tower operations.

Important lessons learned in these phases had a profound influence on the process of defining the remote tower operation project that is planned to go into operation in autumn 2018. This undertaking will consolidate the control of air traffic at three DFS airports at a remote centre in Leipzig, Germany. Initially, the airports in Saarbrücken and Erfurt will be controlled remotely, with Dresden set to follow soon after.

One of the main issues DFS focused on was the importance of its own operational knowledge. It may seem obvious that the company knew best how to prepare the system that it wanted and needed to use. However, the process is more complicated than just installing monitors in a room and moving the air traffic controllers there.

The path to success

The first mission for the successful implementation of a remote tower solution is to identify the 'why'. At DFS, the main objective was to reduce costs while increasing productivity. Its Remote Tower Control (RTC) project plans to meet this objective by centralising operations of small and medium-sized towers into one remote tower centre. In addition to cost savings and increased productivity, benefits include reducing costs for the renovation or replacement of old towers, eliminating blind spots and establishing better contingency procedures. Standardising technology and working positions also lower personnel costs, as air traffic control (ATC) personnel can be staffed more flexibly.

The next step for DFS was to ask if the operational processes that work well with direct visual contact could be used, or whether it would be better to develop a completely new concept. It decided to continue with the existing operational concept. In retrospect, this was one of the most difficult ways to implement a new system, though the results it has achieved have proved that it is the most beneficial to air traffic controllers.

To take such a decision, it is necessary to conduct an intensive analysis of current processes and technical conditions. One technical condition in particular has an incredible influence on which solution should be chosen: the availability of data lines and bandwidth. A limitation here could constrain the final resolution as well as the type and quantity of cameras. It has
a great impact on the whole operational concept.

A decision for the best technical solution had to be taken. In such a situation, it is vital to let the defined operational concept drive the development, rather than adapting the approach to an existing product.

Currently, all technical suppliers for remote tower systems follow their own philosophy, but with growing numbers of worldwide projects, suppliers will need to become more flexible and to develop suitable systems based on lessons learned, and in close cooperation with ANSPs.

After DFS had chosen the most suitable approach, an initial prototype was created by supplier Frequentis. The following phase needed intensive engagement with operational and maintenance staff. Every initial operational concept just
gives an indefinite idea of the final product. The user has an appreciable effect on the success of the project and many versions were needed to find the optimal answer.

Components, layout and configurations were changed; functions were added and refined; and displays and controls were optimised. This change was continuously evaluated by a group of air traffic controllers from each of the three towers. Their feedback and suggestions for improvements led to the next evaluation cycle. By involving different towers, DFS ensured that the experience gained would be equally applicable when further small and mid-sized airports are added to the remote centre in Leipzig.

After the system configuration - with its components and operational procedures - was settled, the official approval process for the RTC began. The new technology in combination with partially new operational and technical procedures, as well as the relevant training plan, had to be approved by the supervisory authority.

Implementing remote tower operations is regulated as stringently as any other new technology in air navigation services. In the evaluation phase in 2016, therefore, DFS regularly updated and involved the German Federal Supervisory Authority for Air Navigation Services.

The process was supported by safety assessments and workshops conducted by safety, operational, technical and administrative experts.

It has been an extremely instructive process to narrow down the hazards in iterative functional hazard analysis (FHA) steps to get a detailed understanding about possible restraints and challenges.

From the beginning, DFS was aware that remote operations represented a radical shift in tower control that marked the beginning of a new era of ATC services in Germany. DFS has initiated that transition by introducing a passive 'shadow' mode in which controllers sit at a console and follow the operations performed by their counterparts in the tower. They cannot interact with live traffic, but can observe and analyse the RTC system.

Once the training in the passive mode had been successfully managed, the next step was to change roles and actively control air traffic using the RTC system in an active shadow mode.

The ongoing transition to the operational DFS RTC environment includes such shadow mode operations to
be carried out continuously, initially for shorter periods and then for entire weekends. During the transition, the tower will remain staffed, and the controllers there will be able to intervene and overrule their remote colleagues at any time.

The DFS project shows that remote tower operations can revolutionise operational and technical tower control processes, and that the key is to integrate operational knowledge from the start of such a development-intensive undertaking. 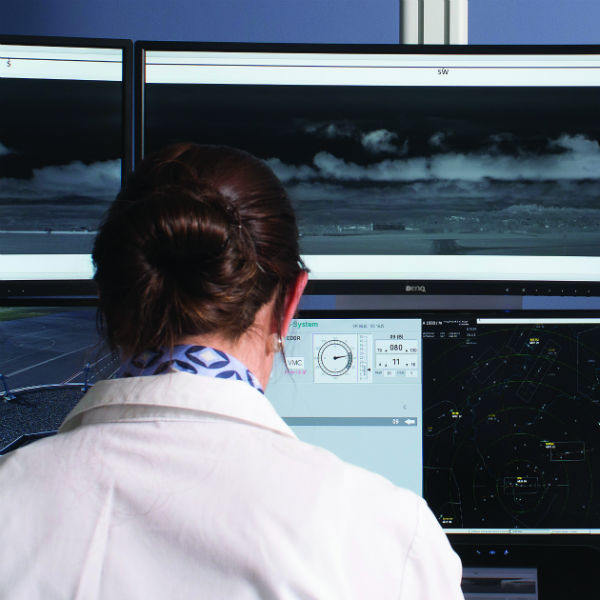 The controllers continuously accompany and evaluate the remote tower system. 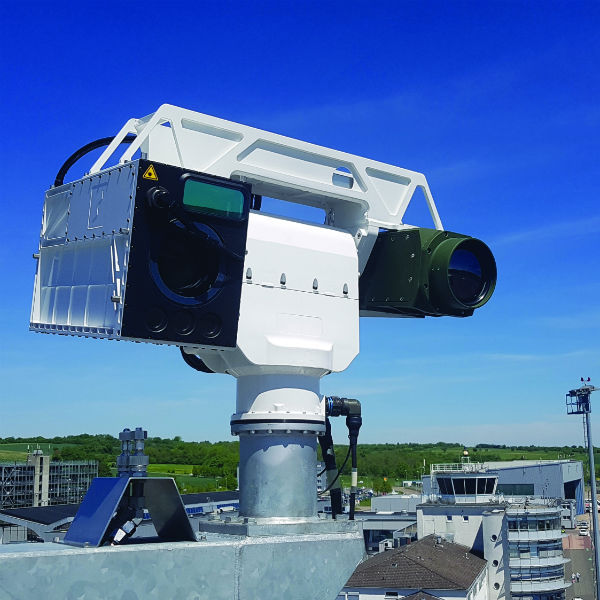 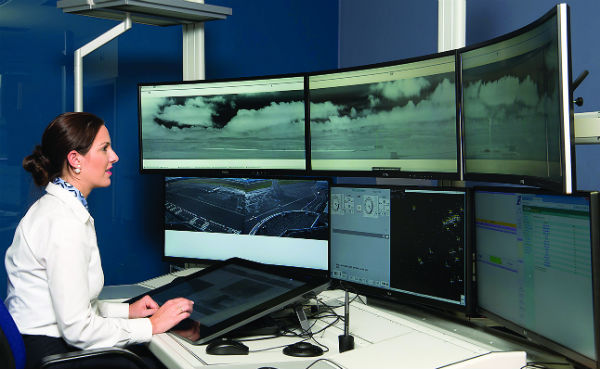 The changing RTC console during one of the evaluation cycles. 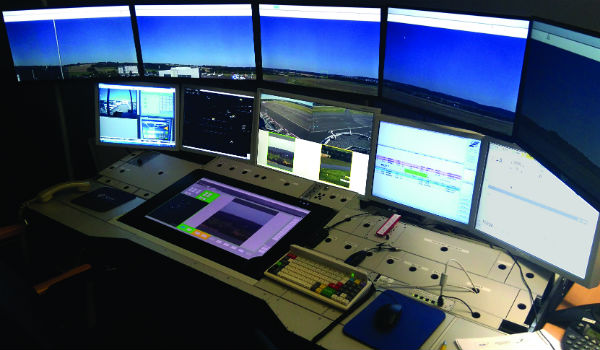