Travel from the West to the developing world, and you'd be forgiven for thinking the creature comforts of home might prove few and far between. Paul Topping, board member and managing director, for duty-free retailer Flemingo International, talks to Future Airport about how the company's expansion is ending that impression once and for all.

Successfully managing a duty-free retailer that operates in more than 34 countries comes down to fulfilling one of the key goals, according to Paul Topping: making sure the teams working under you know what they're doing and are doing it with passion.

"You have to focus totally on the consumers, and how your team can provide solutions to solve their needs quickly and efficiently," he says. "Above all though, you have to keep your team together. You have to be vigilant in maintaining a system of constructive feedback and transparency among them. Only then can you build a company that aggressively searches for and exploits opportunities in the marketplace, and build a brand that customers know puts them first."

Topping serves as the managing director and a board member of duty-free retailer Flemingo International and brings to the job a wealth of experience in providing retail solutions to customers all over the globe, whether in similar governance positions in the UK, or multinational providers such as Asia Heinemann and Alpha Retail. Both taught him lessons that he's applied in his work at Flemingo.

"The lifeblood of our business remains logistics" he says. "We wouldn't have a business in such fragmented markets as Africa or India if we didn't know a thing or two about overcoming vast distances to get our products to market."

A leg to stand on

"Vast" doesn't even come close. Founded in 1997 in Tanzania, Flemingo began its life catering for the United Nations with commissary shops before moving into duty-free at airports, sea ports, borders, military shops and passenger experiences. In 2003, the company won its first concession outlets in India, kick-starting its expansion across the region. Today, from its headquarters in Dubai, Flemingo oversees travel retail and duty-free operations stretching deep into the heart of Africa, Europe and sweeping across south Asia to cover the likes of Sri Lanka, the Maldives and Mauritius, in addition to Latin America.

"Sales across the region have been particularly buoyant this year, where we have extended our number of trading units," says Topping. "Our duty-free presence in Mumbai, which is a joint venture with DFS, has also continued to grow well, with continued product development, heavy promotional activity and good passenger growth."

The company is eager to reap these benefits through the creation of a red-themed secondary departures shop to cater for budget travellers. "These customers account for 40% of travellers and are mainly Indians working abroad. They also are strong buyers on arrival, purchasing not just liquor but supermarket items and confectionery as well. Our pre-order sales have also continued to grow well."

Flemingo has also launched a loyalty card scheme in Sri Lanka that will be rolled out across India later this year.

Beyond the subcontinent, Flemingo is investing heavily in shoring up its concerns throughout the Middle East and Europe. This includes operating its duty-free retail business on Gulf Air, as well as managing its extensive holdings throughout Turkey.

In 2010, Flemingo acquired Turkish duty-free provider Iris Ekspres, adding in-flight to its portfolio. Today, the subsidiary supplies duty-free products to all airlines originating from the country, excepting national carriers. That same year, Flemingo also acquired Baltona Duty Free, the largest duty-free operator in Poland, where sales have continued to perform to Flemingo's high expectations. Its biggest moves to date, however, have been into the UK and Belgian markets.

"In 2013, Flemingo acquired Chacalli De Decker, a specialist in the supply of duty and tax-free goods to diplomats, UN organisations and military missions," says Topping. "The company has operations across the UK and France in addition to those in Benelux, with travel retail shops in Liege, Weeze and Rotterdam Airports, which has helped us in moving into the UK and Belgian markets."

Recently, Flemingo also acquired Harding Retail, enabling the company to add the cruise retail sector to its fast-growing portfolio, as well as enhancing its strategic and operational capabilities.

Flemingo operates its businesses through decentralised teams, supported in turn by centralised specialists in logistics, information services and project development. This allows the company's retail outlets significant leeway in conceptualising themselves according to their particular airport's flow of traffic and passenger profiles. Furthermore, a strong base of local knowledge is enhanced by regular surveys, and a healthy relationship with indigenous and international suppliers.

"As a way of offsetting risk, we also regularly seek to procure master concessions and acquire shares in collective businesses in the countries we operate in," adds Topping.

This mode of operation grants Flemingo a crucial advantage in markets where its competitors have not expanded, either for lack of local nous or ignorance of the potential within the region that it could afford. It's an approach that Topping hopes will translate well during Flemingo's continued expansion into African markets.

Hand in hand with this growth has come an upsurge in interest regarding tourism opportunities in Africa. At the moment, the infrastructure able to support a vibrant hospitality industry on the continent is lacking.

"Currently, Africa accounts for around 3% of the world's total air traffic," he says. "Last year, the number of tourists grew by just one million arrivals, with most of that growth occurring in nations in the north."

"Africa will have enormous potential in the coming years," he says. "More than a sixth of the world's population lives there, a number that's expected to double within the next 35 years, in 54 countries. By 2040, the continent will have a bigger total workforce than either China or India, many of them in what will be seven out of ten of what are projected to be the world's fastest-growing economies. It's a young, dynamic market on the cusp of great things, and Flemingo is going to be there when that happens."

This emphasis on local knowledge has deeply influenced Flemingo's sense of corporate social responsibility (CSR). The company feels it is just as important to contribute as it is to sell to the communities within which it works, and it was to that end that the company recently launched its first structured CSR project, 'Educate to Protect'. The programme champions children's rights and education, and is jointly organised by the Flemingo Foundation - the CSR arm of Flemingo Group - and The Inner Wheel Movement of Sri Lanka.

"Educate to Protect has already made progress fighting the silent scourge of child abuse in Sri Lanka - a dire phenomenon that has led, in some extreme cases, to unfortunate tragic child suicides," says Topping. "We are proud to say that since September 2013, we have managed to reach out to raise awareness among more than 25,000 children, and more than 5,000 parents and educators."

It's an approach that harks back to the core values of a company with the stated goal of achieving two billion customers by 2020, according to Topping. "Our strategy for the future involves winning new tenders by breaking into new markets, but we wouldn't be here without a constant commitment to improve our standard operating procedures and, above all, maintain the high level of customer service we're known for the world over." 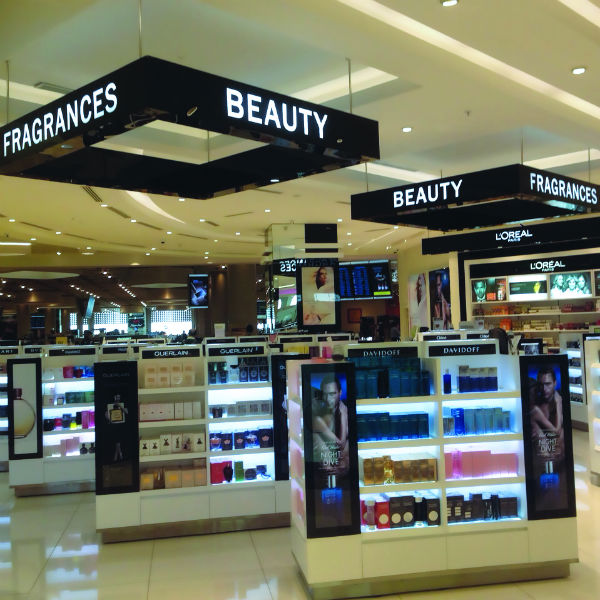 Flemingo operates duty-free concessions in airports throughout the world, employing deep-rooted local knowledge to tailor the retail experience it offers. 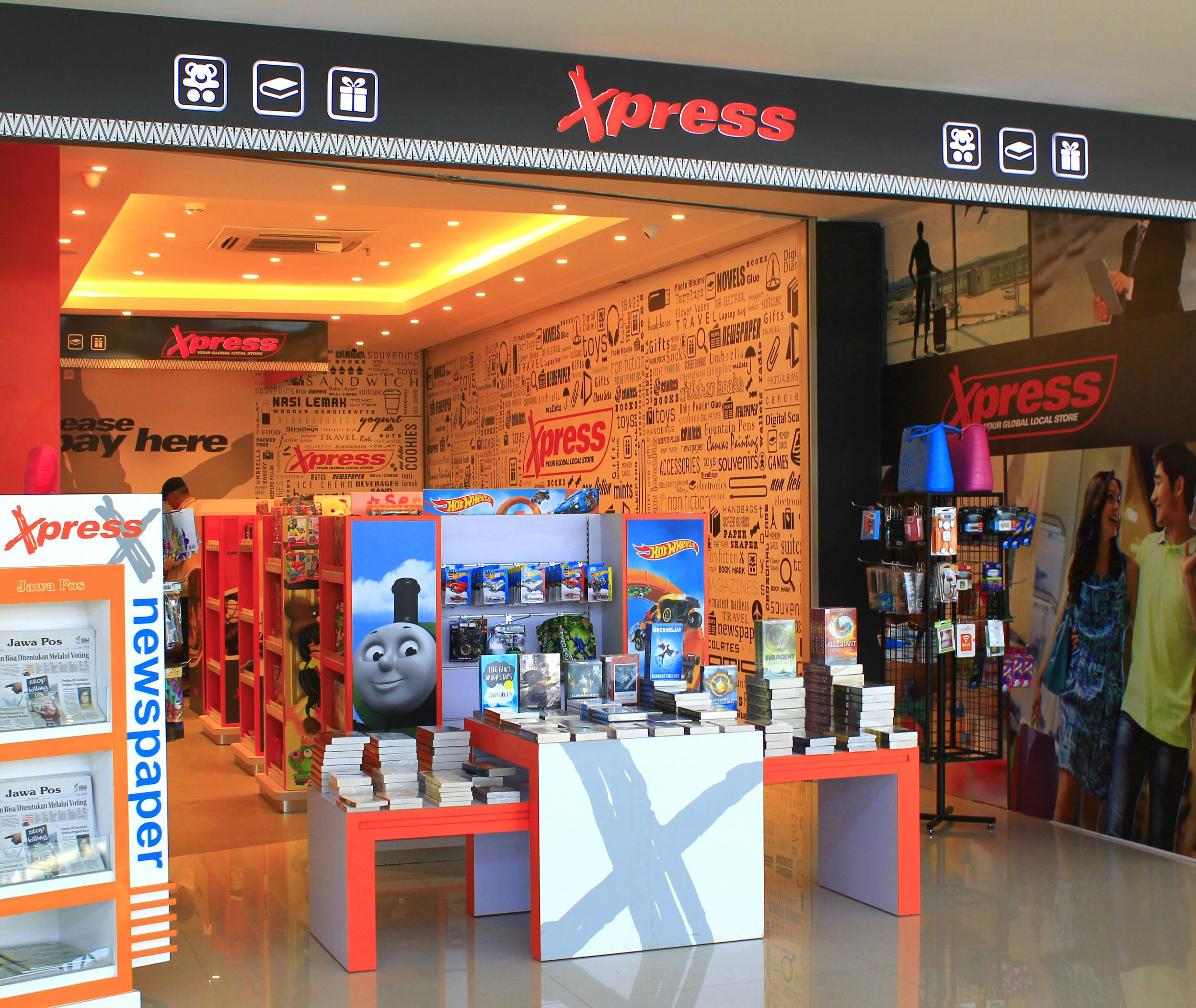 The company operates Xpress concept stores in transit and check-in areas that sell a variety of items. 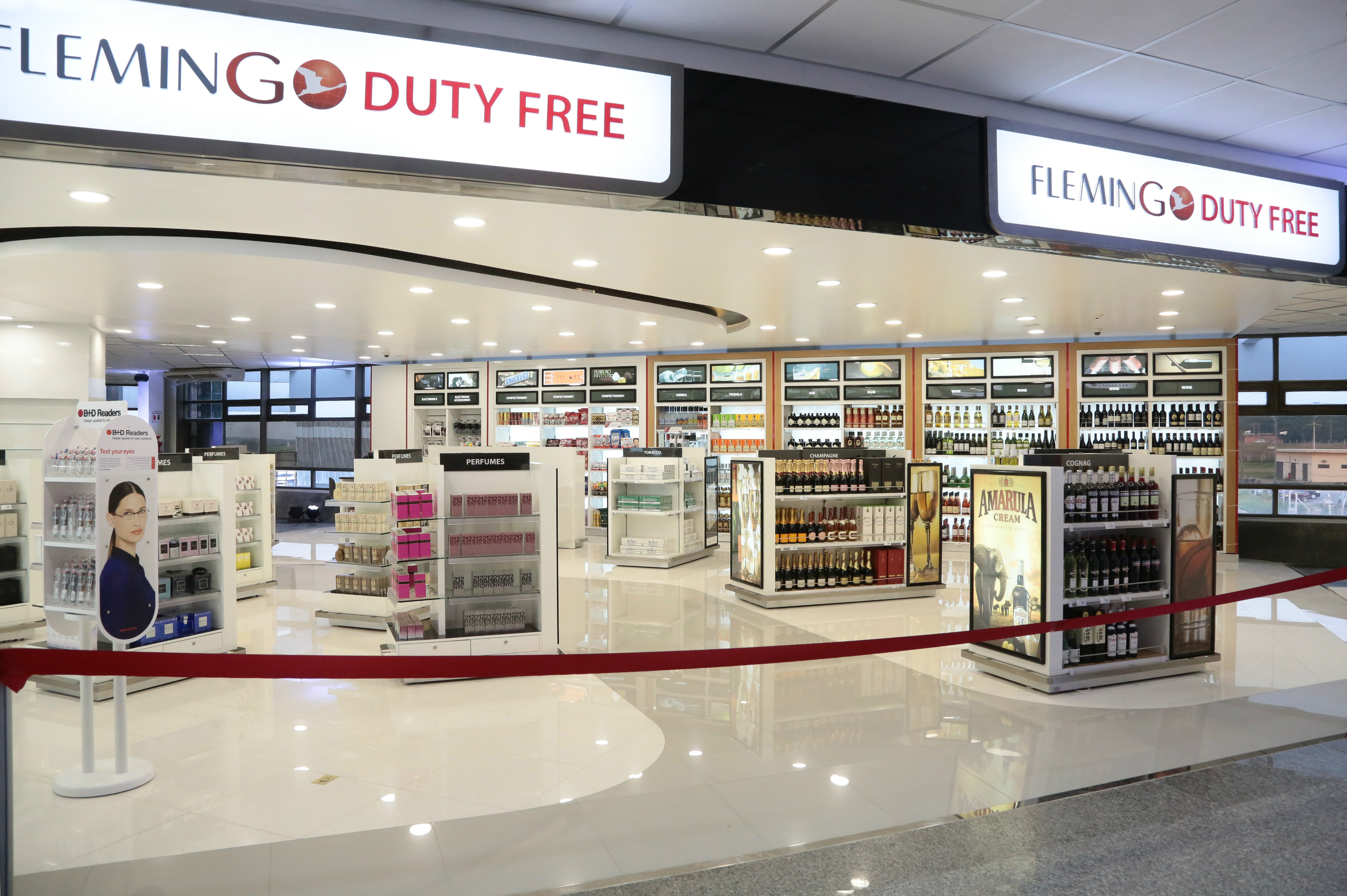 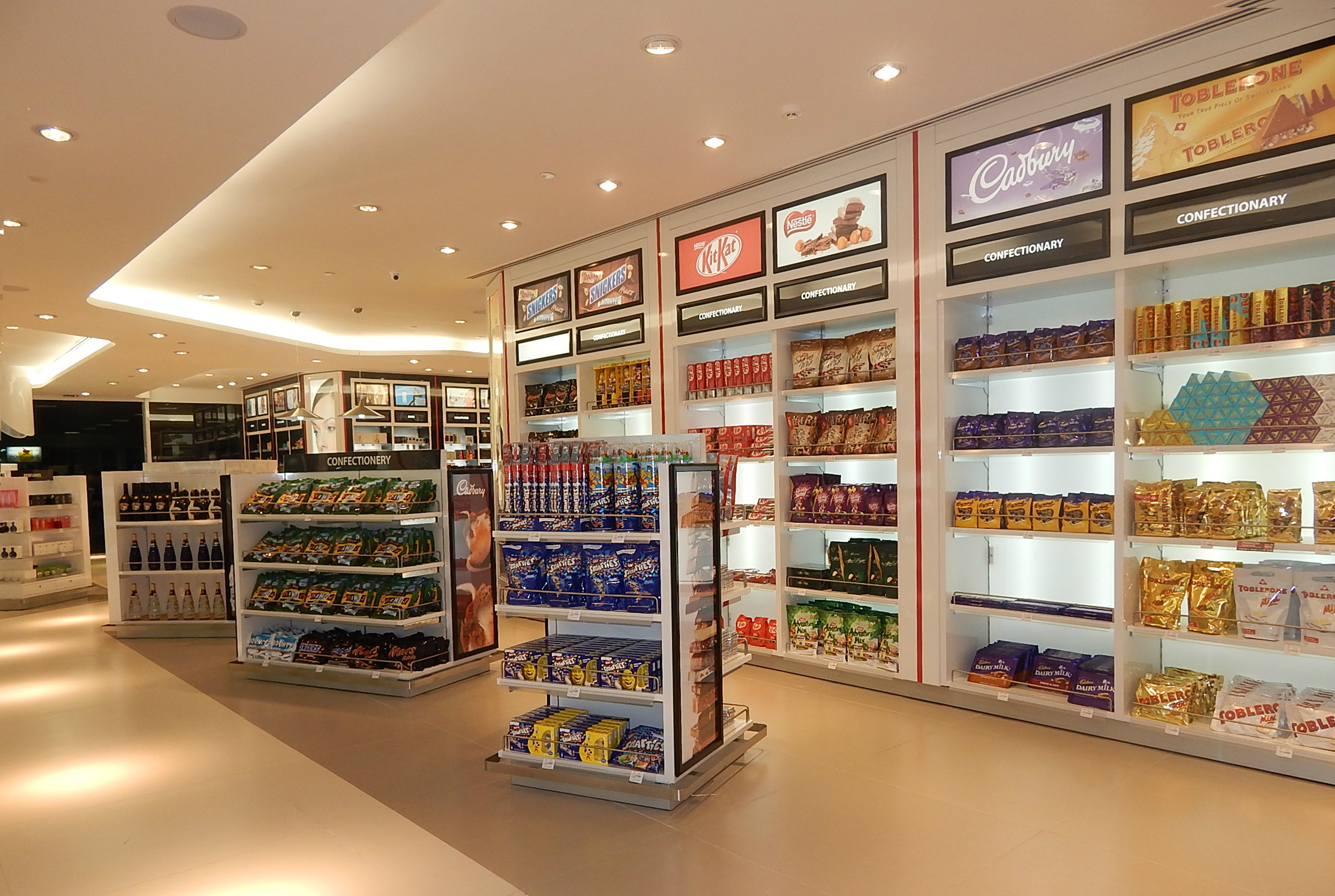 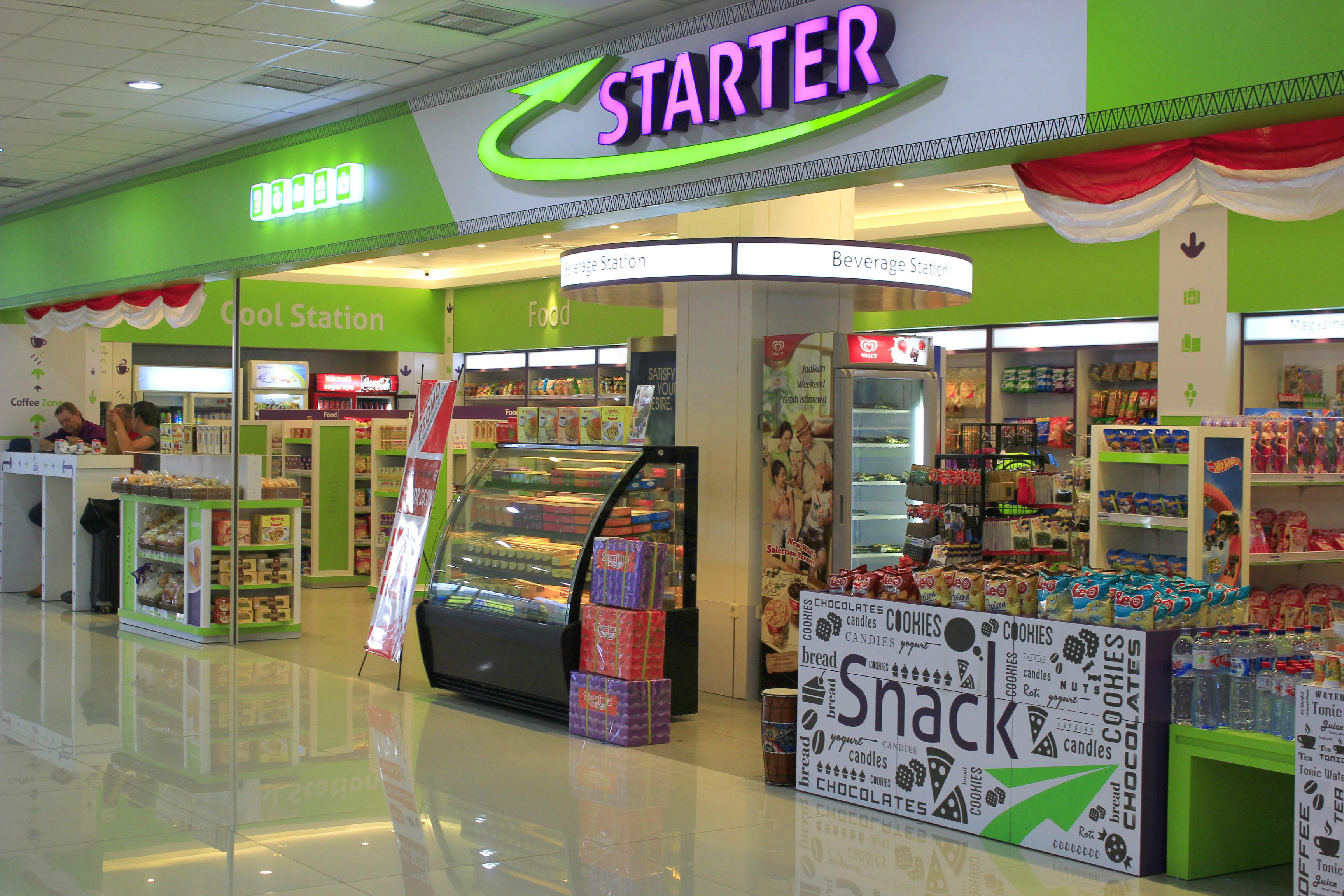