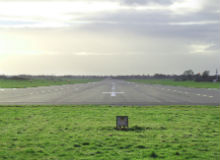 With the grounding of a number of Boeing's new flagship 787 Dreamliner aircraft in recent weeks, US and Japanese regulators have demanded an investigation into their airworthiness, with all 50 operational aircraft being ordered out of service in the US, Japan and Europe. A series of embarrassing technical faults, chiefly with the plane's lithium-ion batteries, represent yet another blow for Boeing in the wake of numerous technical delays with the aircraft. Industry experts are doubtful that a quick fix can be found, putting deliveries of the aircraft even further behind schedule.

Mary Schiavo, the former US Department of Transport inspector general said: "It looks like an unfortunate situation for Boeing. It looks like there is not going to be a quick solution, and that we are not looking at days of grounding but possibly months... So far, at least, it appears not to have been a bad batch of batteries, which would have been the best of all possible worlds for Boeing."

The root of the problem has been traced to the lithium-ion batteries, which were manufactured by the Japanese company GS Yuasa. Japanese Transport Ministry safety official Yasuo Ishii said: "Engineers from the [US Federal Aviation Administration], Boeing and our aviation bureau have started a probe that is mainly focusing on GS Yuasa's production line... They are checking on whether there have been any issues in the production process. We still don't know what caused the battery problem and so we are looking
into all possibilities."

While investigations have been ongoing, Boeing has tried to reassure its customers and markets that these initial teething problems will soon be overcome. Jim McNerney, chairman, president and CEO of Boeing, said: "We are confident the 787 is safe and we stand behind its overall integrity... We will be taking every necessary step in the coming days to assure our customers and the travelling public of the 787's safety and to return the airplanes to service."

In a statement, Boeing also said: "The company has formed teams consisting of hundreds of engineering and technical experts, who are working around the clock with the sole focus of resolving the issue and returning the 787 fleet to flight status. We are working this issue tirelessly in cooperation with our customers, and the appropriate regulatory and investigative authorities."