The Operational Readiness and Airport Transfer consulting methodology is designed to ensure that a new airport infrastructure project – a terminal extension or a newbuild on a greenfield site, for example – functions perfectly from the very beginning. Speaking to James Lawson, Alexander Larisch, project director at Fraport, describes the benefits of the solution and how his company implements it.

The new terminal is complete. The latest baggage handling systems lie waiting. All that remains is for the first passengers to walk through the doors. But will opening day be a triumph or a tragedy?

The Operational Readiness and Airport Transfer (ORAT) consulting methodology is the best way to ensure that every aspect of a new facility functions flawlessly right from day one. Rather than relying on intuitive, 'seat of the pants' preparations, ORAT consultants work with airport stakeholders to formulate new processes, train staff, and then trial every single new system and procedure from passenger and baggage handling to security and airside operations.

For those who get it wrong, their airport may carry the stigma forever. Just think about the dire problems associated with the opening of Heathrow Terminal 5 and Berlin Brandenburg, or even with Hong Kong International's move from Kai Tak to Chek Lap Kok, which still lives in the memory despite happening in 1998.

A successful launch, however, can resound around the world, like the debut of Terminal 3 at Brazil's São Paulo-Guarulhos International Airport last year. Supporting its partners EC Harris and ON-BLOCK, Fraport's ORAT team helped Brazil inaugurate the new facility in May 2014, right on schedule, just a month before the start of the FIFA World Cup.

"They constructed a fast-track, 12-million passenger terminal within 18 months," says Alexander Larisch, project director at Fraport. "In other parts of the world, that would simply be impossible. ORAT played a big part in helping them open on time."

The sheer scale of today's major airports makes this kind of methodical preparation mandatory. When it opens, Istanbul New Airport will be the world's largest with 150 million passengers, while Beijing's Daxing International will handle up to 200 million when it opens in 2018. Mexico City New Airport and DWC-Dubai World Central (Al Maktoum International Airport) are similarly ambitious projects.

Automatic for the people

Increasingly complex, deeply integrated airport systems add to the challenge. The previous stand-alone applications for flight information and check-in are a thing of the past, replaced by FIDS and CUTE systems that are intimately linked to an airport's operational databases and many other vital parts of its infrastructure.

Where an operator has to move from manual to fully automated baggage handling, it's not just the technology that has to work properly. A labour force used to simply throwing bags into a cart or onto a belt suddenly has to deal with multimillion-pound state-of-the-art machinery.

"It's like switching from driving a little Fiat to a Ferrari," says Larisch. "These systems are extremely sensitive to rough treatment, and if you treat them badly, they sort wrongly, so you have to slowly bring the staff to a very high technical level. The manual handlers in particular need to understand how to use the system without damaging it."

Not considering ORAT early enough can be almost as bad as not using it at all. For example, construction and other delays at Heathrow Terminal 5, Denver and Bangkok left insufficient time for the ORAT team to iron out all the flaws before opening.

"A lot of teams are brought in way too late," says Larisch. "They come into a project a year or so before the opening, and there is insufficient time to achieve many of the vital goals. Then they can only try to reduce the risk as much as they can."

First conceived by Reinhard Zeiler to help cope with Munich Airport's move to a new terminal in 1992, ORAT has developed into a number of different forms. The version championed by Fraport makes use of a team of consultants headed by senior project managers to deal with two main sets of tasks: preparing staff, procedures and systems; and planning a smooth transfer from the old to the new installation.

First comes operational and technical management, with the team writing new sets of operational concepts and procedures, or updating existing ones, to suit the new installation. Ground handling, control centre operation, different types of emergency response - everything has to be considered.

"It’s like switching from driving a little Fiat to a Ferrari. These systems are extremely sensitive to rough treatment."

They also plough through the operations and maintenance (O&M) manuals for all the new subsystems the operator is purchasing, from CCTV to fuel hydrant and lighting control systems, to make sure they are fit for purpose.

"The first step is to create an operational concept, writing down the vision of how the operator wants to run that new building," says Larisch. "What is being done where by whom and when? What are the critical interfaces? It might be hard to believe but this is rarely in place when an operator starts an ORAT project."

Next comes training and familiarisation: checking there is adequate training documentation to educate staff in these new processes, concepts and technical systems. They also ensure the operator's workforce receive all the free training they are contractually entitled to and develop a welcome programme for the new terminal.

"We take every employee - and that could be up to 15,000 staff - by the hand, bring them out to the new airport and walk along with them to show them the route they will take from the entrance to their locker rooms, through security and to their workplace," says Larisch.

Then there is the design of the operational trials that verify system functionality and check new airport processes for gaps and errors. The ORAT team plans the script for each one down to the very last detail, from the staff involved and the flight schedule to sourcing the dummy bags and test passengers, and even arranging the temporary catering.

The sophisticated security doors that separate an airport's airside from landside areas often exhibit teething troubles. With numerous complex electrical connections, magnets and a sensitive ID card reader, they must work seamlessly with the access control system and its database of all the new ID badges. To add to the challenge, many different stakeholders are involved: security authorities, police, the system provider and the airport operators.

"The doors need to open according to the specification and the rights of the user," says Larisch. "If they fail, you need contingency plans in place. For example, you may need to guard them manually."

Complex fire safety and protection systems are another common problem area. In airport buildings that might be more than 30m high with nine different levels, all the sprinklers and smoke extraction intakes need to be accurately located at thousands of different points and the sprinkler system integrated with the alarm system.

Then there is the actual transfer to the new airport. With potentially hundreds of different companies involved, the team must bring together everyone from the lady in the flower shop to the ground handling company to ensure they will all be ready to move when required. They decide which airlines should go first and whether to shift operations in a single day or night, or to choose a 'soft opening' over weeks or even months instead.

"All the stakeholders have different interests, budgets and timelines, and you have to bring them all onto one track to work in the same direction," says Larisch. "Many of them will be third-party companies that the operator will have no real contractual tie with. If they mess up, it can put the whole airport in a bad light."

The operator's own managers typically lack the time to plan properly for the transition. Before a new facility is even considered, the existing airport is usually running well over capacity and staff are fully occupied handling day-to-day challenges. For example, Jakarta's Soekarno-Hatta was built to handle 22 million passengers but operates with 62 million today.

Operations managers may also only inaugurate one terminal during their entire professional careers, while the construction contractor may have little idea of operational processes. A team of ORAT experts can support the operator and work as a neutral third party to bridge the gap between operations and construction during the new project.

Some construction companies do offer ORAT services themselves, but Larisch emphasises the need for an independent team. They work closely with the contractor, helping them focus on the most important parts of the infrastructure that must be ready for opening day.

"You definitely don't want the construction company to do the ORAT part as well," he says. "The ORAT team should challenge the contractors on behalf of the operator, ensuring that they have delivered what they have been contracted to deliver, that their systems' technical specifications are correct and that they are working adequately."

Moving to a new facility is a huge test but it also offers operators the opportunity to massively improve their procedures, systems and staff skills in a single step.

With their experience of working on different airport projects around the world, a good ORAT team means those changes will be in line with global best practice, and with planning complete, they can formulate practical, hands-on trials that ensure reality matches the initial vision.

"We have our construction boots, helmets and jeans, and we use them, particularly during the final phases of a project," concludes Larisch. "We patrol the terminal and airside facilities, we get dirty climbing through the baggage handling system and we go through every single detail to make sure the airport will be ready on time." 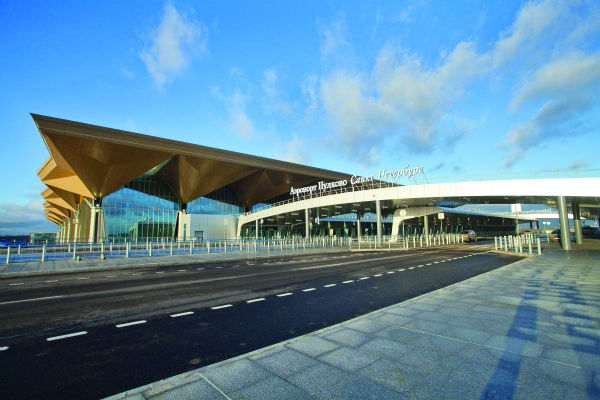 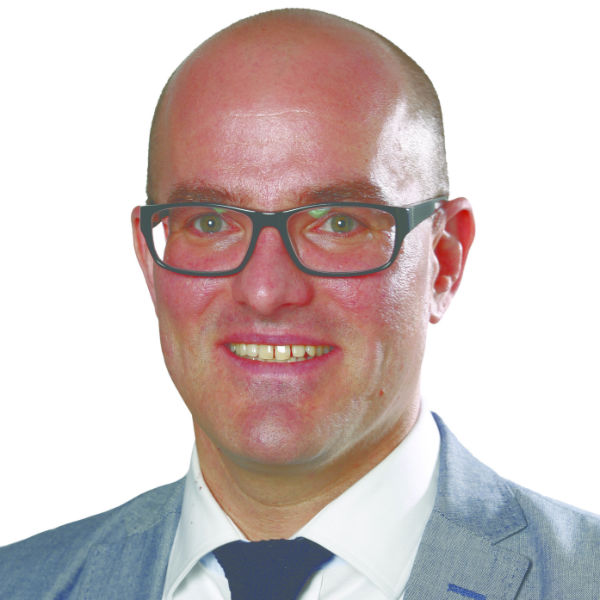 Alexander Larisch has more than 19 years’ experience in the aviation industry. He started in the air cargo, freight forwarding and logistic industry, then continued with airlines before reaching the airport industry. He holds a degree in logistics and aviation management.
Post to: