While the world was under lockdown, the number of aircraft in the sky fell to unprecedented levels. Now, aviation stakeholders are looking beyond this temporary lull to see what steps need to be taken to secure a more sustainable future for the air travel sector, as Lynette Eyb reports.

It was the perfect storm. Following years of unprecedented growth, the challenges of climate change were looming large. Then came Covid-19. The numbers are bleak and by now well documented: the International Air Transport Association (IATA) estimated passenger revenue was down 90% year-on-year in April. The situation had scarcely improved by August, when that figure was at 75%. And it wasn’t just passenger revenue – freight volumes also suffered as trade slumped and borders remained closed.

As the pandemic wore on, airlines from all corners of the world – from giants like Air France- KLM, American Airlines and United Airlines to smaller regional carriers – received government bailouts or loans. The interdependent nature of the aviation ecosystem was perhaps best highlighted by the €6bn state recapitalisation of Lufthansa, the survival of which relied not only on Germany’s flagship carrier but also its subsidiaries, including Swiss International and Austrian Airlines, not to mention an 8% stake in Frankfurt Airport.

And it wasn’t just airlines. As revenue passenger kilometres fell by as much as 94%, airports, and related businesses as diverse as ground support services, retail and taxi companies, were forced to close or furlough staff. The aviation sector hit a low not seen since 9/11 – and it may yet prove more economically devastating over the longer term. Aircraft were mothballed, and profit and investment forecasts rewritten. The elephant in the room, however, hadn’t gone away. Climate change, it turns out, is immune to Covid-19.

“The pandemic has accelerated trends that were there already,” says Robert Hall, executive director at Resilience First, a London-based think tank for business. “Operators are using the crisis to reconsider and accelerate tough strategic decisions. The pressure is on to find sustainable policies that will allow the industry to return to profit while also responding to the climate change agenda.”

Sir Stephen Hillier, chair of the UK’s Civil Aviation Authority, told a Resilience First aviation industry webinar in November that there may be worse to come. “I would argue that, as terrible and as tragic as this pandemic is in so many respects, the biggest long-term resilience challenge to the aerospace enterprise is actually decarbonisation and net zero,” said Hillier. What’s more, ignoring decarbonisation would do more harm than good. “Air travel will have a growing reputational impact to deal with because as other sectors decarbonise more quickly, aviation’s contribution to global warming will become an ever-greater percentage. This issue is going to grow unless we get to grips with it.”

Graham Bolton, chair of the British Aviation Group, went one step further, telling a follow-up webinar that it was now or never – without action, there would be no industry at all. “It’s existential,” he said in a subsequent webinar. “If we don’t find the money to deal with carbon both on the ground and in terms of the wider social and environmental impact at the airport, we won’t have people flying to generate revenue.”

Prior to Covid-19, hundreds of airports as far afield as London, Boston, Lagos and Singapore were working with Airports Council International’s (ACI) Airport Carbon Accreditation programme to take steps towards sustainability. Boosting energy efficiency inside terminals, moving ground support to electric and biofuel power, improving water management and cutting single-use plastics were all in focus. The pace of change may now accelerate as airports, carriers and contractors look ahead to economic recovery.

When Covid-19 hit, changes became more drastic. Among the first casualties as airlines looked to cut costs were older aircraft that were less fuel efficient and more expensive to maintain than newer models. According to IATA, each new generation of aircraft increases fuel efficiency by 15–20% – with fewer aircraft needed to service dwindling passenger numbers, it made sense for airlines to effectively bring forward the planned retirements of older models that were sucking cash from Covid-ravaged operating budgets. Post-pandemic fleets will, therefore, have a different look and feel – and bring with them sustainability benefits.

Following 9/11, Hall says more than 500 aircraft were retired and he sees history repeating. Largercapacity aircraft such as A340s and A380s, along with remaining B767s, B747s and B777s, have flown off to the scrapyard. “Experience of previous crises indicates that aircraft fleets will be at least 10–20% smaller in the near term and may take over five years to recover,” he says. The IATA does not expect pre-Covid demand to bounce back before 2024.

Hillier sees any carbon gains from these fleet changes as small fry, given the bigger picture. “In terms of Covid’s impact, you could say that there has been some positive effects [on the environment] because the first thing the airlines looked to was to retire their old and inefficient aircraft. But, in my view, that is almost a happenstance benefit. It was always something that was planned – it will have a benefit for decarbonisation, but we need to do much, much more.”

Juliana Scavuzzi, senior director for sustainability, environmental protection and legal affairs at ACI World, says part of that solution will come in the form of changes to aircraft design, such as electric or hydrogen-powered solutions. “These will potentially require considerable change or adaptation in current airport infrastructure and operations,” she says. “We’ve started to look into this to better understand these impacts.”

Faster successes will come from the accelerated use of sustainable aviation fuel (SAF), biofuels that are estimated to be able to reduce carbon emissions by up to 80%, according to the IATA. Alexandre de Juniac, IATA’s director general and CEO, says while research is ongoing into electric and hydrogen-powered flight, he does not realistically expect these technologies to be available until at least the mid-2030s. “Even then it’s likely that electric, for example, will be more suited to short and medium-haul flights,” he says. “Liquid fuel will still be needed for long-haul flights, and that’s where SAF comes in.”

He stresses that SAF is just one of four pillars being used to meet 2050 targets. Technology, infrastructure and operational improvements, and carbon offsets through the Carbon Offsetting and Reduction Scheme for International Aviation were also key. More efficient flight and ground operations would improve flight times and cut waiting times to land. This has obvious benefits in terms of reducing emissions, with fewer jet hours both in the air and on the ground inevitably leading to less fuel consumption and a cut in carbon emissions. “The impact of Covid on the bottom line means we can’t afford to have inefficiencies that add costs and CO2 emissions, like delays and inefficient flight paths,” he says. The question is, how will the industry pay for the new technologies and infrastructure changes needed to support the industry’s 2050 net-zero target given the pandemic has landed a near-fatal blow on airport and airline budgets?

Governments have already injected billions into the sector, but the crisis is much worse than initially predicted. “The $173bn in financial support [so far] has saved countless jobs and averted mass bankruptcies,” says de Juniac. “This was an investment in recovery – not just for airlines but for the economy as a whole. Every aviation job supports 29 others. Covid-19 has taught us just how much we lose when people cannot fly… The solution is not to reduce connectivity, as some suggest, but to make sure that it is sustainable.”

But more is needed: airlines have cut costs almost in half, but declining revenue has outpaced any savings. “More support will be needed to see the industry through – and it must come in a way that does not increase debt further,” says De Juniac.

Getting the priorities right

Hillier says the industry’s Covid-19 recovery must prioritise decarbonisation – at any cost. “None of this comes for free. From governments to industry, money is being consumed at a very significant rate and it gives less freedom for the investment that is needed to put us even more firmly on the path to decarbonisation,” he points out. “That doesn’t mean we have the luxury of just saying that we will do it when we can afford to – it has to be done and we need to work out how we’re going to do it.”

Recovery cash is already being tied to the environment. The French government’s €1.5bn Covid-19 support plan for aerospace is dependent on the industry funding R&D initiatives that target sustainability. The OECD has called on the rebuild to be integrated with low-carbon transition strategies, as has the IATA.

Scavuzzi, meanwhile, thinks the industry needs to take a “holistic approach” that equally prioritises economic, social and environmental sustainability. “This is a global challenge that requires a global commitment, so all initiatives will play an important role in decarbonising the sector and reaching the industry’s long-term goals – these cannot be achieved through one single solution,” she says.

De Juniac believes the use of government stimulus funds to develop a large-scale, competitive SAF market would be “a triple win”, creating jobs, tackling climate change and connecting the world in a more sustainable way. “The one positive from the fallout of Covid-19 is that more governments around the world are looking at economic stimulus with an emphasis on a greener recovery, and that could help aviation reach its targets,” he explains. “Government incentives for SAF, for example, could create a virtuous circle of developing new jobs for a new industry, as well as slashing aviation emissions.”

Bolton agrees there is a part for state aid to play in fast-tracking energy efficiency. “There’s a role for governments to use innovation funding to help the scale up of sustainable aviation fuels from pilot to commercial scale. That’s the biggest game changer that we can achieve.”

Innovation will be the catch cry as governments look to shore up the aviation sector in the post-Covid world. Programmes such as the UK government’s £125m ‘Future Flight Challenge’ will become more important in targeting technologies that could be deployed to deliver greener airports. More efficient air traffic management systems, an increase in autonomous vehicles on the ground and drone-based support services are all areas ripe for development.

The choice for the sector in terms of investment is stark. “I think what we’ll see as the industry goes into recovery [is that] money will be focused on those things that have a direct benefit in either passenger comfort or sustainability, and that will be at the expense of other areas of investment,” Bolton says.

For Hillier, one of the by-products of the pandemic has been an awakening within the aviation world to the fragility of the sector. “It’s been exposed during Covid and that fragility is going to be even more emphasised in terms of the use of carbon fuels – and we need to get on and do something about it.” 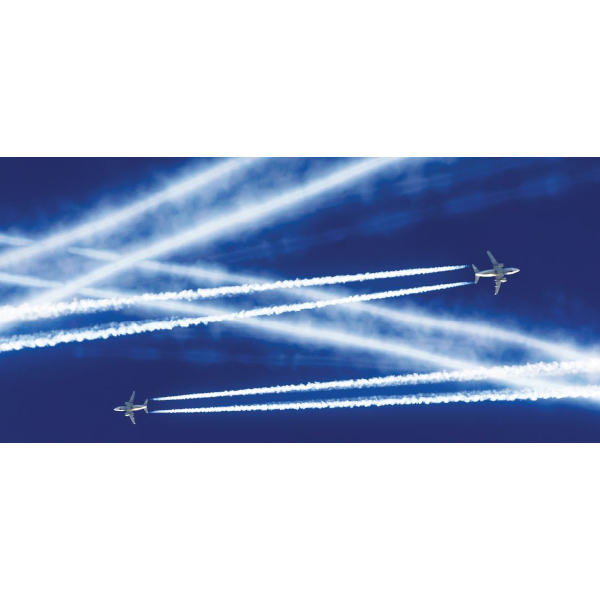 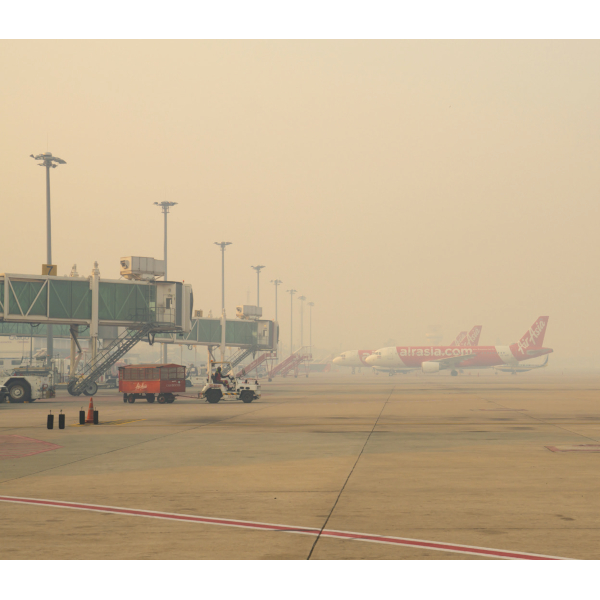