As more people are travelling by air, the burden on airport infrastructure increases, and baggage handling systems are under pressure to increase capacity without impacting on efficiency. Jim Banks speak to Chris Norton of the International Association of Baggage System Companies about the opportunities digitisation and data management provide to meet this challenge.

Recent figures from the International Air Transport Association (IATA) earlier this year showed that global passenger traffic rose 7.6% in 2017 and is expected to nearly double in the next two decades, which is far above the ten-year average annual growth rate of 5.5%. This sharp rise in demand is putting infrastructure in airports of all sizes under pressure. It has also added impetus to the drive for innovative technologies and processes that can ensure the efficient service that passengers and airlines demand.

Baggage handling is at the centre of the debate about innovation and many see the introduction of digitisation as a key element in the modernisation of systems, as the process of replacing baggage handling infrastructure on a large scale would involve significant cost and disruption. Chris Norton, board chair of the International Association of Baggage System Companies (IABSC) and CEO of VTC, which designs and implements baggage handling systems and integrated airport security solutions, believes decisions need to be taken soon about how to deliver the efficiency that airports require.

IABSC’s annual aviation industry summit in January of this year included sessions on ‘Operations and Maintenance Practices to Improve Baggage Handling System Performance’, ‘Future Planning and Flexibility’ and ‘The Bridge to the Future’. “As an industry, we see digitisation as the bridge to the future,” Norton remarks. “By this, we mean using the data that already exists within our ageing baggage handling systems (or augmenting systems without much disruption) to improve performance and extend the life of our existing systems.”

“The US Transportation Security Administration and the IABSC are both seeing passenger numbers growing faster than we can keep up.” Other aviation industry groups are observing this as well and are working towards building consensus around an industry vision for the future. That vision includes, among other things, an increased focus on the effective use of data, automation and machine learning. “We need to look at what we can do with new technology or new ideas to make better use of our current infrastructure,” she adds.

The steady approach to a new paradigm

The IABSC exists to provide a voice for the baggage handling industry by providing a forum for discussion of the latest challenges and opportunities it faces, whether it is raising standards, pushing forward innovation or finding new efficiencies in an increasingly challenging market. Its membership includes Baggage Handling Systems (BHS) consultants; security companies; speciality equipment manufacturers; controls companies; operations, maintenance and logistics companies; component manufacturers; as well as major airports and airlines, such as DFW Airport, Dallas Love Field, Greater Toronto Airports Authority, Port of Seattle and Southwest Airlines. The concerns that IABSC members and others in the industry have about planning for the future arise from the fact that change is invariably long in the making, while the dynamics of the industry can shift very quickly.

“Change takes time, which is why we say the future is now. It could take five to seven years to get a new system built from planning to completion, by which time it could be obsolete,” remarks Norton. “Alternatively, operations could change or airlines could de-hub, which would mean no one would be there to use the new infrastructure. Right now, we can’t build it big enough or fast enough, but that may change and there is the possibility of being left with too much baggage handling infrastructure. This is why we need more flexible and nimble solutions to bridge the gap.”

In search of a solution, BHS original equipment manufacturers have been looking outside the aviation sector to see how other industries have met similar challenges. While equipment manufacturers are addressing the same challenges, they are nonetheless in competition with each other, so specific technological solutions are not shared in the forum provided by IABSC. Nevertheless, sharing knowledge of the problem at hand is making it clear that major change is required.

“The industry needs a paradigm shift,” says Norton. “It is coming and although we don’t know exactly what it is yet, it will surely involve the more efficient and widespread use of data, automation and machine learning.”

Baggage handling systems of all types already incorporate hundreds if not thousands of devices that generate a large amount of data. The challenge in the past has been turning that data into useful information in a timely manner. It is the ability to make that transition that the IABSC believes holds the key to greater efficiency in the near future.

Delving into the data

Bringing new technology into the baggage handling process is no easy task. Computerised systems are well within the industry’s technological capability, but they are costly, their installation is disruptive and they have not always delivered on their promise.

For instance, in the mid-1990s, Denver International Airport was among those willing to take a step into a more automated and digitised future with the introduction of a computerised baggage handling system. This was intended to automate all stages of the baggage handling process throughout the airport, but it ran into problems due to its complexity, and its implementation led to lengthy delays to the opening of the airport. Furthermore, to limit the disruption caused by implementation, the plan to integrate all three concourses into a single system was abandoned and the system was used for outbound flights from just one concourse. In 2005, the automated system was abandoned altogether, and the airport returned to a manual tug and trolley system.

This example does not in any way diminish the potential that automated systems could offer in the future, but it does provide a lesson in how one should approach innovation with a degree of caution. That is one reason why the current thinking around digitisation within the industry involves an element of simplicity. The next step towards a new paradigm is likely to be one that does not require a leap into the unknown, a complete overhaul of the existing infrastructure, or a costly and lengthy rip-and-replace approach.

“From the perspective of digitisation, we are talking about pulling more data from the systems we already have,” explains Norton. “The intention is to use that data to manage the systems better. A lot of information can be gathered, although a lot of it is not useful. Since the early 2000s, we have specified smart devices such as encoders, photo eyes and motors because we believe the information that can be captured from these devices will transform operations and maintenance practices. If a motor can tell you that it’s running hot, or if a photo eye can tell you that it’s dirty, you can build in predictive maintenance practices for your system instead of relying on reactive maintenance schedules that might not give the attention needed in the correct areas. Doing so would make your system more reliable and cheaper to maintain.

An example of this is the IBM commercial where the maintenance person goes to a building to fix the elevator because IBM’s Watson computer had determined that the elevator would break down in two days based on analysis of data. In the BHS industry, the problem in the past was that there wasn’t a way to process such a large amount of data and receive useful information from it in real time, or if there was, no one was doing anything with the data.

“Now, with the advent of big data, increased automation and machine learning, we see a path to using data in a more predictive way. Even if you were to put in place a new system, you would still need to process all the data it gathers, so the need for data analytics won’t go away if systems change. Data management is one area in which we are learning from other industries and our members see this as one of the big opportunities.”

This data-driven approach hits many important targets at which the industry is aiming. Key areas for innovation in BHS centre on energy efficiency, security and reliability – all of which can be improved by having a clearer understanding of how the technology in place is functioning. Data analytics represents the next step forward in meeting the challenge of rising passenger numbers, and the good news is that airports can leverage the information their systems already generate to make it simpler and faster to achieve.

One question that remains is whether the many stakeholders involved will be able to collaborate in pushing data analytics forward. After all, the airline industry has managed to come together to address many of the key challenges it has faced in recent years. According to SITA, IATA’s Resolution 753, which went into effect in June 2018 and requires member airlines to track baggage at key points along the journey and share that data with partner carriers when custody changes, is already broadening the scope and use of data. As airlines have made preparations to collect and share this data internally, they have also used it to develop tools for their passengers to provide updates on the status and location of their luggage.

“As an industry, we are collaborating to voice common concerns, discuss important issues, and develop an understanding of what the travelling public and our customers see as the vision for the future,” says Norton. “As an organisation, IABSC provides a platform for this collaboration and brainstorming specifically for BHSrelated issues and topics at our monthly meetings and annual summit, and in our committee work.”

The challenge presented to baggage handling companies is pressing, but through the combined effort of organisations such as IABSC and its members, a range of potential solutions is emerging. Whatever form they take, they are almost certain to involve data. 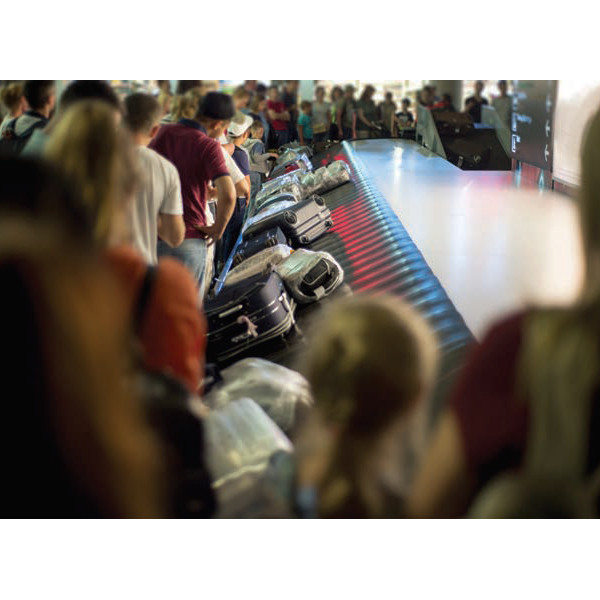 Industry leaders suggest the best solution is not in new BHS hardware but improved maintenance, systems and big-data analytics to predict workflow and improve efficiency. 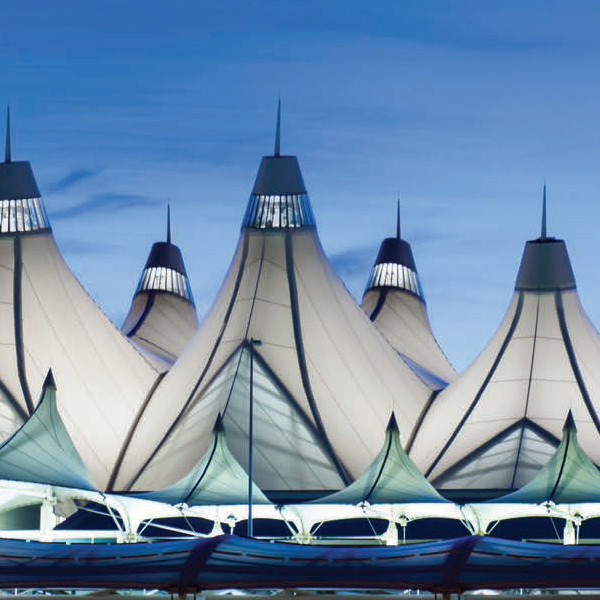 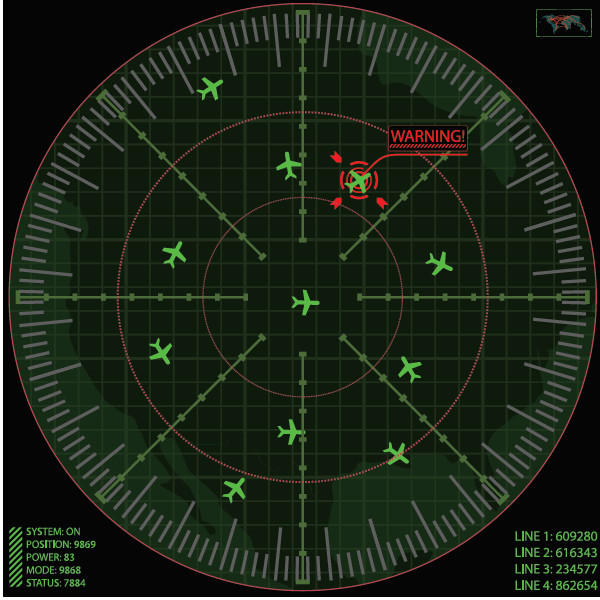 With global passenger traffic set to double in the next 20 years, the challenge of getting customers’ baggage in and out of twice as many planes in the same amount of time is unprecedented.
Post to: