A $35-million terminal expansion, and upgrades in other airport facilities and equipment have bolstered Clark International Airport's role as a vital gateway to the Philippines, right next to busy Manila Airport.

At the centre of a 2,367ha aviation complex and a 2,033ha industrial hub, Clark International Airport (CRK) is the Philippines' largest international airport in terms of land area and the only one operating under the policy regime of a freeport. Located just north of Manila on the country's main island of Luzon, CRK presents a compelling case for being a viable aviation and industrial hub that is only two to four hours away from major markets in the Asian region.

"Clark is infinitely more than just an airport," says Victor Jose Luciano, president and CEO of Clark International Airport Corporation. "It is the heart and soul of an emerging aerotropolis, anchored on its excellent location and infrastructure that makes it an efficient hub for commercial airlines, and its freeport status attracts major investments and industries able to take advantage of Clark's flexible business environment and wide range of incentives."

Over the past five years, CRK has seen remarkable growth in passenger traffic, averaging a 21% increase each year. With a growing family of domestic and international airlines, including Qatar Airways' daily flights to the Middle East, the volume of commercial traffic at CRK rose from around 600,000 passengers in 2009 to 1.30 million passengers in 2013 - and passenger demand is expected to continue to increase as a result of the recent announcement by the US Federal Aviation Administration (FAA) of the return of the Philippines' Category 1 rating.

To ensure its readiness to absorb new routes and increased frequencies, airport authorities at CRK rolled out substantial funding packages for terminal expansion, and facilities and equipment upgrades. Among other improvements, the completion in June this year of a $10-million refurbishment programme expanded CRK's terminal building from 8,587 to 18,573m2 of total floor space, from 14 to 34 airline check-in counters and from nine to 24 immigration/arrival counters.

Luciano also announced that CRK will soon have a separate passenger terminal building for budget airlines. As part of its current feasibility studies, Aeroports de Paris has also been commissioned to design a $175-million low-cost carrier terminal that can accommodate up to 16 million passengers annually.

Philippine transportation authorities say CRK's development is part of a strategy to decongest Manila Airport. Transportation Secretary Joseph Emilio Abaya said: "Manila and Clark have a significant impact on the country's economic growth, particularly in terms of tourism and logistics. In line with this, we are working to maximise the capacity of Manila and to further develop that of Clark.

"The medium-term plan is to operate Manila and Clark to serve Luzon. To further support this, a feasibility study is also being developed for the north-south commuter railway, which will make Clark more accessible from Metro Manila." 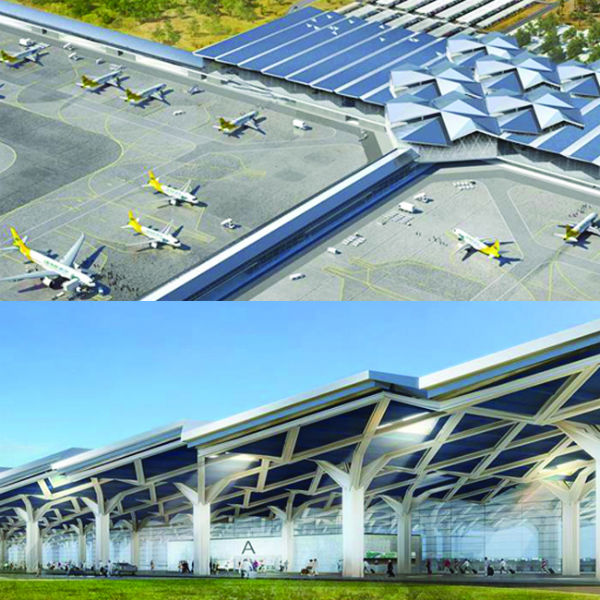 CRK will soon have a new $175-million low-cost carrier terminal that can accommodate up to 16 million passengers annually.