Chongqing Airport is rapidly emerging as a vital connecting hub to China and South-East Asia. Future Airport talks to Hu Chun, assistant general manager of Chongqing Airport Group, about how the operator's expansion of the airport's facilities is marking the city out for greatness.

To what extent should Chongqing Airport be viewed as a gateway to other destinations throughout western China?

Hu Chun: As one of only four municipalities in the country, and the only one straddling its western and central areas, Chongqing occupies a strategic location within China's booming heartland. The city is one of the fastest-growing metropolitan areas in the country, and this has fuelled continuous demand for new air transportation links.

The passenger throughput of Chongqing Airport alone was more than 32 million last year, with the annual average growth rate for passenger throughput at the airport topping 17.4% over the previous decade. As such, we are aggressively expanding our capacity for the coming years. Another runway, 3,800m long, will be opened in April 2017 for A380 passenger planes along with the new Terminal 3. This will make Chongqing the first such airport in western and central China with three in-service runways.

What is being done to link the city of Chongqing with the airport in terms of mass transit?

At present, three modes of public transport are available for people to travel to and from Chongqing Airport and the city: rail, shuttle bus and taxi. Our new T3A Terminal and third runway are expected to be in service in April 2017, and in that time, the construction of an expressway connecting the new terminal with the downtown area, in addition to a new rail route, will be completed.

A new ground traffic centre occupying an area of 350,000m2, similar to the one in Shanghai Hongqiao, will also be opened in front of the terminal, allowing more convenient and comfortable mass-transit experience for passengers. This is in addition to a high-speed railway station connected to the terminal building. From there, bullet trains are expected to run between the airport and Chengdu, Kunming, Xi'an, Guiyang and other western cities.

How important will the role of international traffic be to the future of Chongqing Airport?

The evolution of China's outbound tourism market has stoked huge demand, which has gained the airport an added 50% average growth rate for international passenger volume over the past five years.

However, with the rapid economic development of Chongqing, numerous foreign investors are heavily investing in our city. Presently, more than 260 of the world's top-500 firms - including some of the world's highest-earning companies - have settled in Chongqing, including HP, Cisco, Microsoft, Ford, BP and BASF. The lifeblood of that growth has been the ability of Chongqing Airport over the years to support the addition of new international routes. Therefore, international passengers will be an important growth factor for Chongqing Airport, and we expect the number of new foreign routes and international passengers operating out of the airport to reach 100 and five million respectively by 2020.

What planned new routes will the third terminal and accompanying runway facilitate?

The T3A Terminal and the third runway will inject new vigour and power for the development of Chongqing Airport. The terminal will handle all international flights to provide more convenient transfer services for foreign passengers intending to travel to destinations throughout China. New routes are planned for Melbourne, Auckland, Los Angeles and Moscow by the end of 2017. Chongqing Airport also intends to open international routes to Germany, France and Canada, and introduce an A380 passenger plane for long-distance routes. 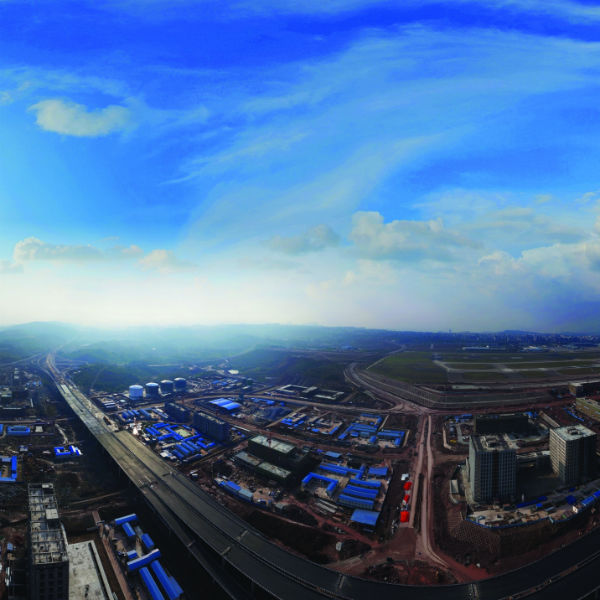 Chongqing’s new T3A facility, expected to open in April next year, will serve as the airport’s international terminal.