For the past two decades, ground-movement radars have been the non-cooperative sensor providing essential primary surveillance input for advanced surface movement guidance and control systems (A-SMGCS). These secure the taxiways and runways in major airports with reference to the EUROCAE ED-116 minimum operational performance specification as a guide.

Over the years, radar capabilities have been optimised to provide reliable data with a low false-alarm rate, based on non-Doppler processing features.

One of the typical detection challenges for the application is tracking real-world objects only, and not false objects such as echoes from vegetation or environmental features like rain and snow. Previously, detecting and tracking moving objects to the edges of runways and taxiways - as well as airside service roads - has been unachievable, as traditional processing requires that the size of the object echo is somewhat larger than echoes from vegetation, soil and fixed structures, for example.

Inbound airborne targets are traditionally detected by primary and secondary surveillance radars (PRS/SSR), and the data is then fused with the ground-movement radar data. However, in many cases, the PRS/SSR is physically located at some distance from the airport. This affects the ability to report the target position accurately, and limits the necessary line of sight required for detection, which consequently reduces the ability to detect airborne targets on the final approach.

With the latest SCANTER radars, Terma introduces enhanced primary surveillance sensors for A-SMGCS applications. The sensor features an additional processing channel operating on the basis of the Doppler principle to enhance detection of moving objects and, consequently, situational awareness on the ground as well as in the approach/departure corridor to a distance of approximately 10km. This additional processing channel operates independently and in parallel with the existing traditional processing channel. While traditional radar data processors are based on a single input from the non-Doppler channel, SCANTER sensors use all available data from both channels in an advanced interacting multiple-model track processor with several parallel Kalman filters. The tracker ASTERIX CAT 10's data output is easily integrated directly into the existing back-end A-SMGCS display system.

The Doppler channel provides primary coverage of traffic in the approach/departure corridors out to 10km with a one-second update rate, compared with the typical PSR/SSR five-second rate.

The Doppler channel extracts moving targets with echo amplitudes weaker than the non-Doppler background, achieving that which is not possible with traditional non- Doppler processing. This allows detection and tracking along the edges of the taxiways and runways, and on the narrow airside service roads

With the applied Doppler processing, strong reflections from edges are eliminated. This is achievable without increasing the false alarm rate. This parallel processing increases safety significantly as the embedded track processor is fed simultaneously by the two data streams.

The Doppler channel provides primary coverage of traffic in the approach/departure corridors out to 10km with a one-second update rate, compared to the typical PSR/SSR five-second rate. The track data has an accuracy of 8.0m in slant range and 3.5m/km in azimuth, allowing accurate confirmation as to whether an inbound aircraft is lined up correctly for the runway in use.

The Doppler channel also provides subclutter visibility. This allows reliable detection of airborne objects during a critical phase of a flight, where accurate primary surveillance data is typically unavailable from any other source.

The Doppler processing available is a further prerequisite for the detection of small moving objects like drones or birds. Based upon sophisticated track-behaviour analysis performed in the track processor, these objects can be classified into the different target types with a high degree of confidence. This allows electro-optical day-and-night sensors to confirm the type of object to the user.

For more than 60 years, Terma has been a leading primary sensor supplier of non-cooperative surveillance solutions such as A-SMGCS. The company's references comprise more than 400 systems installed at international airports on all continents. The SCANTER radars ensure safe transportation of passengers and cargo from the time the aircraft lands to when it is safely parked and ready to unload. Terma's latest generation of hightech solutions and products are developed and designed for use in extreme environments and situations. 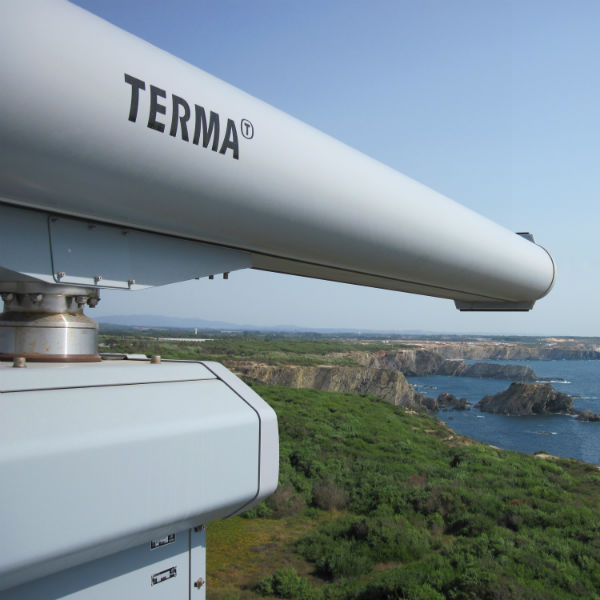