A s a family-owned company of three generations, Kilfrost remains as committed to the innovation, research and development of next-generation products as founder Joseph Halbert was when he developed the first de-icing product inspired by the humble snowdrop.

Constantly innovating to meet its customers' needs, Kilfrost's expert team boasts a number of world firsts across the aviation industry. From the development of fluids for the protection of aircraft during the Second World War, to the introduction of radiator antifreeze used on Antarctic expeditions, Kilfrost's scientists are original pioneers, and its research and development team still leads the way today.

Winter 2017 put a huge amount of pressure on aircraft operations up and down the country, and Kilfrost CEO Gary Lydiate has highlighted the lessons that can be learned from the industry's response.

From late 2017 to early 2018, blasts of cold air brought snow and ice disruption to airports, and several thousand UK flights were cancelled, resulting in passenger disruption and a significant loss of revenue.

"There was a combination of a lack of key raw material, insufficient airfield bulk storage and a stretched delivery network, which introduced risk into the system, almost creating a perfect storm," says Lydiate.

During the winter months, Kilfrost supplied anti and de-icing fluid to 64 UK and Irish airports, equivalent to filling customer bulk storage capacity four times over with 739 tanker deliveries, compared to the 438 tanker movements of 2009. The crucial difference between these periods? The winter of 2009 was classed as having 'severe prolonged cold periods of wintry weather' whereas last winter there were only three periods, each of four days of snow.

Kilfrost estimates that if winter 2017/18 had been a severe winter, the projected number of required tanker movements would have topped more than 1,200.

"There's been a lot of consolidation within the industry," says Lydiate. "The customers are fewer, but bigger. On top of that, innovation within the aviation sector has seen increasing numbers of larger, wide-bodied aircraft, many of which are fitted with composite materials resulting in greater volumes of de-icing fluids being used during the safe preparation for take-off during winter operations.

"The problem is that the majority of airports are limited on the stock they hold, and so they rely on us to deliver. We do this time after time and are proud to say that our service delivery record is second to none. However, it's often forgotten that we are a small to medium enterprise with a big responsibility, driven by a commitment to and passion for what we do, and an ability to respond to demand. The danger of all of this, of course, is the risk of events outside of our control, such as road closures or delivery hold-ups due to increased security around airside access."

As the average consumption per aircraft has increased, customer bulk-storage capacity has remained the same. Kilfrost has identified customers whose supply-to-storage capacity ratio needs to be addressed by significantly increasing capacity on the airfield. This is to cope with the increased consumption in order to improve winter operations and resilience in readiness for next season.

Kilfrost is currently assisting customers to improve their winter operations by providing support and practicable resilience solutions, and using well-established telemetry technology systems with the aim of allowing Kilfrost and its customers to be proactive instead of reactive during future winter events. 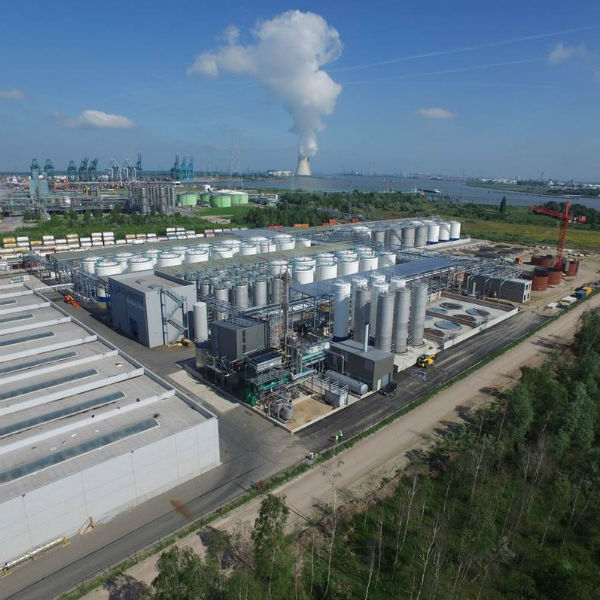 Kilfrost Europe will manufacture its aircraft de-icing and anti-icing products from its brand new plant in Belgium.