Europe’s skies are seeing a trend towards consolidation as smaller operators struggle for success – recent casualties include WOW Air, Flybmi and Azur Air. The process could lead to fewer empty seats and possibly higher profits, but will there be costs in terms of service? Kerry Taylor-Smith investigates with Brian Pearce, IATA’s chief economist.

European airspace is brutally competitive, with numerous carriers competing for the smallest of margins, and all relying on extras such as food, drink and baggage fees to bolster their already decreasing profits. Add to that rising fuel costs, strained worker relations and the potential for a no-deal Brexit, and it is not surprising that there has been a number of carrier casualties in 2019.

The loss of operators and holiday carriers such as Monarch, Air Berlin and Icelandic carrier WOW Air has resulted in the consolidation of Europe’s airline industry as their routes and aircraft have been snapped up by rivals. Indeed, when Air Berlin collapsed in late 2017, easyJet took over its operations in Berlin, Lufthansa acquired its fleet at Dusseldorf and Ryanair obtained a former Air Berlin subsidiary in Austria.

The number of airlines in Europe has fallen from 180 in 2003 to 135 in 2019; since the start of 2018, at least 14 airlines have either gone bust or bankrupt. Europe’s largest regional airline, Flybe, is only just keeping its head above water, while mature carriers such as Lufthansa, Ryanair and IAG – the latter owns British Airways and Iberia – are soaring high. More consolidation is likely in the coming years as further airlines collapse or are taken over by other carriers. Europe’s airline business is structurally competitive, with lots of cities housing secondary airports that compete with centres dominated by a single airline. The sector is fragmented and less profitable than its North American counterpart, and less capacitydisciplined. This practice of decreasing the number of available seats on weaker routes, often to increase them on more profitable ones, more often than not results in fuller flights.

Airlines grouping together and global cooperation between operators, in addition to new-generation aircraft, has opened up markets. Airports are also challenging in a much larger market for airlines, routes and passengers. Experts suggest that this, in addition to rising fuel prices and wage costs, means that we could see more carriers struggling, thus making consolidation inevitable.

“Consolidation is taking place where airlines see scope for efficiencies from economies of scale and the opportunity to provide customers with more destinations and frequencies,” states Brian Pearce, chief economist at the International Air Transport Association (IATA), which represents 290 airlines across the world.

European carriers are finding that they can’t generate sufficient profits in order to invest, innovate and grow at a rate commensurate to their international rivals. Ryanair CEO Michael O’Leary predicts a move towards five major airline groups – Lufthansa, Ryanair, IAG, easyJet and Air France KLM – that could control 80% of Europe’s air traffic within the next five years.

Such operators would be ready to purchase mid-size carriers such as Norwegian and TAP Air Portugal – carriers which, unlike the big players, may not be able to negotiate the same low-cost deals for services or sidestep increasing fuel costs.

It is likely to be regional airlines that will suffer the most; the rapid expansion of LCCs with larger aircraft and a lower cost per passenger have taken over their most profitable routes, and these charter operators are too weak to compete. However, Pearce points out, consolidation is not all about larger operators engulfing smaller ones; it could also be two smaller players joining forces to better compete with a larger incumbent. It also encompasses weaker airlines exiting the market and stronger ones growing their share naturally, rather than large mergers and acquisitions.

“There is no magic bullet for airline success,” he says. “The industry is dynamic and highly competitive – success is neither guaranteed nor easy to come by, as history clearly demonstrates.

“A whole variety of operators with different business models are operating successfully in all regions. As with any business, a strong brand, a clear strategy, effective leadership and a highly skilled, motivated workforce are the backbones of success.”

But what effect would consolidation have on the airlines? It may well lead to fewer seats and higher profits, as well as increased efficiencies.

“In some markets, consolidation – and the resulting efficiency gains – may have contributed to the recent improved airline financial performance after many decades of volatile profitability and generally poor returns to investors,” explains Pearce. “In fact, 2019 is expected to be the fifth consecutive year when the industry will make a return in excess of the cost of capital for investors.”

However, consolidation is just one of a number of relevant factors, and size alone does not guarantee profitability, explains Pearce. Nor is it a given that consolidation would lead to fewer seats.

“It is true that on thin routes, consolidation may mean a reduction in capacity in order to create a financially viable route that can be maintained,” he says. “The alternative may be that the unprofitable route is ceased altogether. Furthermore, capacity growth has continued, even in markets with high consolidation.”

“In some markets, consolidation may have contributed to improved financial performance.”

Airports would be competing in a much wider market for airlines, routes and passengers. Consumers would benefit from consolidation because of the efficiency gains and the scope for combined networks to increase the number of destinations and frequencies.

“What we have seen more recently is that airlines have become better at matching capacity growth more closely with demand,” Pearce explains. “As noted, consolidation often results in more destinations and frequencies. Importantly, consolidation doesn’t necessarily mean competitive forces are weakened – indeed, they may actually be strengthened – which will deliver benefits to the consumer through lower prices, improved services and so on.”

A more sustainable financial position would enable carriers to invest more in their product, says Pearce. For example, there has been a huge investment in new aircraft. These new-generation fleets are more comfortable for passengers and more environmentally friendly; each new generation is typically around 20% more fuel efficient than its predecessor.

“The success of an airline – and any business – means delivering what the customer wants.”

“A more financially stable industry also gives greater certainty to passengers that their airline will stay in business and that the route they want to fly will be maintained,” states Pearce. “The success of an airline – indeed, any business – means delivering what the customer wants, whether that be in terms of product, price, choice network and such. Successful airlines are those that best meet, not ignore, the needs and demands of their customers.”

In 2017, more than a billion people in Europe travelled by air, an increase of 7.3% compared with 2016, but consolidation means there are now fewer airlines to choose from. Consolidation could also result in an airline offering a greater number of destinations and more frequent flights, although flights could become more expensive as add-ons become more commonplace.

It might seem that consolidation is a fairly easy process, but there are potential roadblocks to the process, the biggest being the openness of aviation markets and entry of new airlines, says Pearce. “Many growth markets are not likely to consolidate for many years to come,” he points out. “There are strict rules governing international takeovers of airlines. Current rules restrict more than 49% of any carrier being owned by a foreign entity – in many countries, the threshold is even lower.”

“An exception is the EU, where cross-border mergers within the EU are permitted,” Pearce continues. “The industry has pursued other solutions, such as joint ventures, which are subject to strict competition scrutiny, to ensure that passengers benefit from the joint-venture arrangement. It is not likely in the current political climate that ownership restrictions will be lifted, so that will mean opportunities for cross-border consolidation outside are unlikely.

“In this case we would expect further cooperation and joint venture initiatives, as well as carriers setting up multiple air-operator certificates in different countries.”

Market forces are likely to favour consolidation, even if it is unwanted; in the summer of 2019, TUI chief Fritz Joussen insisted that Europe’s airlines will have to consolidate as a result of competitive pressures. With a significant number of victims already falling prey to the challenging conditions in the industry, it is hoped that consolidation may help to bolster airline profits, while also creating a healthier carrier with good jobs and growth prospects. Airlines have to maintain a balancing act of keeping prices low enough to attract customers, but high enough to cover running costs and remunerate staff accordingly. 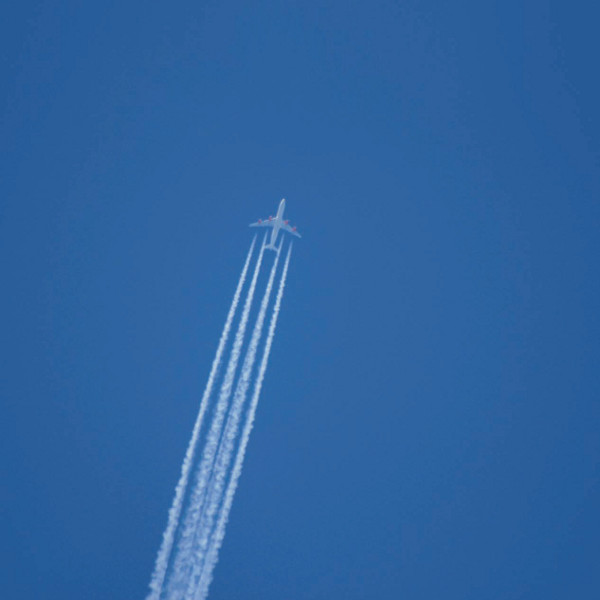 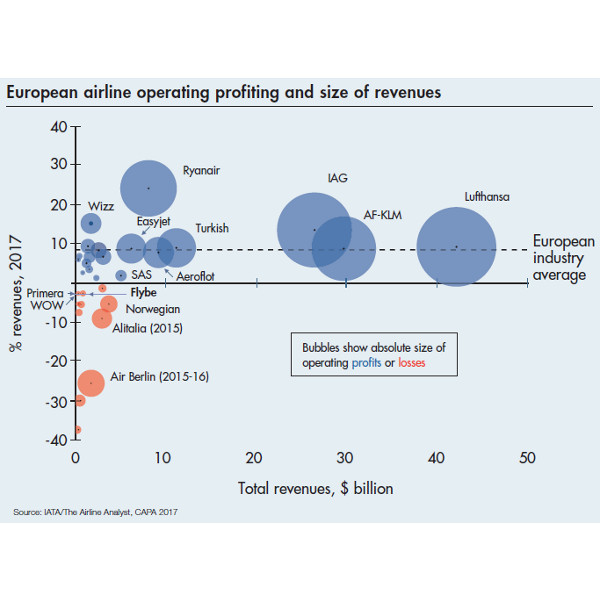 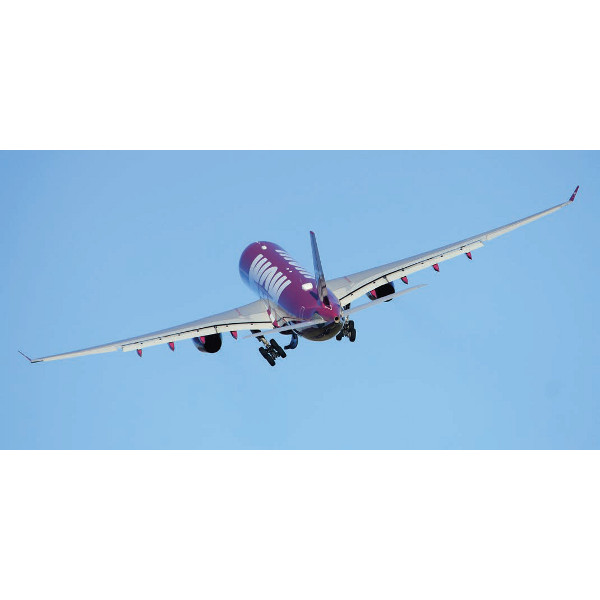 Iceland’s WOW Air became the latest casualty of smaller carriers feeling the pinch when it ceased trading in March 2019.
Post to: