More and more airports are looking to cloud services to give them a competitive edge and improve the passenger experience. Irish airport operator daa, which runs Dublin and Cork airports, is no exception, as Padraic Doyle, president for technology, tells Future Airport.

As the two largest airports in the Republic of Ireland, Dublin and Cork welcomed a combined 30.1 million passengers in 2016.

Of those, 93% passed through Dublin Airport, the country’s main hub, which reported an 11% increase on passenger numbers on 2015.

Such figures illustrate the evolution of Ireland’s main airport in recent years, thanks to the construction of a second terminal in 2010, which has helped the airport deliver direct flights to over 185 destinations in 41 countries on four continents (there was talk of opening a third, but no developments at this stage).

Dublin also carries the distinction of being one of only two airports outside the US and Canada that is authorised to offer pre-clearance services to US Immigration – the other being Shannon, also in Ireland.

This growth has been overseen by operator daa (formally known as Dublin Airport Authority), which runs the hubs in Dublin and Cork.

As well as the day-to-day management of its airports, daa is also responsible for their commercial activities, such as retail outlets and car parks. The group – a commercial semistate entity – also oversees technical activities, which includes the planning, design and construction of infrastructure and facilities.

Put simply, daa has had a busy time of it over the past decade, which has also coincided with a wider IT landscape that has become vastly more complex in recent years.

Moving with the times

Today’s most successful airports are those that took the initiative early on in the digital revolution and pushed through innovation. Cloud adoption has been one of the biggest targets of investment in this area, with a number of European airports turning to technology to pare down queue times, provide passengers with up-to-the-minute information and make bagdrops easier.

A trend has emerged of airports exchanging outdated IT systems for innovative cloud computing services, although some airports have been more active in this area. Across the Irish Sea, the UK’s main hubs – Heathrow, Gatwick, Manchester and Stansted – are seen as leading the way, with a common focus on economies of scale and leveraging the cloud.

On the other hand, the likes of Copenhagen and Zurich airports, despite being recognised for their technological efficiency, have been sluggish in their adoption of cloud computing. In the Middle East and Asia, airports have made even slower progress, adopting a more cautious approach to the cloud instead.

According to technology specialist Amadeus, 80% of airports will have moved to the cloud by 2020. Dublin Airport is one that has made strides in recent years, with daa committing to a series of investments in its technological infrastructure.

In 2015, daa enlisted the help of FeedHenry, a mobile app platform developer, to help expose more data about its day-to-day passengers.

Utilising FeedHenry’s open, cloudbased mobile back-end-as-a-service as a secure layer between the multiple data repositories and the new app, daa was able to pull together data and then deliver it to passengers. This included parking services, live departure and arrival information, check-in services, estimated time to clear security, shopping and restaurant information and weather reports for destinations.

Other investments have followed, as Padraic Doyle, daa vice-president for technology, explains. “In the past two years, daa has made significant investments in moving fully to Office 365 and also in migrating our website hosting to Azure infrastructure as a service,” says Doyle.

“In addition, a number of more recent contract awards, such as our IT help desk system and enterprise asset management system, are being provided as cloud-based solutions.”

And what has been the rationale behind these investments, asks Future Airport.

“The decision to move to Office 365 was driven by the need to improve productivity, provide higher degrees of mobility for staff, enable ease of access for staff to corporate data from their own devices and manage cost,” answers Doyle.

“The move to Azure web hosting was driven by cost considerations and by a desire to build the required skills among our own IT staff to manage cloud- based infrastructure.

“In terms of other decisions for cloud solutions, these are driven by looking for the best fit and what is most costeffective to meet long-term business requirements. In these instances, cloud is an acceptable solution, provided operations resilience, IT security and privacy are not adversely impacted.”

Doyle, who previously held CIO and senior IT management roles with Gulf Air, Air Emirates and Aer Lingus, is responsible for daa’s IT delivery and technology strategy. However, he is eager to stress that daa has not invested in cloud computing for the sake of following a trend. Instead, he says, each solution is judged on its merit as to the benefits it can deliver to its airports.

“daa is not looking to become cloudbased for the sake of it,” he says. “We assess all solutions in terms of cost, business benefit, operational resilience and security. We then select whichever solution best meets the need.

“As cloud matures and more facilities become available, we continue to assess whether there are opportunities at an infrastructure level to pursue more aggressive cloud strategies; for example, migrating an entire data centre to the cloud.”

Nonetheless, cloud has helped contribute to create a more positive day-to-day experience for passengers at daa’s airports, while driving down costs.

“In general, cloud has reduced cost and increased the variety and availability of solutions,” says Doyle. “It has also increased passengers’ general level of IT literacy, and their readiness and capability to engage with IT solutions.”

The real ability to improve day-to-day efficiency and provide better positive experiences is still primarily dependent on the business’s ability to apply these technologies in ways that are meaningful and beneficial for passengers.

And efficiency levels in general? “The real ability to improve day-today efficiency and provide better positive experiences is still primarily dependent on the business’s ability to apply these technologies in ways that are meaningful and beneficial for passengers. But cloud does have the benefit of making it easier and cheaper to run “proof of concept” trials to help determine what will work.”

A 2016 report from the Boston Consulting Group, into the digital transformation of airports, pointed to cloud-based tools as a means of helping increasingly busy hubs achieve operational efficiency. Operational pressures, the report argued, can be better handled on account of the greater visibility and flexibility cloud can afford.

Doyle, though is not so sure about this assessment.

“Cloud technology per se only has a limited impact in alleviating operational pressures,” he says.

“It helps in so far as it can simplify some projects and achieve quicker time to market in some instances, but the primary challenges and delays in implementing any project continue to be around change management, testing and ensuring there are no unintended negative consequences on our business. In cases where smallscale, low-impact solutions are needed, then cloud solutions can achieve significantly faster turnaround.”

Cloud adoption at airports is still far from universal. In an interview with Computer Weekly, in 2015, Gatwick Airport’s then CIO Michael Ibbitson claimed progress was being slowed by concerns among airlines about sharing passenger data with airports. He argued there was no clearly defined understanding between airports and airlines over who owns the relationship with the passenger.

Doyle, however, again demurs. “Issues arising from airlines’ willingness to share passenger data or not are largely unaffected by whether solutions are cloud based or not,” he says.

Instead, the main roadblocks around implementing cloud-based services concern data security and availability.

“The big challenges tend to be around assessing IT Security, GDPR [General Data Protection Regulation], compliance, and disaster recovery options if network access to a cloud-based solution is lost.”

GDPR compliance challenges and the cloud

As noted by Doyle, the new General Data Protection Regulation (GDPR), which came into play in May 2018, impacts significantly on all enterprises using cloud computing. One of the biggest challenges around cloud computing is its connection to sensitive, entrusted information. Despite cloud’s undisputable advantage, any enterprise, such as daa, hosting sensitive information in the cloud runs the risk of it falling into the hands of third parties as a result of uncontrolled distribution.

Deloitte, in a recent report on GDPR’s impact on cloud computing, offered the following advice: “If your enterprise is using cloud service providers, it is necessary to have a good overview of your data lineage. You want to know where the data is stored, how it can be transferred and what access possibilities you have to your own data. The location of your data is important to determine applicable law. You also want to check whether the security measures the cloud provider has taken are sufficient. An audit can be a good measure to do an assessment on these measures, so you want to incorporate this right in your agreements.”

daa in a nutshell 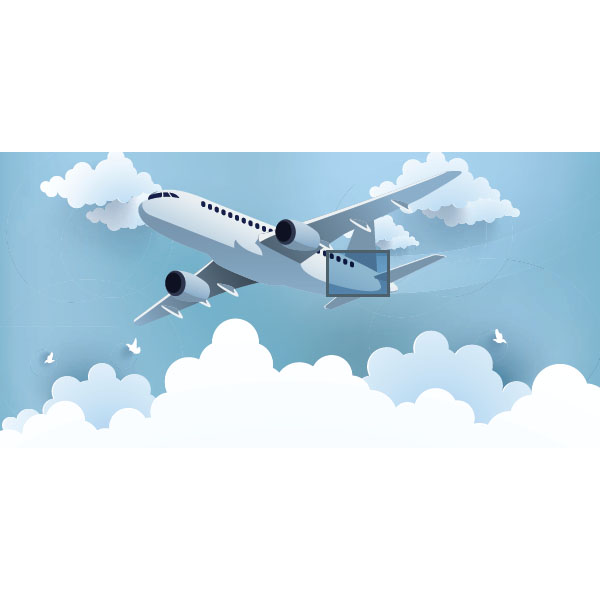 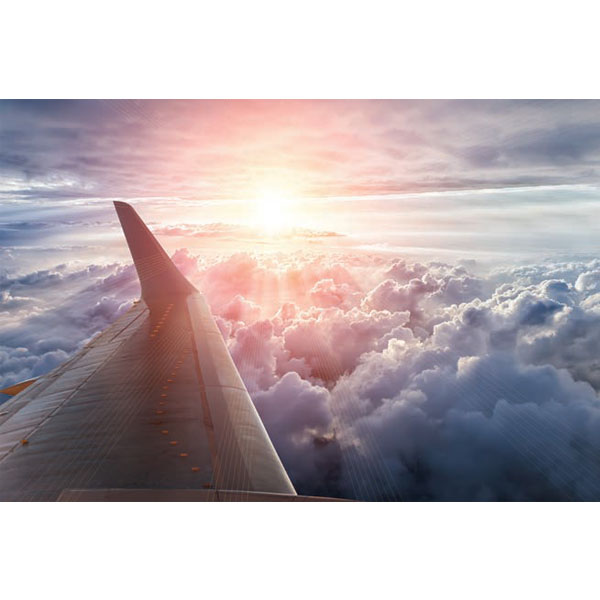 It is predicted that 80% of airports will have moved to the cloud by 2020. 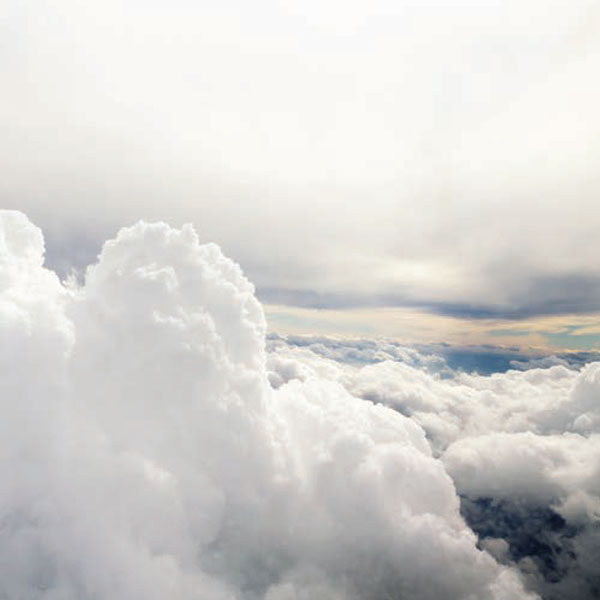 Cloud storage is helping airports to reduce costs and is providing them with new solutions to old problems.
Post to: