Leave at the top

The president and CEO of Flughafen München (FMG), Dr Michael Kerkloh, has experienced a long and successful career in aviation; under his watch, Munich Airport has been bestowed with the title of ‘Best in Europe’ 12 times. As he prepares to step down from the role he has held since 2002, he talks to Grace Allen about his successes at Munich, the changes he has witnessed and his expectations for the future of the industry.

At the end of September this year, the Official Airport Guide announced Munich as one of the world’s top aviation hubs, placing it in the top five on its list of the best-connected airports. Dr Michael Kerkloh, CEO and president of Flughafen München (FMG), was delighted. “That’s quite an achievement,” he says. “I was surprised for myself, by the way.”

Munich’s rise up the rankings cannot have come as a shock to many though. In the 17 years with Kerkloh at the helm, accolades have been plentiful. Named ‘Best in Europe’ by airport consultancy Skytrax 12 times, Munich is still Europe’s only five-star airport, a status granted in 2015. Beyond this, Kerkloh has overseen extensive expansion, with a new terminal opening in 2003 and a further satellite terminal in 2016. “I always say our staff can be very proud of what they have achieved,” he says.

With a doctorate in economics and successful stints at Frankfurt and Hamburg airports before taking up his position at Munich, Kerkloh brought extensive knowledge of politics and policy as well as practical experience to his role. It’s typical that now, as he prepares to retire, the handover to his successor – Jost Lammers, the CEO of Budapest Airport, who takes over at the beginning of next year – has been expertly managed. “My successor is already introduced and we have a soft transition, which is very good,” he explains.

I ask Kerkloh what it is that has set Munich apart from its European contemporaries – something here is clearly going right. He’s considered and precise in his answer, happy to address the topic in depth. He starts by noting the benefits of development on a greenfield site, which allowed master planning that remains functional and continues to provide room for expansion. Subsequent success didn’t just fall into place, though. “We had a good chance, although I wouldn’t say that we were lucky,” he explains.

Instead, it’s evident the continued success at Munich is a product of attention to detail and strong strategic vision. A case in point is a solid understanding of identity. “We always positioned ourselves to be a high-end airport,” Kerkloh continues. “Which, for example, also addresses details like that we want to have good architecture, and a good design.” This is further reflected in the approach to low-cost carriers – under-represented at Munich, Kerkloh says, when compared with other large airports.

Then there’s the long-established relationship with Lufthansa, which Kerkloh describes as a cornerstone of Munich’s development: “I always wondered why this model has not been copied in Europe.” Terminal 2 was a joint venture between the partners. The airline uses Munich as a base for a significant part of its fleet, and a strategic traffic agenda with Lufthansa has, Kerkloh says, been “very favourable”.

Communication emerges as a central tenet in Kerkloh’s management style, and one he will return to repeatedly throughout our conversation. He emphasises that this is the bedrock of the mutually beneficial association with Lufthansa. “Relationship management is always communication, and it needs the right people at the interface between the airport and the airline,” he says. “But we have developed that quite well. And I’m quite proud of it.”

More recently, the airport has turned to diversification, embracing the growing trend towards the aerotropolis. It’s a transition from city airport to airport city, as Munich’s director of international media relations, Corinna Born, has described it.

Kerkloh puts it another way, saying “the airport has become a complex business model”. As well as revenue generated from parking, food and beverage and retail, FMG also now has a role as a developer, owning a hotel on-site; the creation of an innovation campus intended to house research, start-ups and established businesses is under way too. “That’s a development that will take another 10 years until we have a good mix – we are, at the moment, in the acquisition phase of getting these partners to the airport,” Kerkloh says. “But that’s one of the new sources of income that we have as a developer.”

This diversification, though, is approached with the same meticulousness that characterises all of the operations at Munich. Kerkloh has a keen sense of the balance that needs to be maintained. “It should not be over commercialised,” he says. “When you look at airport models, sometimes I get a bit unnerved by the corporate commercialisation level because every square metre has to earn some money. We don’t do that. Because it’s all about balance, and the passenger, I think, at least subconsciously, notices the balance.”

How the passenger experiences and understands the airport is vital to Kerkloh – and it goes beyond simply finding it a pleasant or even relaxing place, but encompasses how it is perceived in a more holistic sense, as a business but also as part of a society. “Our currency is trust,” he says. “You have to be trusted. That of course also means in your communication, you have to be truthful, [that] you don’t cheat. You have a mature and valuable attitude towards everybody you communicate with.”

In recent years, however, a note of tension has entered the relationship between the industry and its customers. Growing awareness of the carbon emissions associated with flying means that the trust Kerkloh mentions may become harder to win. “If you want to be taken seriously, or as a serious stakeholder in this issue, we have to actively go forward,” Kerkloh says. “So having carbon-free targets, which we have in Munich – being as fast as possible in reviewing our processes and implementing climate-friendly technology, for example.”

In the end, though, this is a problem that has to be addressed across the whole industry. While, as Kerkloh stresses, all airports must have a stringent climate policy, the carbon footprint of an airport is extremely small when compared with an airline.

Kerkloh points out that sustainable fuel remains four times as expensive as regular kerosene; a move to large-scale production to reduce price, as well as government support and European or worldwide regulation, is needed to make this an attractive business proposition for airlines. But progress is slow. “It is possible to make aviation sustainable, there’s no doubt,” he says. “But our problem is speed.”

This is an area in which he believes the role of an airport CEO is changing. “We also have to face and have a position on the new societal questions,” he says. CEOs need to voice opinions and work to effect change in industry organisations. “It’s not only, you know, a business thing. We are, in the end, also leaders that have to address other questions.”

However, the industry and its CEOs also have to grapple with providing the answers to another, seemingly contradictory, societal conundrum. While moral unease about flying is growing, so is worldwide demand for it. “Everybody knows – at least experts know – that air travel will double within the next 15 years,” Kerkloh says.

He believes analogue expansion, investment in physical infrastructure to cope with colossal increases in passenger numbers, is crucial. But in Europe, at least, this isn’t happening. Support for large-scale projects like this is thin on the ground. “All airports will have a big, big capacity challenge, because I don’t see any big developments. I mean, we have a new airport, for example in Istanbul, but that’s all.”

Munich’s strong initial design means the airport, unlike many others, has room to grow – and plans for a third runway were approved in 2015 by Germany’s Federal Administrative Court. But now, the project is on hold. “In the end, it’s a political matter, and the current coalition in Bavaria has excluded the third runway project from their work programme,” Kerkloh explains. “The next chance is in 2023, but then it will take about another seven years to get to operation. So this is sad to know because, in the end, we have congestion at the airport everywhere.”

In the meantime, Munich Airport will have to focus on digital innovation to cope with rising numbers. Here, the state-owned airport and its “old-fashioned business model”, which has avoided privatisation and outsourcing, may have an advantage – it has access to data from retail, parking and other retail streams, which can be used to optimise and personalise services.

“We will partly manage that with innovation, technology and optimisation, but it’s not really a good long-term plan,” Kerkloh admits. “And so we simply need more analogue capacity, otherwise it will get very uncomfortable.”

He sees the answer in his constant watchwords: trust and communication. However, to further complicate the matter, just as the industry’s need to communicate effectively with its customers becomes increasingly vital, it now has to grapple with the format, tone and medium of social media.

“When we use social media as communication channels and look at the likes or clicks of what we post, factual news get the least votes or clicks; emotional always gets double, three times, four times,” Kerkloh says. “That’s something that’s difficult to accept, but it is like that. You cannot win a debate today with facts only.

“You have to reach a status that people love the airport,” he continues. “Then they will trust you, and you may then have enough support to do big things.”

In an age when booking air travel is increasingly accompanied with a creeping sense of ‘flight shame’, such an ambition may seem outlandish. Kerkloh is optimistic, though. “Individually, people like airports [and] like flying,” he says. “As a social group, they don’t, or they at least are sceptical about the industry. But individually, everybody likes it. And the biggest part of [why] people who fly like it is because it’s still special.” 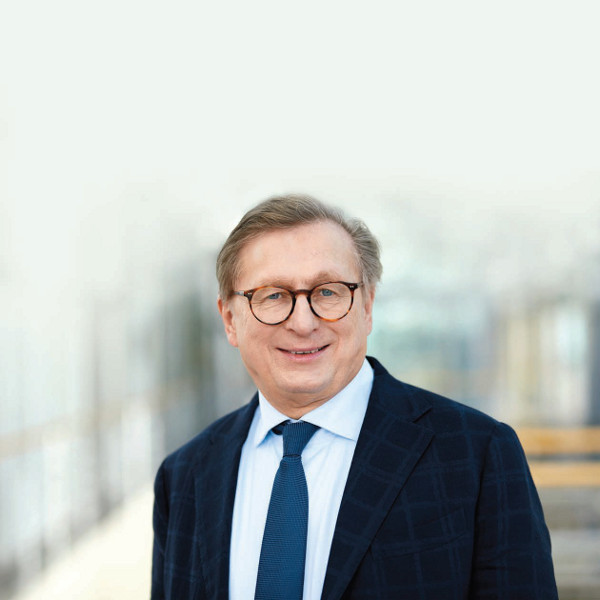 Dr Michael Kerkloh is set to retire at the end of the year after 17 years as FMG CEO.