Get off the ground

Covid-19 has brought the aviation industry to a standstill, decimating passenger flight schedules. As the crisis abates, airlines are keen to start resuming operations. Irenie Forshaw talks to Abby Penston, CEO of Focus Travel Partnership, and Darren Ellis, lecturer in Air Transport Management at Cranfield University, about which services will be rebuilt first, and where.

Grounded passenger aircraft lined up on runways are a haunting reminder of the impact the coronavirus pandemic has had on the aviation industry. Airlines around the world have been left reeling from the introduction of travel restrictions and the resulting decline in flight demand. Many have seen passenger numbers drop by at least 95%. According to the International Air Transport Association (IATA), the industry is set to lose $252bn this year alone.

“You only need to turn on the news and see the grounded aircraft and empty tourist destinations to realise how massively our industry has been impacted,” says Abby Penston, CEO of Focus Travel Partnership, a UK-based travel consortium for independent travel management companies. “There is so much uncertainty for airlines, which makes it difficult to plan ahead.” Carriers have been operating at severely reduced capacity and most remaining operations are either repatriation missions or cargo flights delivering vital supplies of food and medicine. The grounding of passenger aircraft has led to a global shortage of freight-carrying capacity and airlines have had to adapt their aircraft to carry supplies. Lufthansa has been using many of its passenger aircraft specifically for freight, while Japan’s All Nippon Airways has been transporting masks and test kits in the passenger seats of its Shanghai-Haneda flights.

Focus Travel Partnership brought together a group of its members to set up a short-term emergency repatriation service aimed at bringing stranded UK nationals home. “There was a call to arms and within 36 hours of concept, the service was up and running, and bookings were being made,” says Penston. “It was mainly parents wanting to get their backpacking kids home or misplaced business travellers who just weren’t getting the right advice.”

As countries closed their borders, airlines have been faced with difficult decisions. “When your business ceases to operate almost overnight, there are huge practical challenges,” explains Darren Ellis, lecturer in Air Transport Management at Cranfield University. “Airlines need to find the space to park their fleet of grounded aircraft and work out how to keep necessary flights operating with limited crew.”

Struggling to cope with the economic impact of the pandemic, the sector has been forced to furlough or suspend thousands of their employees. “It’s problematic as you want the staff to be there for when things start improving,” says Ellis. “I think working out the labour side of things is going to be a real test.”

Although the industry has managed to bounce back from crises in the past, recovery from the Covid-19 pandemic may be harder. “Airlines are facing what is likely to be an extended U-shaped crisis,” says Ellis. “It’s different from the more V-shaped crises of the past like 9/11 and the 2008 financial crash. We don’t know at the moment how long the bottom of the U is going to be.”

For many airlines, government support has been critical. In April, Air France-KLM secured €9bn in aid from French and Dutch authorities, contingent on the carrier scrapping some domestic flights to improve its environmental credentials. Meanwhile, Italy has renationalised Alitalia, and easyJet has managed to secure a £600m loan from the UK government. “National responses will be central to how the industry responds to the pandemic,” says Ellis. “We’ve seen governments stepping in to provide help and tax relief. Ultimately, if you have a country that is backing an airline, the carrier is no longer solely reliant on generating profits to stay in the marketplace.”

For Penston, rebuilding confidence is key. “We need to have a global standard that makes us feel comfortable enough to get back into travelling again,” she says. “As a business traveller, I’d want to know that I can expect the same standard between airports.”

Since the introduction of travel restrictions, many airlines have been running a skeleton schedule, with the hope of gradually adding flights and increasing capacity in time for summer. In order to keep their aircraft operational, Ryanair has been running ghost flights around their airports with no passengers on board. “I think a lot of airlines want to keep at least a little bit of a network going so that they’re in a position to ramp up services as restrictions ease,” says Ellis.

The first green shoots of recovery have been seen in China’s domestic aviation market, with flight and passenger numbers starting to tentatively rebuild. “It’s not surprising that we’re seeing recovery happening first in domestic air markets,” says Ellis. “National governments that have quite a bit of control and oversight of what’s going on are able to keep their international borders closed, while at the same time trying to support and restart the industry.”

In early May, Budapest-based Wizz Air announced six new routes launching in June from London Luton to popular holiday destinations including Corfu and Marrakesh. By the start of June, easyJet had revealed its plans to resume services, and launched a campaign to sell one million flights for £29.99 each. The low-budget airline is aiming to fly half of its 1,022 routes in July and almost three quarters of its network by August, although at a lower frequency that would amount to under a third of its average peak season capacity. Both airlines will be operating with enhanced cleaning measures and mandatory face masks.

However, the resumption of flights is dependent on the lifting of travel restrictions. The UK government’s decision to introduce a 14-day quarantine on all arrivals has been met with frustration from some airline executives. “Restrictions have really put a damper on demand,” says Ellis. “It’s challenging to move beyond those couple of percentage points of a total path network while they’re in place.”

Penston echoes this sentiment. “There’s been so much vagueness around restrictions and instructions,” she says. “If the travel industry can get more clarity, direction and support, I think it could bounce back a lot quicker.” Both Ellis and Penston are cautious of the risks that come with resuming flights too quickly. “I think a lot of countries want to salvage a bit of the Northern summer season,” says Ellis. “There’s understandable enthusiasm to get the industry back up and running as fast as possible, but as things open up individual air markets may have to reinstitute some limitations if the virus takes hold again.”

“It has to be done responsibly,” Penston adds. “There’s no point in rushing anything through at the expense of people’s health and well-being.”

The aviation industry is set to lose in 2020 alone due to the Covid-19 pandemic.

Loaned to easyJet by the UK government to help it through the current crisis.

There have been discussions around creating ‘travel bubbles’ as a potential way forward, which would allow people to move freely between two or more neighbouring countries. “Australia and New Zealand are getting things under control quite well at the moment,” says Ellis. “There’s talk that by September they might have an air bridge between them that could be extended to Fiji. International travel is going to be a patchwork of different agreements around the world.”

In Europe, Ellis believes intercontinental flying will become easier as countries rebuild confidence. “At the moment, individual European countries seem to be operating on a bilateral country-tocountry basis with who they’re letting in,” he says. “I think as they begin to feel assured that things are under control, and when they’re able to make decisions based entirely on the Schengen area, there will be a more cooperative pan European approach.” Longer term, there is cautious optimism for the future. “We’re hopeful there will be a vaccine and the roll-out of cheaper, faster testing,” says Ellis. “Capacity on individual routes may be suppressed for a period of time and we will see airlines struggling for a number of years, but I personally think the industry is going to get back on a trajectory of growth that we saw in the decades before this pandemic.”

“It’s not going to happen overnight,” adds Penston. “But I think if we get those global standards right, we will be able to return safely and responsibly to travel.”

Routes’ fl agship route development event, World Routes, will take place on 14–16 November in Milan, Italy. This year’s event will play a pivotal role in supporting the recovery of the aviation industry by facilitating conversations that will drive future growth for route networks around the globe.

World Routes 2020 will provide a platform for the world’s airlines, airports, tourism authorities and aviation stakeholders to meet, discuss new air services and build route networks that can create long-term economic success and drive the industry into recovery.

The event will also feature a conference programme of senior fi gures from across the industry, with recovery featuring as the core topic on the agenda. With panel discussions, CEO interviews and airline briefi ngs, World Routes 2020 will act as a vital meeting point between industry leaders around the globe as the sector moves towards reconstruction.

This year World Routes will take place just before the IATA Slot Conference in Barcelona, Spain, on 17–20 November. The two events will be crucial for the wider aviation community, and both IATA and Routes see this week as a focal point to further support the recovery of the industry.

Visit www.routesonline.com/events/212/world-routes-2020 to learn more about World Routes 2020 or to register your place for the event. 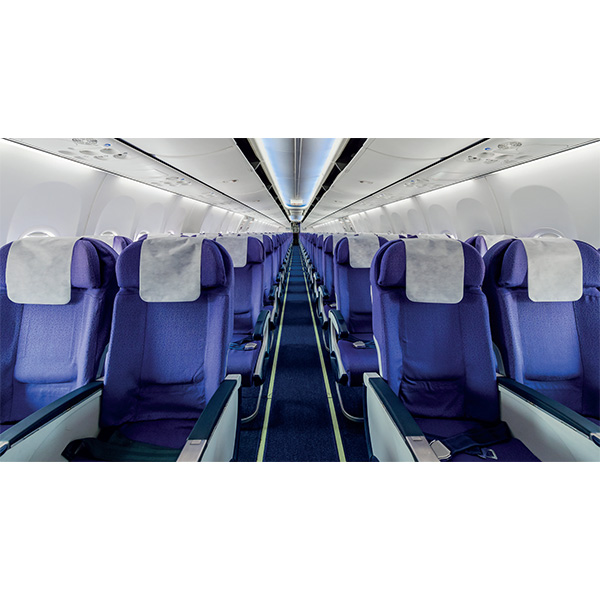 Some airline have been running ghost flights around their airports with no passengers on board, in order to keep their aircraft operational. 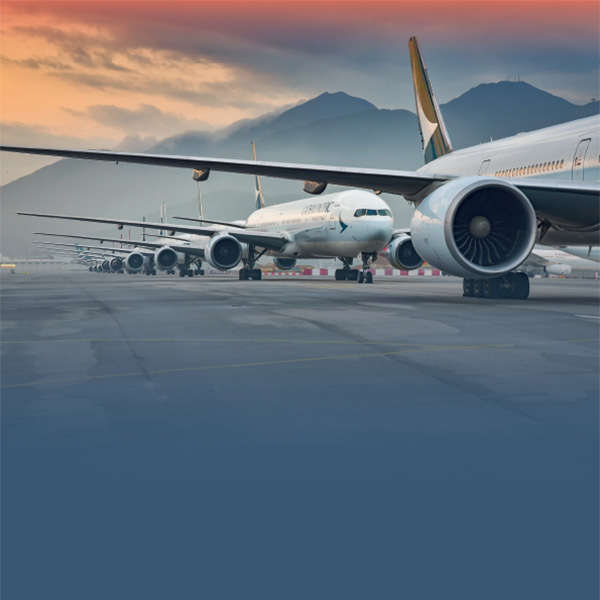 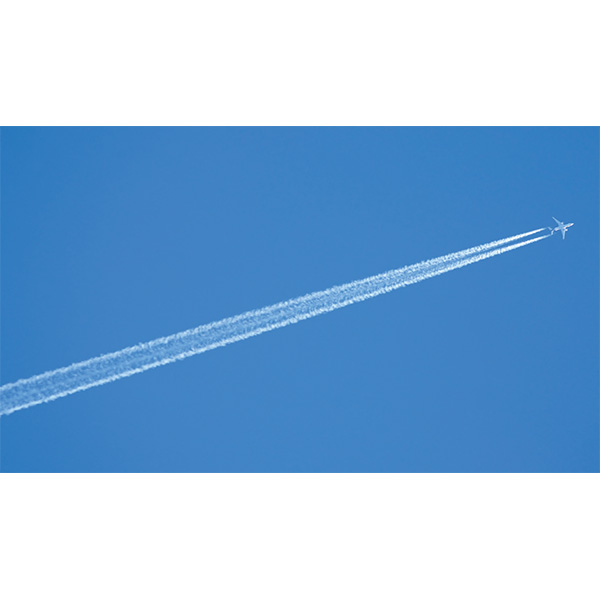 Airlines are hoping to gradually add flights and increase capacity in time for summer.
Post to: