Check out the new check-in

Capacity challenges mean that attention is turning to services that can simultaneously enhance passenger experience while saving terminal space. As the check-in process undergoes significant change, how can airports take advantage of new technologies to reduce queues and benefit operations? At a roundtable held by Future Airport in partnership with eezeetags, industry experts discussed the place of check-in as airports go seamless.

The rise of technologies and processes such as biometrics, self-bag-drop and seamless flow has the potential to render the traditional check-in desk obsolete. Questions remain, however, about how to fill the gap left by a once-vital customer interaction and whether the innovations that make the most sense to airports and airlines will be embraced with as much fervour by passengers.

At a private dinner and roundtable event hosted by Future Airport and eezeetags, experts from airports around the world – from Heathrow and Schiphol to La Réunion and Aruba – debated changes in the customer journey and how to create solutions in partnership with all stakeholders. The Hilton Doubletree near the banks of the Thames in East London proved a fitting location, with views of aircraft arriving into London City Airport as the sun set.

Chairing the discussion was Thomas Doogan, head of commercial operating revenue at easyJet, who began by emphasising a theme that would recur throughout the evening – the centrality of customer experience. He contended that, for easyJet, increased automation did not mean getting rid of staff.

“It’s about making sure that the staff who are there, our crew, are able to actually give the customer just customer service,” he said. The idea was also put forward by Borry Vrieling, founder and executive director of eezeetags, who dwelt upon the shift from ‘passenger’ to ‘customer’.

The perfect end-to-end customer journey might not yet exist. “Of course, full end-to-end means the customer never has to see their bag at all, and it’s in the resort, unpacked – lifestyles of the rich and famous,” Doogan joked. Nevertheless, the roll-out of off-site bag pick-up is already under way.

Transport is my bag

While this is an example of an innovation that has streamlined the check-in process, reduced terminal queues and catered to passenger needs, it has primarily been an offering for first-class and business customers. For Kim Laursen, head of baggage design at Heathrow, though, it’s a future priority.

He pointed out that even if airports don’t want to get into the business of collecting luggage from passengers’ homes or other locations, other industries will – behemoths experienced in transporting goods, like Amazon and DHL. “So we either choose to be in that forum or people will ride past us, and we will have a baggage system that will be very expensive to run,” he said. “We will have a low number of bags hitting the baggage system and the check-in, which is not what we want.”

Another very different but equally important result of how passengers choose to take their bags to the airport is linked to sustainability. “Because of our third runway, which everybody knows about, and because of our Heathrow 2.0 environmental requirements, we don’t want people to travel with their own bags into the airport,” Laursen explained. “If you are without your bag, you’re much more likely to transport yourself by a train or public transport. So we need to get rid of that bag before you start travelling to our airport.”

The physical place of check-in is certainly diminishing – when asked about how she viewed the future of the process, Royal Schiphol Group’s director of consumer products and services, Tanja Dik, replied “as small as possible, and as seamless as possible”.

The removal of this stage for passengers using selfbag- drop or travelling only with cabin baggage has already affected the customer journey, and while a more fluid process with fewer barriers – such as having to present documents at a desk – is of benefit to many, it has also created a new issue downstream.

“If you look at the business model we’ve all created from a technology, airline and airport perspective, we’ve created a model where we’re driving the first and only potential customer interaction with the people least recruited for their customer experience in the business,” pointed out Ian Cowie, London City Airport’s director of customer operations.

“Because of mobile boarding passes, commonuse self-service machines and everything else, we’ve decided that a security person that says, ‘take your laptop out; liquids and gels into a separate tray’, is your first customer interaction, potentially the first customer experience you have in an airport,” he said. “And we don’t recruit those people for customer experience.”

In the past, the check-in desk provided not only a service but also a welcome to an airport and a journey – and without that, the friendly greeting that makes such an important part of customer interaction falls on security personnel, whose task ostensibly has nothing to do with making customers feel comfortable. Conversation was animated as the attendees shared their views on how to solve this riddle.

Dik explained that Schiphol was working on improving the customer service aspect of the security checkpoint, with direct feedback systems now in place. “We show them how the passengers feel after they have encountered a smiling officer,” she explained.

Maurine Crabb, baggage strategy implementation manager at Heathrow, outlined her belief that a change in how security staff relate to passengers is not about shifting priorities towards customer service, but using the emotional intelligence we all make use of in our day-to-day interactions. “They do it every day – it’s not about being a hero,” she said. “It’s just everyday noticing, caring and doing something about it.”

Crabb went on to point out that this is an approach that has to be company-wide and goal-oriented. “It’s giving people a reason to understand why they’re doing what they’re doing. And linking it to the bigger picture – company strategy,” she said.

It’s possible that in the future biometrics will completely transform security, but in the meantime, it’s certainly influencing how the industry sees check-in developing. “Our focus at the moment is on biometrics,” stated Paul Westwood, senior global procurement manager at Collins Aerospace.

At Aruba Airport, the ‘Happy Flow’ process provides a completely self-service passenger journey, from curb to gate. “It’s very clear that the biometric technology, camera and capturing just work,” said Shensly Tromp, Aruba Airport Authority’s IT director. “So now it’s a question of how do you get that to the masses, because that’s the biggest challenge we have.”

Aruba Happy Flow is limited to just one airline. The difference in technological adoption between airports is also affecting customer experience, as certain airlines resist the move to automation.

Automation is no panacea

There are factors that cause some to express caution about a full removal of the check-in desk, however. “This is about demographics,” said Heathrow’s Kim Laursen, pointing out that older customers may be resistant to changing a process they are familiar with. “We are naive if we think we currently don’t need it at all.”

“Because of mobile boarding passes, commonuse self-service machines and everything else, we’ve decided that a security person that says, ‘take your laptop out; liquids and gels into a separate tray’, is potentially the first customer experience you have in an airport.”
Ian Cowie, London City Airport

The importance of the customer’s choice is something that airports need to bear in mind – and if a customer wants a check-in desk, perhaps it’s the airport’s responsibility to meet that preference. Ian Cowie was strong on the point that the customer journey is owned by the customer.

“We don’t own the journey, the airline doesn’t, that’s long gone,” he said. “So to carry that off, we almost need to design a customer journey that allows the customer to interact with people when they want to, rather than when we want to, which is typically how everything’s designed at the moment.” 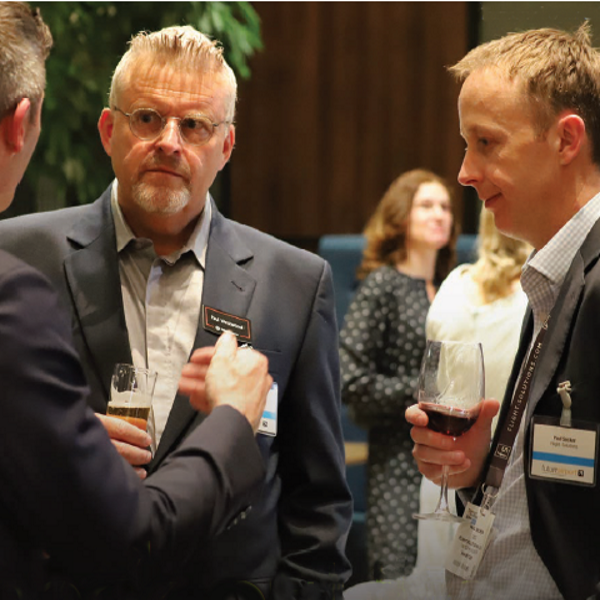 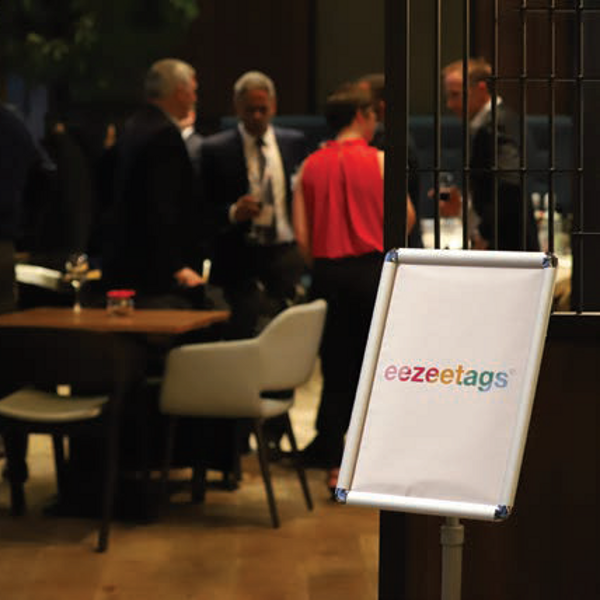 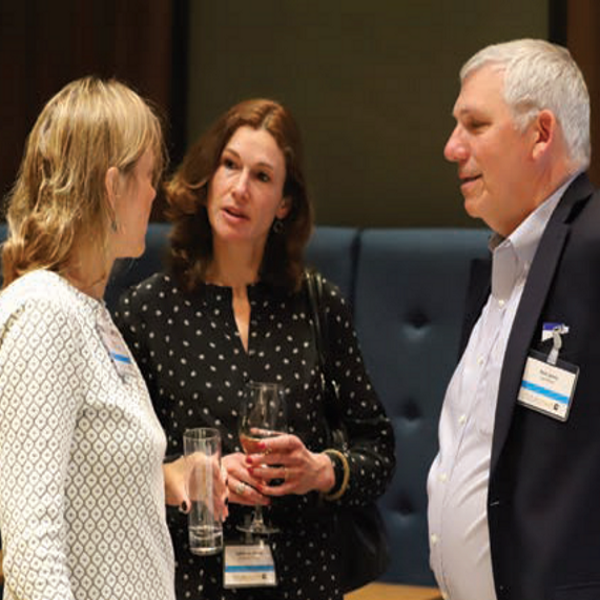 experts from across the industry gathered to discuss the future of check-in. 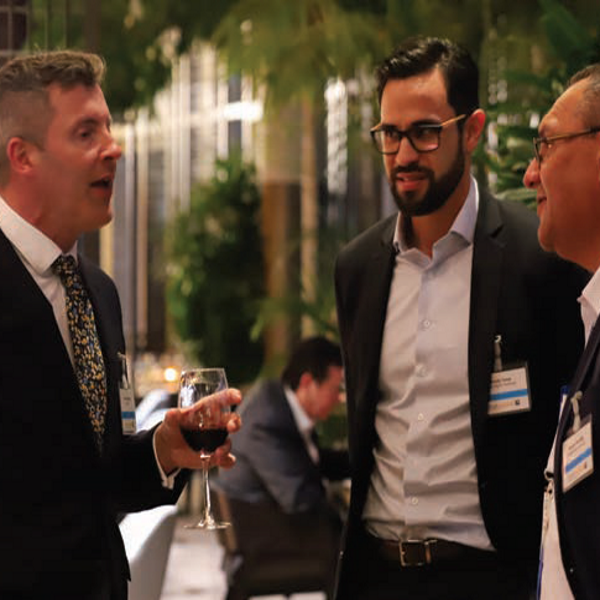 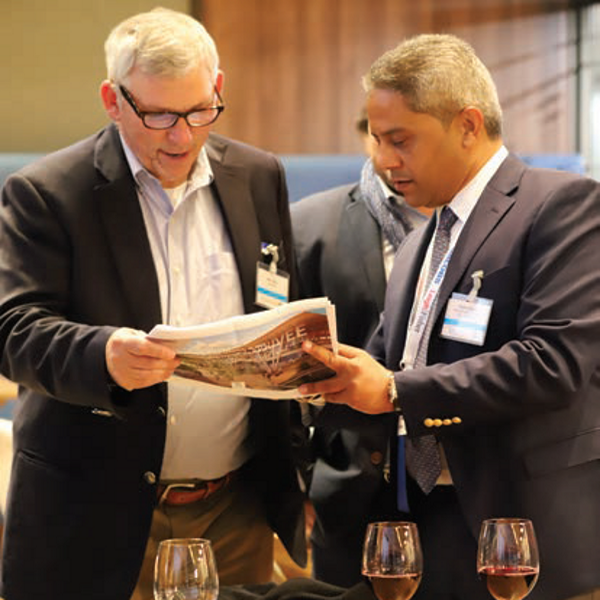